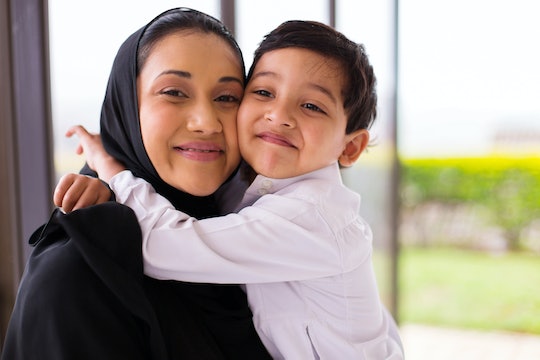 More women are starting families compared to 10 years ago, but they're waiting longer to have babies, according to a new analysis of U.S. Census Data from the Pew Research Center. The analysis found that, at the end of their childbearing years, the share of U.S. women who have ever given birth was higher in 2016 than it was a decade prior. Women are having more children now, too, but the research shows that they're certainly holding off a bit longer for a wealth of reasons.

According to the study, the Great Recession had intensified the shift toward later motherhood, which has been driven in the longer term by increased education, evermore women in the workplace, and delayed marriage.

"Given these social and cultural shifts, it seems likely that the postponement of childbearing will continue," the report suggested.

Previous research also supports these claims. Healthline’s State of Fertility Report 2017 found that more than half of millennial women and men are delaying parenthood for career security and financial reasons. In fact, not only are more women working than ever before, but more women are working past the age of retirement than ever before, too, according to TIME. So they're working harder and longer and, naturally, family plans are taking a backseat.

Nonetheless, the number of unmarried women (and never have been) with children nearing the end of their childbearing years — typically between 20 to 35 — had risen from 9 to 15 percent over the course of 20 years, from 1994 to 2014, according to the Pew Research Center analysis. What's more, 55 percent of these women have at least one child, which is indeed a noticeable increase from two decades earlier, when only 31 percent of never-married women in their early 40s had given birth, the Pew Research Center analysis found. So marriage doesn't seem to have had an affect on birth rates.

The share of women who have been married and have become mothers was 90 percent in 2014, compared to 88 percent in 1994 — so it stayed relatively similar.

The analysis seems to contradict previous research on the subject that has led people to believe that women are having fewer babies than ever before. According to 2016 population data from the Centers for Disease Control and Prevention, the number of births fell one percent from the year prior, bringing the general fertility rate to 62 births per 1,000 women ages 15 to 44.

There are a gamut of reasons as to why the births could be falling, and one is perhaps because Americans are having far less sex than ever before, according to a study published in the Archives of Sexual Behavior. Plus, those who are having sex to conceive are experiencing more age-related complications (since they're waiting longer), and that's coupled with the fact that men’s sperm counts have actually halved in less than four years due to obesity, climate change, lifestyle influences and prenatal chemical exposure, according to Scientific American.

The Pew Center for Research acknowledged the fact that more women are becoming mothers could be due to the what researchers called "a post-recession 'baby bust.'" The center published an article explaining that each trend is based on a different type of measurement.

"The analysis here is based on a cumulative measure of lifetime fertility, the number of births a woman has ever had; meantime, reports of declining U.S. fertility are based on annual rates, which capture fertility at one point in time," it reads.

This all means that changes in motherhood seem to be less about year-over-year fertility rates and more about a general shift in timing. And even if evermore couples struggle to conceive due to pregnancy complications resulting from age (or low sperm counts), there are more options available to them than ever before. In vitro fertilization (IVF), for example, is on the rise, and studies suggest that more couples will likely opt for IVF going forward. While it is still a relatively new procedure and awareness of it is still growing, the number of egg freezing cycles has increased 15-fold in 10 years, according to Sexual Health Magazine.

Ultimately, couples and single women alike are still starting families... just after women do their own things for a minute. I'd say that's a pretty darn beautiful thing.