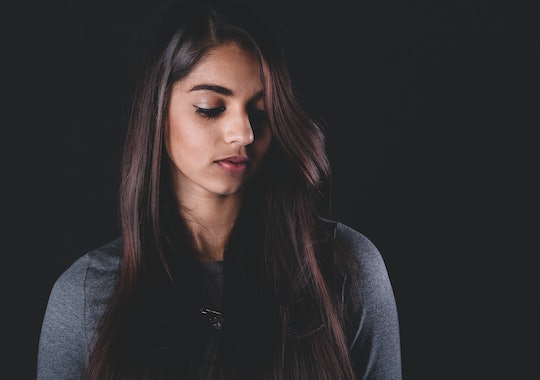 It takes two to make a baby, so shouldn't it take two to prevent one? A recent study finds that, by and large, women bear physical and emotional burdens of pregnancy prevention to a greater degree than their male counterparts, with clinicians often helping to reinforce the idea that it's a woman's primary responsibility to do so. Rather than aim for equality, it seems that reproductive responsibility remains disproportionately up to women.

Published by a reproductive health research organization called Advancing New Standards in Reproductive Health, the study analyzed data from 52 contraceptive counseling appointments in the San Francisco Bay area. According to a press release, in addition to findings that "clinicians normalized and legitimized women assuming the mental and emotional burdens of contraception," the clinicians even frequently "expressed doubt or surprise or even dismissed women’s desire not to have children in the future." Thus, impermanent contraception methods — requiring maintenance from the women who use them — were most frequently recommended. In fact, even when men are seeking out their own methods of pregnancy prevention — namely, a vasectomy — women frequently do most of the work researching and arranging the procedure.

Katrina Kimport, Ph.D., author of the study, and sociologist at ANSIRH, insists that these assumptions need to change. "This situation is not inevitable – men could assume much of this [reproductive] responsibility," Kimport noted in the same press release. Still, the there are plenty of indications that the situation might worsen. "If Congress repeals the Affordable Care Act’s requirement that health insurance covers contraception," she continues, "the time, attention, and stress that many women devote to prevent pregnancy would increase considerably.” In addition to time, attention, and stress, a reemerging financial burden would also likely come into play.

So how do these standards wear over time? "The disproportionate burden women assume in pregnancy prevention," the study suggests, "may also contribute to women’s dissatisfaction with contraceptive methods and could even cause them to stop using them altogether, which could in turn increase rates of unintended pregnancy and abortion." Essentially, if pregnancy prevention is key, putting all of the responsibility one one person isn't just unfair, it's less effective. Looking for potential solutions to this disparity, the study insists that sharing the responsibility of pregnancy prevention between partners "can enable women and their partners to better achieve their reproductive desire," so that everybody wins.

It's true that women have more birth control options to choose from than men do, but that doesn't mean it should be a woman's responsibility alone. Keeping conversation going between partners about any emotional stresses that arise as a result of pregnancy prevention is a small step towards evening things out. Staying up-to-date on health care reform developments, i.e. whether or not Obamacare's contraception coverage will be done away with, and providing support in the event that birth control is no longer covered, are other ways that partners can help share a burden that's been carried unequally for far too long. As we fight for a more equal society, taking pregnancy prevention into both parties' hands is a needed, natural progression.