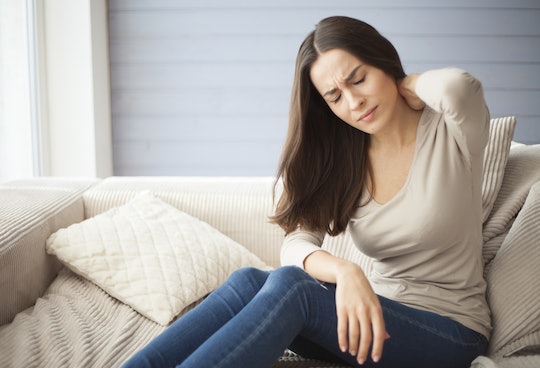 Trying to figure out how people understand and process pain is one of science's longest endeavors. In a new study, researchers found that there is a difference in how men and women remember pain. But, it may not be the result you'd expect. According to researchers, women may forget pain more quickly than men. This might flip the trope of women being sensitive on its head or, at least, change how people think.

Chronic pain is one of the most common reasons that adults look for medical help and advice, as reported by the Centers for Disease Prevention and Control. The CDC noted that just over 20 percent (or 50 million) U.S. adults had chronic pain, while 8 percent (19.6 million) experienced high-impact chronic pain, but that women experienced it more than men did.

Scientists think that one of the major factors in the transition of pain from acute to chronic is pain memories themselves, according to Medical Xpress. In a new study published in Current Biology, researchers decided to look into if there are any differences, based on sex, in the way that pain is remembered. The study was led by researchers from McGill and Canada's University of Toronto Mississauga (UTM), according to McGill's online newsroom.

Researchers weren't anticipating to learn what they did, as per Medical Xpress.

The researchers conducted experiments with both humans and mice, working with 41 men and 38 women aged 18 to 40 (for humans), as reported by McGill. For the experiments, the outlet specified that researchers took participants into a certain room and exposed them to "low levels of pain" due to heat on their forearm.

In addition, people were asked to wear a tightly-inflated blood pressure cuff while exercising their arm for about 20 minutes, while each mouse received an injection containing vinegar that caused a stomachache for about 30 minutes, as reported by the Montreal Gazette.

They found that men (and male mice) remembered the experiences more vividly, so they were stressed when they returned to that same room later on, as outlined by Medical Xpress. Women (and female mice), however, were not stressed by their earlier experiences of pain.

What’s interesting about this is that if you were going to make a guess about there being a sex difference here, almost everyone — including me — would have guessed the other way ... It’s either that the men are remembering (the pain) and the women aren’t, or it’s that they’re both remembering but only in men is that memory causing stress.

Researchers also found that blocking memories of pain in the mice helped alleviate some or all of the pain, as per McGill, which means that experts may be able to one day treat chronic pain more effectively.

For now, though, it's certainly interesting to see how men and women remember pain differently. And it just might flip the table on the idea that women are more sensitive than men.