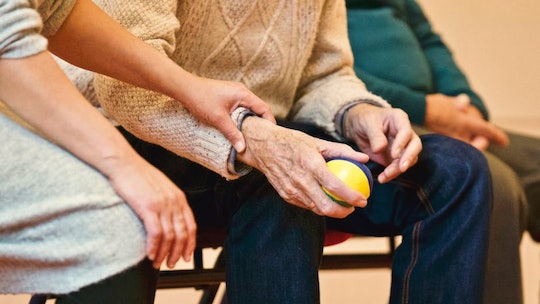 As our parents get older, many adult children will take on the responsibility of caring for their elderly mothers and fathers — a role that tends to fall on daughters, daughters-in-law, and wives. According to research from Stanford University’s Clinical Excellence Research Center, a new study has found women provide more unpaid elder care than men, and it can really take a toll. Depending on the level of care their elderly parents require, many aspects of the caregiver’s life are deeply affected by taking on the brunt of responsibility.

This responsibility could be especially time-consuming and emotionally distressing if the elderly parent suffers from dementia, who could require more than 170 hours of care per month on average. This is more than 100 more hours of hands-on care than a parent without dementia would need, which is about 66 hours per month, according to the JAMA report.

While this time commitment may not seem particularly stressful, it’s important to remember that caregiving is not a normal 9-to-5 job — it's frequently unpaid and the hours are incredibly unpredictable. Parents may always need someone nearby (even if they’re not physically with them at all times), doctor’s appointments may spring up at different times, and the elderly are prone to injuries — a senior is treated every 11 seconds in the emergency room for a fall in the United States, according to the National Council on Aging.

All of these factors can make it very difficult to hold a full-time job. As Cosmopolitan pointed out, a 2014 report from the Alzheimer's Association on female caregivers found that women are more likely to cut back their hours at work, therefore losing their full-time status and benefits, such as healthcare and retirement plans. Women are also more likely to take a leave of absence or give up their careers entirely to care for their parents with Alzheimer's.

"Hard-fought gains toward equality in the workplace for women are at risk," the authors wrote in the study.

Though the future of health care hangs in the balance at the moment, the Family and Medical Leave Act — the federal law that covers maternity leave — is still currently in place and requires employers with 50 employees or more to provide 12 weeks of unpaid time off to care for a "spouse, child, or parent who has a serious health condition." However, as Bloomberg reported in 2016, only 12 percent of U.S. private sector workers have access to paid family leave, which "doesn't necessarily include elder care" — a standard that needs to change, if women are to be able to continue in the workforce as equal, full-time participants. Because while women may technically be able to return to their positions after a leave of absence, research shows that is not always the case.

Caring for our parents comes from the heart and is a meaningful sacrifice, but this financial burden heavily weighs on women, much more so than their male counterparts. It's about time that either our male counterparts or the government steps in to help carry the load.