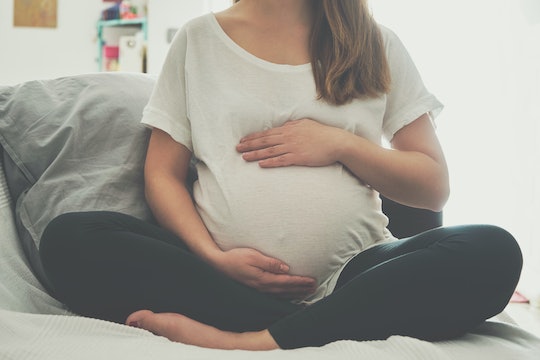 Women With Low-Risk Pregnancies Could Visit The Doctor Less, Thanks To New Technology

Nobody can deny that prenatal care in the United States has seen vast improvements over time, but it’s also gotten increasingly complicated. Prenatal care now involves a complex regimen of 12 to 14 clinic appointments throughout the entire pregnancy, which can be time consuming and costly. Now, as NPR reported, women with low-risk pregnancies may be able to see their doctor less, thanks to new technology.

For many, regular clinic appointments stood as an additional stress factor when attempting to balance lost wages or personal days, additional childcare costs, and etc. It became absurd to expect pregnant woman to continue taking time off work when doctors had previously determined there were very little risks in their pregnancy. These regular appointments are also a burden to health care organizations, who have to plan for clinic time, nursing support, and medical resource, as noted by NPR.

In 2011, the Mayo Clinic’s Department of Obstetrics & Gynecology launched an initiative to tackle this problem and now its solution is in practice. Two members of the group, Yvonne Tobah and Abimbola Famuyide, published an article in Harvard Business Review, where they stated the initiative was developed to “transform prenatal care from this medicalized model to an innovative wellness model”.

The result was OB Nest, which allowed women with low-risk pregnancies to reduce the number of in-person visits from the usual 12-14 to eight overall, according to Harvard Business Review.

A big reason for the regular prenatal visits is to allow doctors to track weight, blood pressure, and fetal heart rate throughout the pregnancy. All of these are important, so OB Nest didn’t call for those measurements to be greatly reduced throughout a pregnancy. Instead, patients are trained to use equipment, provided by the clinic, that allows them to track all of this at home. The information is then given to OB Nest nurses by phone.

An obvious concern here is that technology in one’s own home may be nice, but it could prove isolating, especially if a mother had concerns. In addition to giving patients access to OB Nurses by phone, the program includes a social media commentary moderated by OB Nurses, as noted in Harvard Business Review. On the forum, patients can share their experiences, ask questions, and benefit from the collective.

“Part of the consent process in the study included ensuring patients understood what care they were being given in the alternate model,” Tobah and Famuyide wrote in Harvard Business Review. “The positive response to the at-home monitoring and dedicated nurses appeared to outweigh any concerns over fewer visits with an obstetrician, and satisfaction scores after the fact bore that out.”

OB Nest also provides significant benefits for clinical staff. For example, if a doctor had a caseload of 20 women, the traditional model means they would be expected to have at least 240 appointments over 40-weeks, over six appointments a week. This is assuming all the pregnancies are low-risk, with no parents scheduling additional or last-minute appointments. By giving half the women access to a program like OB Nest, doctors are able to free up a considerable amount of time, and overall department resources see less stress.

For any concerned that OB Nest still might not be safe for the baby, a 2016 study published in the Journal of Perinatology found that babies born to women with low-risk pregnancies, who had more than 10 prenatal visits, were not actually healthier than babies with fewer. But, the study noted that women with more than 10 prenatal visits were more likely to be induced or have a C-section delivery. And while programs like OB Nest may not translate to savings in health costs, since these services are often bundled throughout the pregnancy, women can still save money using the program. There’s no more taking half or whole days off for a 15-minute appointment, for example, which can be detrimental for low-income women who don’t benefit from personal or sick days.

And for those interested who don’t have access to Mayo Clinic for the OB Nest program, some practices are experimenting with similar ideas. According to NPR, the George Washington University Medical Faculty Associates in Washington, D.C are one of several practices using an app called Babyscripts. On the app, expectant mothers have access to education, but they can also transmit their weight and blood pressure data to the practice through Wi-Fi.

Right now, though, most practices continue to use the traditional model. But, as evidenced by OB Nest and Babyscripts, the technology does exist for prenatal care to become less intensive. Hopefully, more practices will adopt similar models and further research is done on them, so expectant mothers in the future can have a full range of options when considering care during their pregnancy.

More Like This
Can A Sunburn During Pregnancy Hurt The Baby? An OB Explains
What Foods Fight Nausea During Pregnancy?
OB-GYNs Explain The Connection Between Stress & Miscarriage
Diastasis Recti Exercises You Can Do At Home To Heal Your Abdomen
What Parents Are Talking About — Delivered Straight To Your Inbox