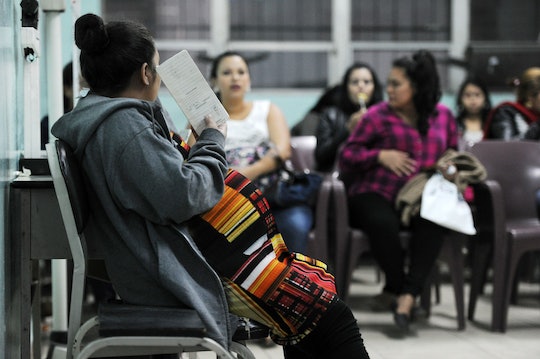 Zika virus is spreading fast. Each and every day more women become infected, but not all pregnant women with Zika can access abortion. Why? Because while the virus is fairly benign — according to the CDC, only one in five people infected with Zika actually show symptoms — growing evidence suggests that Zika may lead to microcephaly and other serious birth defects. The concern is so real that many South and Latin American government officials suggested women hold off having children for as many as two years. Unfortunately, many South American countries have strict family planning laws, with no access to birth control or abortions. And while abortions are never “exciting” news, the news that Women on Waves — a charity which delivers abortion medication by sea — is taking its services to South America is good news.

Millions of people have been infected by the mosquito-borne virus since 2015, and according to The New York Times, “as many as four million people could be infected by Zika by the end.” This includes men, women, pregnant women, and children. The latest figures show more than 2,100 expectant mothers have been infected in Colombia alone, according to The Independent. And while Brazil remains the most affected nation, the World Health Organisation has warned that Zika may spread “explosively,” as there is currently no cure or vaccine for Zika. The idea that women simply abstain from having children is OK, at least in theory, but it is not practical, especially in countries where women (and men) have highly limited access to birth control — thanks to strict family planning laws and abortion laws — in the predominantly Catholic region. What’s more, Dr. Laura E. Riley, a specialist who works with high-risk pregnancies and infectious disease at Massachusetts General Hospital told the Times that only half of all pregnancies are “planned.” (So humor me: Without proper birth control, how are women supposed to avoid having children?)

Women have also been urged to protect themselves from mosquito bites. However, many in these regions are so impoverished they cannot afford insect repellents, according to The Independent, and experts now fear that women may be forced to seek dangerous, illegal abortions to bypass their country's laws.

That’s where Women on Waves comes in — and thankfully so. The non-profit charity, which was founded in 1999, is comprised of various medical professionals who travel by boat to deliver information, contraceptives, training workshops, and safe abortion services to those living in countries where abortions are illegal. (Since their services are done on a boat — and outside territorial waters — women receiving services through the program are not governed by their countries laws.) Women on Waves will be providing free medical abortions to pregnant women with Zika, and they are urging women in Colombia, Bolivia, Chile, Guadeloupe, Paraguay, Venezuela, Argentina, Surinam, Guatemala, Honduras, El Salvador, Panama, Haiti, Dominican Republic to apply as soon as possible, according to the Independent.

Because here is the thing: regardless of people's political beliefs, religious beliefs, or views on abortion, banning abortion doesn’t stop abortion. (The latest figures from 2008 show that around 4.4 million pregnancies were aborted in Latin America but, according to the Independent and the Guttmacher Institute, approximately 95 percent of those were done in “back-street clinics.”) Sometimes medical intervention is necessary. Sometimes birth control is a good idea, and sometimes abortion is a legitimate consideration. Is it right for all? No. Does that mean any child found with a defect should be killing in utero? Hell no. But for those who decide it is best — for whatever reason — safe abortion should be available, and Women on Waves is one of the organizations actually trying to make it happen.