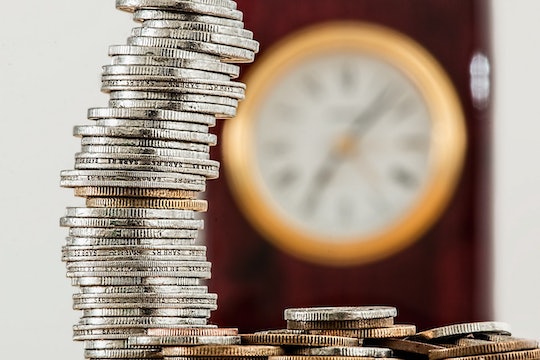 A new study concerning the gender wage gap was just released and it might make you furious. The fact that a pay gap based on gender exists in 2017 is infuriating on it's own, but the University of Bath in the U.K. has divulged new findings that will probably make the whole situation even more maddening. According to the study, women's salary expectations contribute to the gender wage gap. But while the study authors probably figured they were shining a light on some helpful societal data, ultimately, it's more likely that some will use the new information to further pin the blame for any lingering wage gap on women themselves (even if that's counter to the researchers' intent).

While the last decade has been slow in progress for this issue, the gender wage gap has decreased significantly since 1970s — though the U.S Census Bureau reports that the gender wage gap hasn't had a significant change since 2007. But despite any logged progress, the American Association of University Women (AAUW) reports that women working full time right now in the United States are still paid 20 percent less than their male counterparts on average. That decreases somewhat based on certain variables, but even then, as most people note, there's still a gap, no matter which way you slice it.

It doesn't seem likely that the remaining gender wage gap will close on its own any time in the near future either. At the current rate of change, according to the AAUW, women will not reach pay equity with men until 2152.

These statistics are enough to make any woman feel pessimistic about the state of gender equality in the United States. The study on the gender pay gap released by the University of Bath found that this pessimism may be contributing to the continuing inequality. The study surveyed people's salary expectations and found that women consistently undervalued their monetary worth in the workplace. "Optimism, measured as an upwardly biased perception of the labour market returns distribution, increases the likelihood of disappointment with realized performance," the study states. "A substantial proportion of the female job satisfaction advantage appears to be associated with both overly pessimistic female expectations and overly optimistic male expectations."

In other words, the gender pay gap can feel completely insurmountable to women and that alters our expectations. Women have come to underestimate their own worth because society systematically undervalues women. But even if women did walk into a salary negotiation with an optimistic outlook on their salary expectations, it wouldn't actually change the state of the gender pay gap.

The researchers at The University of Bath understood this and addressed it in their study. "The takeaway message of this research is not about putting the responsibility on women," Dr. Chris Dawson, senior lecturer in business economics at the University of Bath’s School of Management wrote. "[It is] recognizing that without policy measures to address this, we run the risk of never closing the gender pay gap.”

The gender wage gap is a critical issue facing the United States. Women shouldn't be getting paid less than their male peers and shouldn't be the ones being blamed for the gap's continued existence, as the researchers pointed out, especially when society isn't doing its part to create effective equal pay policy. The year 2152 is far off into the future — let's not wait until then to fix things for the better.