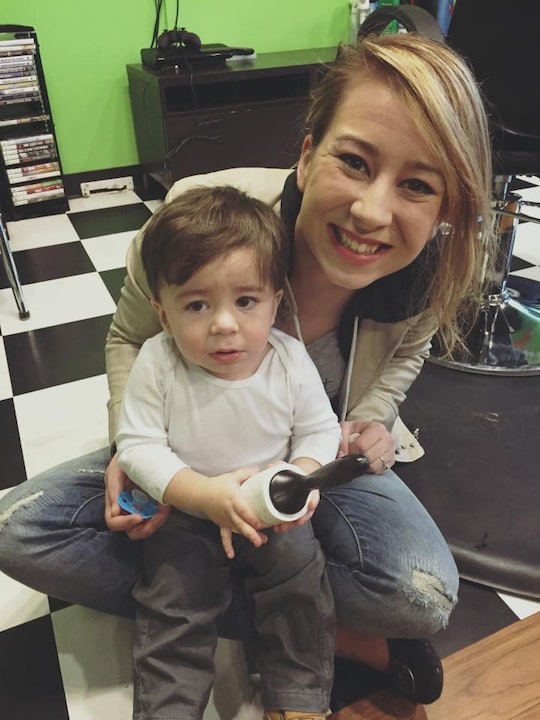 Yeah, Sometimes I Kinda Hate My Kid, & I'm Not Ashamed To Admit It

Before you have a kid, no one tells you that at some point, you’ll hate them. No one warns you that regardless of how much love and concern you have for them, at some point you might despise them. No one writes about this in parenting books, so nothing can prepare you for the moment when you look at your tantrum-throwing child and genuinely loathe them.

It happens all the time, actually. In fact, that's one of the fine-print aspects of motherhood: you'll feel a constant and sometimes confusing mix of overwhelming admiration and mind-numbingly cruel resentment for your child. But no one ever talks about that part. No one ever says that it’s completely normal to become so frustrated with your child, that for even just the smallest second, you wish they were somewhere else so they could be someone else’s problem. No one ever says, “Hey! Remember that time your kid threw a bunch of food and you started wishing you took your birth control instead of having a baby? Yeah, that’s normal.”

It’s difficult to navigate the adult world and fulfill your adult responsibilities, all while trying to be vigilant about your child's behavior. Unfortunately, no matter how many times we desperately ask them to mind their manners and conform to social etiquette and meet us halfway, they can’t. Not because they don’t want to or don’t feel like it (although sometimes, it honestly feels that way), but because they don’t yet understand that they aren’t the center of the universe.

Asking my child to lay in bed for an extra 10 minutes, just so I can relax before changing his diaper and making him breakfast and cleaning the mess he’ll inevitably make, is like asking a world explorer to sail around the globe when they believed the earth was flat.

Asking my child to lay in bed for an extra 10 minutes, just so I can relax before changing his diaper and making him breakfast and cleaning the mess he’ll inevitably make, is like asking a traveler to sail around the globe when they believed the earth was flat. They thought they would literally fall off the map and die, and trust me, my son thinks he’ll die if he doesn’t get exactly what he wants, exactly when he wants it.

Of course, it goes without saying that that doesn’t mean I don't love him. On the contrary, like almost every fulfilling emotion we will ever experience in our lives, hate and love go hand-in-hand. They're intertwined to such a degree that, at times, it becomes impossible to know when one ends and the other begins. Sometimes they run parallel. Sometimes, hate and love twist and turn into one another, both felt simultaneously and at multiple times throughout the day.

So honestly, if I didn’t love my son with such exhausting intensity, I wouldn’t also have the ability to — sometimes — hate him. If I didn’t spend my time raising him and trying to teach him right from wrong and protecting him at all costs, I wouldn’t experience feelings like frustration and resentment and dislike at all.

It’s because I love my child so deeply that I have the opportunity to experience such profound frustration towards him. It’s because I brought him into this world and cradled him when he first cried and protected him ever hour of every day since, that I find myself so upset with his antics, regardless of how justifiable they are.

Hating your child is part of parenthood.

So yeah, sometimes I hate my kid. And sure, maybe that sounds bad and maybe some will think me cruel or heartless, but I know that when I feel hate towards my child, it's because I love him so deeply. When I feel like giving up, it's because I know I never will. When I feel like exploding and walking away, it's because I care about my son so passionately that he lives in the marrow of my bones, so when he hurts, I hurt, and when he's happy, I'm happy. I know that when I've passed the point of complete and total frustration and feel like disintegrating into a thousand pieces of post-apocalyptic rage, it's because I know I'm lucky enough to hold my child at night and kiss the top of his head and smell his sweet, innocent baby smell.

So go ahead and give yourself permission to hate your kid when they're acting like complete and total a-holes. Feeling the constant and sometimes confusing mix of overwhelming admiration and mind-numbingly cruel resentment you have for your child is carved into the fine-print of parenting.

Especially because it means that regardless of how crazy they may drive you, you'll always — always — love them. Even when you hate them.