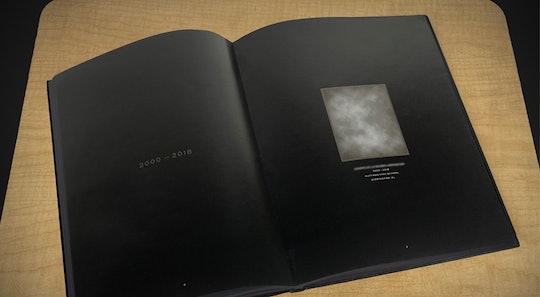 In 2018, 37 students were killed at school due to gun violence. Now, these same students have been memorialized in a "Yearbook" of school shooting victims, with copies being sent to lawmakers and President Donald Trump on Dec. 6. Not only does the project raise awareness about gun violence in America, but it also acts as a reminder to politicians who've done little to address this ongoing problem.

On Dec. 5, People announced the collaboration between Scarlett Lewis of the Jesse Lewis Choose Love Movement, activist Julia Cordover, and the nonprofit organizations Amani Projects, COMMON and Search For Common Ground, who all came together to create "The 2018 Yearbook." Cordover was class president at the time of the Marjory Stoneman Douglas High School shooting in February 2018, while Lewis lost her son, 6-year-old Jesse, in the Sandy Hook Elementary School shooting of 2012.

The 2018 Yearbook features 37 children who died due to "gun violence at K-12 schools, universities, and in school vehicles during school hours or events in 2018," according to People. And each victim "is remembered with an empty yearbook photo alongside his or her name."

To spread the message far and wide, the book was sent to 100 Senators, Governors, 2020 presidential candidates, and President Trump.

Cordover's cousin, creative director Andrew Goldin, came up with the Yearbook's concept, and COMMON's Alex Bogusky helped bring the idea to fruition, according to a press release.

The message is straightforward, but done in a powerful way that demands attention. It's reminder these children were robbed of the opportunity to experience adulthood because common sense gun laws haven't been prioritized by lawmakers.

Speaking of common sense gun measures, Lewis hopes this Yearbook will inspire politicians to find a solution to the ongoing mass shootings in the United States. “The time has come for each of us to be part of the solution,” she said in a statement, according to The Hill.

she continued, “It is one thing to empathize with the victims and feel their pain, but quite another to actively do something to keep our kids safe. The yearbook is a physical reminder that we are accountable for our children’s safety and a call to uphold that responsibility.”

To help support this project and the fight to end gun violence, you can donate to The Jesse Lewis Choose Love Movement and share the #No2020Yearbook hashtag on social media.

Additionally, you can attend a public exhibition of The 2018 Yearbook at the DUMBO Building in Brooklyn, New York until Dec. 29.