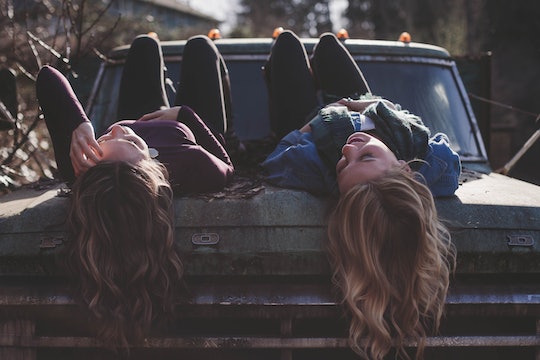 Young Millennials Think Women Should Stay In The Home

Millennials are opinionated and there is no doubt about that. Millennials, like myself, know what they want, even if they have a countless amount of options, and are clear about wanting their voices to be heard. But certain opinions of millennials, especially younger ones, might not be completely agreeable. According to recent survey findings, young millennials think women should stay in the home (over any other generation) and this opinion is disappointing to say the least. In such a progressive society, with such a decisive generation, this is an interesting take on relationships.

For the past 40 years, two sociologists, Joanna Pepin and David Cotter, have been conducting a survey with high school seniors to monitor their attitudes on certain issues — including family arrangements. But the survey results found that just because younger millennials (aged 18 to 25) live in an "egalitarian society" does not mean that their views reflect that. According to The New York Times, the most recent group of these high school seniors surveyed were less likely to support egalitarian relationships — where the husband and wife do equal amounts of work outside of the home — than the same group surveyed 20 years earlier. This is disappointing — in a time where a woman could have been the President of the United States, one would expect that younger millennials would want to work and support other working women.

Not that there is anything wrong with being a stay-at-home mother. In fact, according to a 2014 Pew Social Research Report, the amount of stay-at-home moms has been on the rise, reaching an increase in 2012 for the first time in 13 years. 42 percent of those stay-at-home mothers in 2012 were younger than 35-years-old, according to Pew Social Research, putting them closer to the millennial age range. Just like millennials are redefining generational view points, they're redefining what it means to be a stay-at-home-mom or have an egalitarian household. According to Slate, stay-at-home moms now no longer just stay at home. They work from home, volunteer, and are heavily involved with their child's life — giving a new definition to the term "stay at home." But, according to CNN, millennials are now more likely to believe that women should take care of the home because staying at home with kids is a personal — not political — choice.

But still, it's the mindset from teenagers that are almost adults, that is disappointing. They should be in support of an equal home based on ones choices, not a split home based solely on gender. This regression only shows that times might be moving backwards — but there's hope. According to The New York Times, these view points could change over time — resulting in more egalitarian thoughts and relationships down the road.