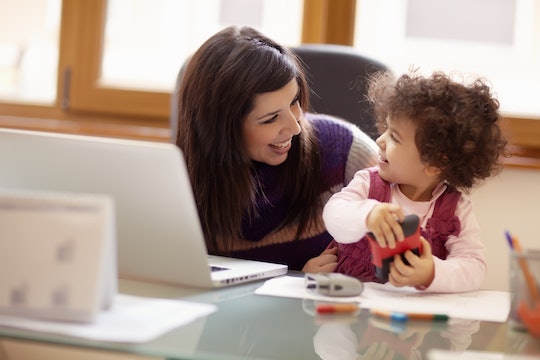 Ever feel like totally changing directions in your career? Maybe even quitting your 9-5 job and being your own boss? It could very well be in the cards for you this year. Your Pisces 2019 horoscope shows some seriously dramatic career moves in the making.

Linda Furiate, an astrologer who specializes in relationships, career, and addictive behavior, says it's going to be a major year for Pisces. "Dream big this year starting in January." Astrologer Helene Cierzo of Heart House Astrology agrees. She sees huge opportunities for Pisces when it comes to work. "This is the best career transit in 12 years for Pisces to follow their dreams, to follow what they’re passionate about and to go for it." That's due to Jupiter's position in the house that rules careers, she says. “When Jupiter is in the 10th house, very likely you’re going to get a lot more work, a lot more opportunities for work, or you can get a promotion.”

If you feel like you're stuck in a job that isn't going anywhere, 2019 is the year to change that. It's an optimal time to consider starting your own business, or going full-time with a creative project according to Cierzo. It's a prospect that might be frightening, but it's worth pushing past that fear. "You gotta take a risk. You shouldn’t let it pass you by. Ride the wave. It’s scary but just do it," Cierzo says.

Pisces could also be stepping outside their comfort zone in other areas of their life this year as well, according to Furiate. While Always Astrology noted that Pisces tend to be homebodies, Furiate sees the possibility of overseas travel which could even turn into a family vacation. "If you have children you will want to bring them along as 2019 may provide ample bonding experiences for learning, exploring and sharing in the love," she says. Your travel could also help you get in touch with your spirituality. "2019 may be the perfect year for Pisces to enjoy a mountain retreat or sandy beach" to connect with mother nature, according to Furiate.

When it comes to love, there's an exciting summer in store for Pisces thanks to an eclipse in Cancer on July 2, which will light up the fifth house (of love) for Pisces, Cierzo predicts. That means, "for summer, if you’re single, it’s on," she says. This time period will bring lots opportunities for love and romance, whether you're looking for someone new or are already in a relationship. The romantic vibes around this time also make it an ideal time to try and have a baby.

Cierzo notes that the fifth house also rules creative projects. "You're going to have that pull towards doing more creative work, doing work for yourself." Furiate also urges Pisces to tap into their creative sides and exercise their artistic talents by taking an art class.

There will be lots of opportunities throughout the year for Pisces men and women to address things they need to change in their lives. "Key dates for Pisces in 2019 will be on or near January 13, June 16, and September 21... These dates may offer Pisces the opportunity to change direction and to become more assertive," says Furiate. Assertiveness may come in handy at work, where Cierzo says you might get a promotion or raise — if you speak up and ask for it.