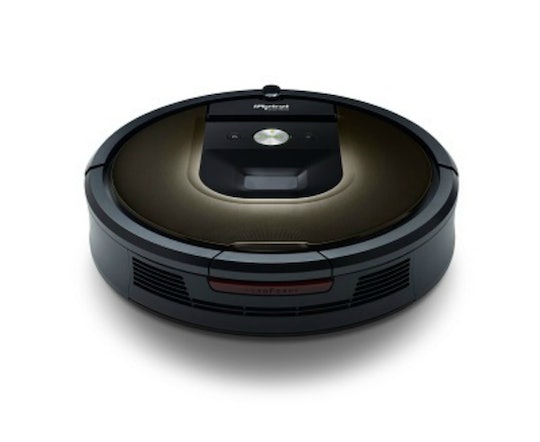 Your Roomba Might Be Mapping Your House, So Go Ahead & Get Creeped Out

Your adorable little Roomba might have an ulterior motive very soon. According to Colin Angle, the CEO of iRobot, your Roomba is mapping your house and the company that makes it is considering selling that data to tech companies. Are you creeped out yet? You probably should be a little concerned. If it freaks you out though, you're probably in trouble.

UPDATE: In an email to Romper, an iRobot spokesperson stated:

"iRobot does not sell data customer data. Our customers always come first. We will never violate our customer’s trust by selling or misusing customer-related data, including data collected by our connected products. Right now, the data Roomba collects enables it to effectively clean the home and provides customers with information about cleaning performance. iRobot believes that in the future, this information could provide even more value for our customers by enabling the smart home and the devices within it to work better, but always with their explicit consent.”

EARLIER: According to BuzzFeed News, the Roomba has been mapping your house since it released the Roomba 980 in 2015. It's not nefarious — the new models of the automatic vacuum take notes on the layout of your house so that it doesn't knock your furniture over or slam into the dog's cage in the corner.

But it could theoretically be used for more than that as "smart homes" get more and more popular. Already, the Roomba is compatible with Amazon's Echo. If you have both, you can hook them up to each other and tell Echo when it should launch the vacuum. It doesn't report back to Amazon about the size and layout of your home, but iRobot could do that. And then Amazon would know that you need a new end table, or how many TV rooms you have.

There are endless possibilities when it comes to monetizing the Roomba's data. (Romper has reached out to company spokespersons for comment and is awaiting a response.)

It's not just Amazon that could use the data about your home. Google, Apple, or any big company that wants to sell you things or know more about you for their advertisers would love to know what your home looks like. Just think about all the details you give away about yourself concerning the amount of furniture you have or how big the place is.

Right now, smart home devices are just catching on. Guy Hoffman, a robotics professor at Cornell University, told Reuters that detailed spatial mapping technology would be a "major breakthrough" for the smart home. He added that right now, smart home tech is comparable to a "tourist in New York who never leaves the subway. There is some information about the city, but the tourist is missing a lot of context for what's happening outside of the stations."

Maps like the kind that Roomba could provide would change everything. Investors seem to agree. According to MarketWatch, the company's June stock price hit $120 per share, which is up from $35 last year. That means people see potential for the company, despite the fact that there are cheaper models on the market right now that are comparable to the Roomba and the fact that it might run into some privacy issues it strikes a deal with a tech company eventually.

Long story short: People want your information, and robots are ready to betray you. Welcome to 2017.