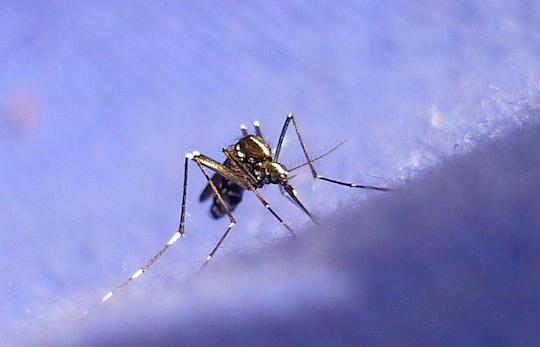 The Zika virus has spread "explosively" and scientists have linked it to thousands of babies being born with a catastrophic birth defect. On Monday, the World Health Organization declared Zika a global health emergency on par with Ebola. Women who are pregnant or planning to become pregnant should officially pay attention to Zika, and here's what they need to know.

Zika can be contracted through a bite from the Aedes mosquito and it has spread from South America northward like wildfire, affecting more than 20 countries so far, including the U.S., TIME reported. Al Jazeera News reported that officials predicted there will be more than four million cases of Zika across the Americas in the next 12 months.

Contracting Zika for most people isn't really that big of a deal. If you feel any symptoms at all they're generally mild: fever, rash, joint pain, and red eyes. But if you're pregnant and contract Zika, it can be passed to your unborn baby and cause them to be born with microcephaly, a birth defect where babies are born with small brains.

There's no vaccine for Zika virus, so the only thing women who are pregnant or might become pregnant can do is avoid being bitten by the Aedes mosquito. According to the WHO, women at risk for passing Zika to their babies should:

In the meantime, global health officials have worked to fast track a Zika vaccine and do what they can to control the spread. There is growing concern that the spread of the Zika virus throughout the Americas could jeopardize the planned 2016 Summer Olympic Games in Rio de Janiero, Brazil, the country with the most reported cases of Zika to date. Columbia is the second most affected country with more than 20,000 confirmed cases, more than 2,000 of which are pregnant women. More than 4,000 babies have been born with microcephaly in Brazil just since October.