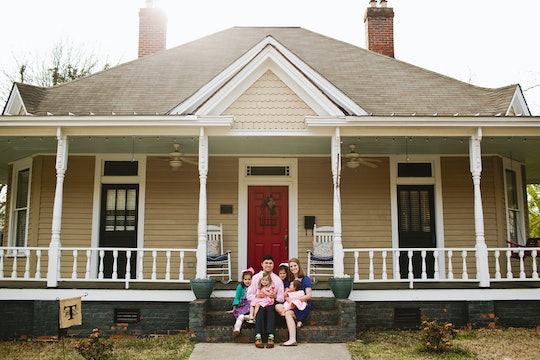 I Fantasize About Zillow, & I'm Not The Only One

For my family, thumbing through real estate listings is serious business. Through pictures of far-off houses, listed with approximate mortgage repayments, we discuss our moods, our dreams and ourselves. It’s our nightly game, and perhaps the only mutual activity nowadays that my daughter and I enjoy equally.

This started about a year ago, when my daughter decided post-vacation that we should move to New York from our home in Chicago. I told her that for the price we spent on our midwestern house, we could probably get a tiny apartment in the Big Apple.

She was not deterred. We logged onto StreetEasy, a fabulous website through which to view New York’s real estate listings by neighborhood.

We are far from the only people to view real estate purely for entertainment. One might say that Zillow launched this fascination in 2006, as the first major real-estate site to offer the public a toggle for a more fantastical price range; a view to what homes across the nation look like, and cost.

A recent Zillow study that analyzed the number of times listings were viewed found that some of the more expensive neighborhoods were clicked most often. For example, a $3.5 million home in an obscure neighborhood in Washington, D.C., was viewed 6,114 times, while a $1.7 million home in Berkley, California, (a more popular neighborhood) was only viewed 3,756 times.

The report said, “While this doesn’t show a likelihood that more people will be buying homes and moving in, it does show how many people wish they could, or are curious about the neighborhood.”

An affirmation that my family isn’t as odd as I assumed.

Anya became obsessed with homes that had double beds in what she deemed would become her room.

I soon realized that real-estate musings could explain my daughter (and myself) to me in a way that regular chatting with a young child could never do.

For example, Anya became obsessed with homes that had double beds in what she deemed would become her room. She virtually swiped left any time there was a twin, despite only sleeping on a twin her entire life.

Turns out, all the children in our current neighborhood have double beds. Except her. Did I know this? No. She’s been harboring a secret resentment, not only about the size of her bed (which I won’t change due to space) but also due to everything else that she thinks others have and she doesn’t.

The beds were a perfect starting point for this bigger conversation.

As for me, I became obsessed with the idea of a studio apartment. A small studio. Not large enough for more than one person. I started imagining myself in that studio, reading my books sans interruptions, waking up and making coffee without attending to anyone else.

Yes, I love and want my family, yadda yadda. But maybe my real-estate fantasy was manifesting the real truth that I need more time and space for myself.

Now what? My daughter was slowly learning about being grateful for what you have — and she moved on from longing for a double bed to desiring apartments in buildings with amenities like pools and saunas. She essentially wants to live in an all-inclusive, and it’s her fantasy — a flight of fancy she can take off on nightly from my phone.

I also am learning. I know that I need my own time and my own space. So I wake up an hour or two before the children, I go into the coziest nook in my house, and I read, I drink coffee and I chill. I pretend it’s my studio.

And I have to admit to myself that if this house were on Zillow, I'd possibly see something to fall in love with.