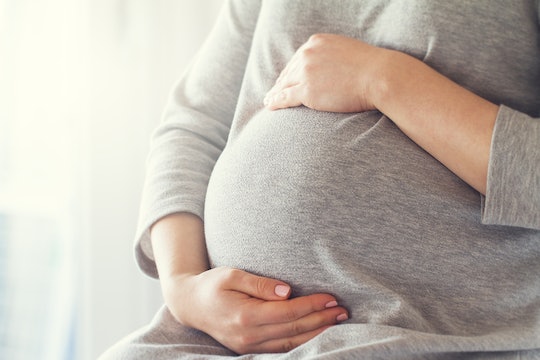 When it comes to the brain and all that it controls, from behavior to language and beyond, there's a lot that doctors still don't understand. Conditions like autism are often shrouded in mystery, as people struggle to understand what exactly causes them. Now, a new study suggests that zinc deficiencies during pregnancy may impact autism — and scientists may have learned more about what actually links the two.

Autism spectrum disorder refers to a group of conditions linked to brain development that have a wide range of characteristics, as outlined by the Mayo Clinic. As the CDC noted, autism can be hard to diagnose, because there's no clear medical test that confirms a diagnosis and because behaviors can greatly differ case by case. But, according to the most recent available estimates from the CDC's Autism and Developmental Disabilities Monitoring (ADDM) Network, approximately one out of every 59 children may meet the criteria for autism spectrum disorder.

Although there are reports suggesting that autism is more common in boys, many researchers have pointed out that autism in girls might simply be over-looked. They often don't fit stereotypes associated with boys who have autism, so they don't receive a proper diagnosis, as outlined by the Child Mind Institute.

A new study published in Frontiers in Molecular Neuroscience examined a possible connection between zinc deficiency in early development and autism, as noted by the study's abstract.

Researchers found out more about how zinc might affect the connections between brain cells that form early on in development and how that might play out on a molecular level (directed by "autism risk genes"), as outlined by Eurek!Alert.

"Autism is associated with specific variants of genes involved in the formation, maturation, and stabilization of synapses during early development. Our findings link zinc levels in neurons — via interactions with the proteins encoded by these genes — to the development of autism."

However, those involved with the study note that research is still in its early stages. Right now, more research needs to be done to determine how much of a link exists. Co-senior author, Professor Craig Garner, said, according to Eurek!Alert:

"Currently, there are no controlled studies of autism risk with zinc supplementation in pregnant women or babies, so the jury is still out. We really can't make any conclusions or recommendations for zinc supplementation at this point, but experimental work in autism models also published in this Frontiers Research Topic holds promise."

One of the greatest controversies surrounding autism and possible causes is the idea that vaccines cause autism. As the CDC noted, there is no connection between vaccines and autism. That idea has been largely debunked, but is still used by anti-vaxxing movements, which can result in vulnerable communities experiencing disease outbreaks, as Vox reported.

It is still unclear what exact role zinc deficiencies may play. But, as scientists dive further into their research, they hope that more will become clear.