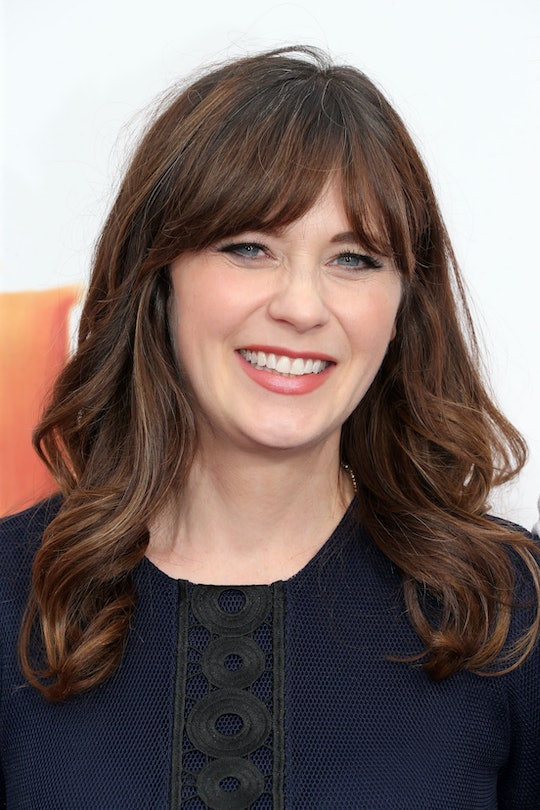 Zooey Deschanel's Parenting Struggle Is One Everyone Can Relate To

If you think that TV and movie stars can cut corners when it comes to parenting struggles, a recent revelation from a millennial favorite reminds us that we're all in this together. During an appearance on The Ellen Degeneres Show this week, New Girl star Zooey Deschanel referenced a parenting struggle that most everyone can relate to: that most dreaded combination of child and airplane. Reporting from the front lines, Deschanel came through with some unfortunate information.

Apparently, some airliners no longer allow caregivers with babies and small children to board the airplane first. “They stop letting people go first with babies and there’s so much stuff [that you're traveling with]," Deschanel said. When pressed by Degeneres, Deschanel conceded that while she didn't want to point fingers, the airline in question rhymes with "Bamerican."

"Bamerican Airlines, you should be ashamed of yourself," Ellen said. And really, they should be. It's pretty much universally recognized by parents and caregivers that traveling with small children is a challenge; that's why pre-boarding had long been the norm. But in the years following the 2008 economic downturn, most major airliners in the U.S. abandoned family pre-boarding, along with meals on shorter flights and those myriad other perks that once made airplane travel more pleasant.

As Deschanel relayed her story about flying with Elsie, her 14-month-old daughter, she might not have realized that she was just one mom in a long line of sufferers. Thankfully, 2016 saw an important change. United Airlines decided to reinstate its family pre-boarding policy, which it had controversially revoked in 2012. According to the new policy, families traveling with children under two can board before first-class travelers, according to The Associated Press. By contrast, American Airlines allows families to pre-board "by request only."

Smaller airliners like Southwest Airlines and Jetblue Airways never revoked their family-friendly policies in the first place. Both airlines include family boarding as part of their typical boarding process.

Perhaps Deschanel will adjust her choice in airliner for future trips, but for now, she has more important things on her mind, namely her daughter's current obsession with hats. Deschanel told DeGeneres that Elsie gets "very excited" when she sees a hat — a fact that DeGeneres took quite seriously, because she gifted Deschanel with a large table filled with hats of every type imaginable.

It's possible that 36-year-old Deschanel is, in fact, the one obsessed with hats —not so much her daughter. Upon seeing the bounty, she began to noticeably tear up. "I want to cry. Thank you, it's so sweet," she said.

We get you, Zooey. Hats are great, even if you might have to share them with your toddler.