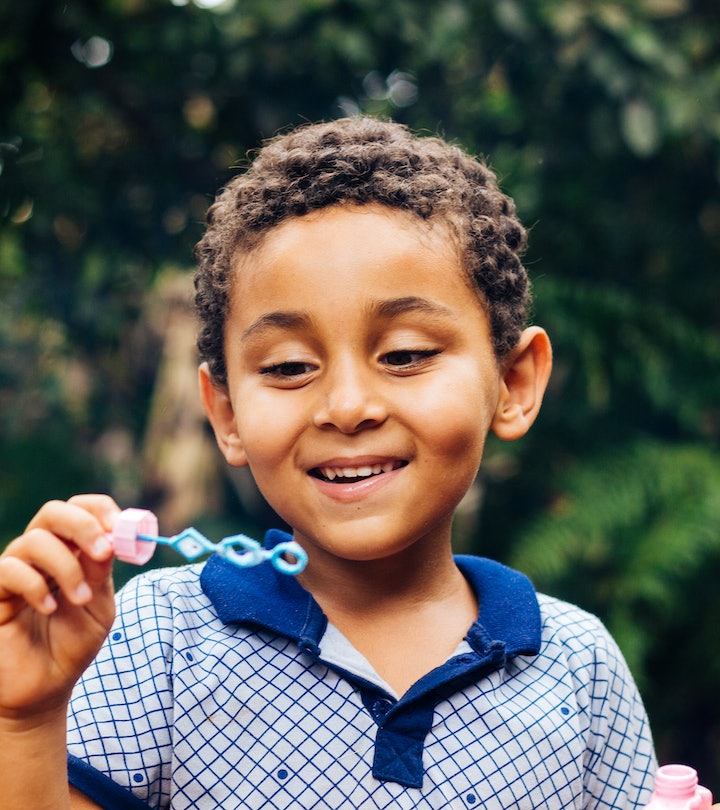 11 Early Signs Your Kid Will Be Smart

From the moment your child is born, they are nothing short of extraordinary in your eyes. Each milestone only serves to further reaffirm your beliefs that your little one is surely a genius but, while they are definitely gifted in your eyes, are reaching developmental milestones actually early signs your kid will be smart? It’s not quite that simple.

There have been plenty of jokes made in film and television (an episode of Portlandia about a preschooler named Grover comes to mind) about parents so focused on their child's future success that they begin to prep them for the Ivy League before they're even potty-trained. If your baby is walking before any of their peers that’s great, but it doesn’t mean they’ll be walking across their high school graduation stage with a scholarship waiting for them.

“Intelligence doesn't become more stable and crystalized until age 6 or 7," Han Ren, Ph.D., a licensed psychologist and specialist in school psychology, tells Romper. "Kids can demonstrate high intelligence at an early age, such as preschool, but it’s not a reliable predictor of future intelligence," she explains, adding, "on the other hand, the obtained IQ of a 7-year-old is likely to remain mostly steady throughout the remainder of their lifespan.”

It’s also important to note that even IQ tests can be misleading. “These assessment instruments are Eurocentric, heavily loaded on verbal ability, and imperfect measurement devices for culturally and linguistically diverse youth," says Dr. Ren. "Our society upholds the values of white supremacy at every level, including intelligence assessment, which means many gifted black and brown kids aren't going to be picked up by these tests."

So while no early behaviors or test results will guarantee your kid's future, there are still some signs to look out for when your child is younger so you can help nurture their blossoming brain.

More Like This
A Parent’s Guide To Stomach Pain In Kids
Winter Travel Tips For Families
Tips to Beat Jet Lag, For You & Your Kids
101 "Would You Rather" Questions For Kids
What Parents Are Talking About — Delivered Straight To Your Inbox

This article was originally published on Aug. 23, 2016