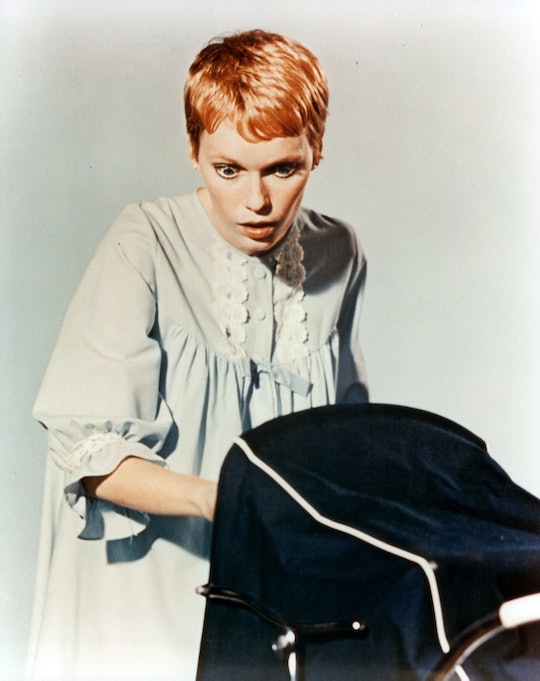 I often find myself reflecting on the unexpectedly valuable lessons I’ve taken from the genre, lessons more nuanced and applicable to real life than you'd think.

As a person who does not have kids but is in a relationship with someone who does, I think about parenting a lot. And while I don’t have a child, I do have thousands of hours of horror film watching under my belt, and often find myself reflecting on the unexpectedly valuable lessons I’ve taken from the genre, lessons more nuanced and applicable to real life than you'd think.

So as a public service, I’ve mined my knowledge for the useful tidbits amongst the gore, to share the wisdom of horror movies, beyond simply, “Don’t make a deal with Satan to get a baby.” (Though that is also worth heeding.)

Whether we mean to or not, we all make decisions to spare our partner’s feelings. Maybe we don’t want to burden them with difficult news, maybe we don’t want to instigate a long, emotional debate with no easy answers, or maybe we just don’t want to admit to ourselves that our child is the Antichrist, foretold in the Book of Revelations and born of a jackal, as in 1976’s The Omen. Either way, the best way to keep a small secret from maturing into a full-blown crisis is to communicate openly and honestly with our significant others. Particularly if that secret is currently riding his tricycle straight toward Armageddon.

No one wants to hear their child criticized, as 2009’s Orphan reminds us. If your kid was secretly an adult woman hell-bent on destroying your family, you would know by now, right? However, oftentimes it's the things we don't want to hear that are the most beneficial, particularly if those things arrive in the form of a distressed nun. And if she immediately disappears after she reveals the terrible truth to you and your disbelieving partner? You might want to pay attention. (It’s never the emotionally closed-off parent who survives the horror movie, believe you me.)

When life is hectic, it can be hard for parents to keep up with the fact that each of their kids has different needs. While your older children might be self-sufficient enough to spend more time at friends’ houses, your younger children still need that one-on-one focus to help them thrive. Or, in the case of 1982’s Poltergeist, some limits on screen time. Don’t feel guilty about calling on the help of experts if you find yourself overwhelmed. They’ve seen it all, and can help you tend to your kid’s needs, as well as what’s best for your entire family. For starters, not building an in-ground pool on top of a desecrated cemetery.

Boy, is there any greater example of teaching your children how to harness their emotions than Stephen King’s Carrie? Obviously adolescence causes a ton of upheaval, but it’s important to remember the kind of guidance you would have liked during high school. Like, for example, how to get pig’s blood out of peach satin. You might not be ready for your kid to leave for the prom, but if Carrie’s mom had been less focused on her dirty pillows and more on her developmental progress, their entire community would have benefitted.

In 2001’s The Others, Nicole Kidman’s Grace learns maybe the hardest lesson a parent has to learn: sometimes, you are the problem. Even when she’s absolutely convinced a cadre of ghosts has invaded her family’s spooky country manor, the truth is waiting for her: Grace is the spectre and the new shadowy interlopers, merely prospective residents checking out the real estate. Being willing to reexamine our perspectives and acknowledge hard truths about ourselves can open up a whole new (after)world for both you and your children. The movie also reminds us that your visitors really do not care what your house looks like, they just want to see you. Even when they require a psychic to do it.

Parents often convince themselves that avoiding discussions of painful or complicated issues will shield their children from their effects. However, as 1984’s A Nightmare on Elm Street reminds us, whether the topic is mental illness, sexual assault, racism, or how you and the other parents in your town inadvertently turned a local murderer into a dream-haunting demon, your children will benefit from open, age-appropriate conversations about difficult topics. It’s valuable to their survival, plus it’ll help you sleep easier at night.

For the love of God, check in with your children. This is one important takeaway of both adaptations of Stephen King’s It. You might assume your kids would know to come to you if, for example, they're being terrorized by an ancient evil clown-alien, but the ability to confront difficult subjects is, like all behaviors, learned. If you’re as closed off as the parents in Derry, Maine, your children might assume they’re on their own when they and their friends decide to take on the aforementioned cosmic harlequin demon. If you find yourself shutting down in the face of intense emotion, remind yourself that the real horror is building up walls between you and your kids. Also, living in Maine.

Go to therapy! Just go, if you possibly can; you will not regret it. You will, however, regret reading any terrifying handmade children’s books that appear in your home. So fire up that grill and turn that book into ash while you place that call (or, let’s be honest, many, many calls) to find a financially-feasible therapy option.

And finally, trust your gut. If your doctor smells exactly like the strange herb-filled necklace your bizarre, boundary-stomping neighbors gave you, get a new doctor. Sure, it’s important to listen to your spouse’s opinion, but the opinions of the coven of witches who may or may not be living in your apartment building shouldn’t be a factor in your family’s decision-making. Additionally, check in with your friends. Of course, it can be complicated to compare your parenting experience to others, but trusted confidantes can be a great sounding board when you're trying to figure out if your anxieties are based in reality, or if your child just seems like the spawn of Satan because they all do sometimes (based on my extremely limited experience).

Also, in case I was too flippant earlier: please, do not make a deal with the devil to get a baby.