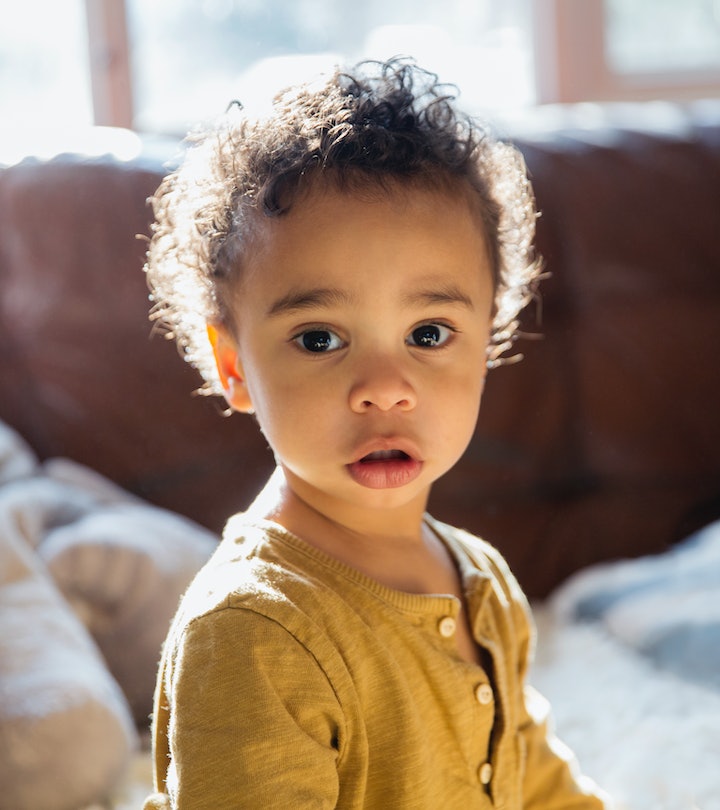 There’s probably no need to worry.

Parents obsess over when their baby will smile for the first time, and once they start, there's nothing moms and dads won't do to keep them grinning. Seriously, is there anything better in the world than a smiling baby? And while some babies are naturally more smiley than others (much like people in general), it's generally not too difficult to get a good chuckle out of your little one. But what does it mean if your baby is smiling less than you think he should be?

Help! My baby doesn’t smile. Should I be worried?

Chances are, there's nothing to worry about if your little one is displaying a less bubbly side — particularly if that's just part of his personality. “Parents of serious babies are usually worried their child will grow up to be not as happy as other babies, but this is usually not the case, and is quite normal,” says family psychologist Kathryn Smerling, PhD LCSW.

My own daughter was one of these serious babies, particularly in public. Strangers would wave and coo at her, and she would reward them with a deadpan glare. Let’s call it “resting baby face.” Sixteen years later, she's been called “aloof” and “mysterious,” though people who know her well know she’s very warm and has a great sense of humor.

If your baby doesn’t smile, here are other ways to tell if they’re happy

If your baby doesn’t smile, and you’re worried about it, I get it. When I had a serious little baby, I was worried often. But was she unhappy? Most likely not, according to Smerling.

“Some babies show that they're amused at something or in a good mood by simply watching intently, or listening,” she says.

If you've got one of these less outwardly cheerful types on your hands, Smerling explains that subtle clues can tip you off to your baby's mood: Their eyes might dilate, or they might wiggle their toes or wave their hands. And, as was the case with my daughter, Smerling points out that “some babies are also more comfortable smiling at home and smile a lot less around strangers or in the outside world.”

“This is normal,” she adds. “Those babies are just slow to respond to new environments.”

What if Baby smiles less than they used to?

Of course, as with so many other baby behavior quirks, there are occasionally instances when a baby’s lack of smile is a symptom of an underlying issue. As a study published in the Journal of Abnormal Child Psychology found, infants who were later diagnosed with autism smiled less often by the age of 1 than those who did not develop the disorder. So if you're concerned about your baby's smiling habits, it's definitely worth bringing up with your doctor.

Assuming your little one is developing normally, however, just take these changes in stride — and put on a happy face, advises Smerling. “It’s also so important for parents to smile back at their babies,” she says.

“Leaning into your baby will help her smile faster. While it may get tiresome after a while for babies that seem to smile constantly, it’s critical for their social and emotional development.”

So get ready to say cheese!

More Like This
Even If Your Baby Sleeps Better in Your Bed, It’s Still Not Recommended
When Does A Baby Recognize Their Father? A Pediatrician Explains
Tips to Beat Jet Lag, For You & Your Kids
How To Celebrate Baby’s First Valentine’s Day, From Gifts To ’Fits
What Parents Are Talking About — Delivered Straight To Your Inbox

This article was originally published on March 1, 2018