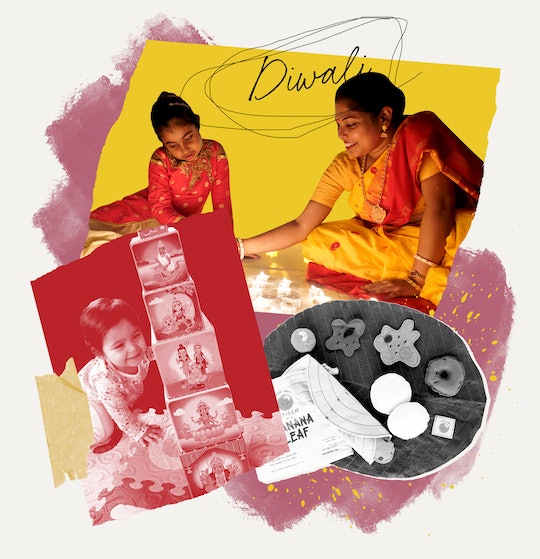 I learned how to be American playing Life and Monopoly. Where are the toys that will help my daughter connect to her ethnic roots?

Growing up as a second generation Indian American in the early 1980s, I entertained myself with typical American childhood pastimes — Slinkies down the stairs and Barbies with elaborate backstories; popular board games like Clue, Life, and Monopoly. Beyond giving me hours of fun, these toys helped reinforce my American identity. But none of them reflected my Indian identity, from the blond hair and rosy complexions of my dolls, to the overwhelmingly white characters hiding in the parlor with the candlestick.

When it came to toys that nourished my Indian cultural identity, it was slimmer pickings. I enjoyed playing carrom and Snakes and Ladders with cousins on visits to India, and bringing stacks of Amar Chitra Katha comic books back to my home in Queens, New York City. These vividly illustrated comics contributed to my initial understanding of Indian culture, history, and mythology. I relished reading and re-reading them during lazy summer breaks, while munching on homemade Indian savory snacks, like nimki and spirals of murukku.

Fast forward forty years and I’m a mother to a 1-year-old baby girl. My husband, who was born and raised in India, and I have been talking about how we want to introduce Indian culture to our child, especially since we come from different parts of India with different mother tongues and spiritual traditions. While we’re both Hindu, his family attended the Sikh Gurudhwara as well as the Hindu Temple. Meanwhile, although I’m knowledgeable about my Hindu faith, I consider myself more spiritual than religious.

My Bengali-Tamil family celebrated Saraswati Puja and Pongal much more than Diwali, the festival of lights, a treasured holiday for my husband’s Punjabi family and also popular enough in the States that it made it into a famous episode of The Office. While Bengali was the primary language spoken in my house, his family speaks Punjabi and Hindi. This is all to say, there is no monolithic “Indian culture.” So, we’ll have to define and curate what Indian culture means and looks like for our daughter, and we’ve begun searching for books, toys, and resources to help connect our daughter to her ethnic roots and illuminate her cultural heritage.

Being a writer, I’ve witnessed the publishing sector’s recent, belated shifts towards offering more representative books for children of color, thanks to advocacy efforts of organizations like We Need Diverse Books. I learned of resources like Diverse Book Finder and Kitaab World, a site focused on South Asian children’s literature, and Mango and Marigold Press, an independent press publishing books on South Asian themes.

We wanted to create something that didn’t exist, something we would have loved playing with when we were children.

In talking to each of the founders, I discovered their motivations for starting their companies largely match the motivations for my own search: the lack of representation of Indian identity and culture in the American toy market. They’re seeking to remedy this for Indian children, starting with the children in their own lives — their sons, daughters, nieces, and nephews.

“We wanted to create something that didn’t exist, something we would have loved playing with when we were children,” explains Sindhu Senthilnathan, co-founder of Little Ladoo. “Rather than wait for someone else to create these, we decided to figure it out – and here we are.”

Mital Telhan, co-founder of Desi Babies, echoed similar motivations: “Being raised immersed in our culture, we wanted the same for our kids, but realized there was a void in products for younger children.”

This Diwali-themed bundle includes educational board books, a 40 page coloring book, a 20-piece wooden puzzle, and a sticker sheet with 18 stickers. Desi Babies
This plush South Indian meal encourages role play where children can eat their favorite dosa, idlis and more on a banana leaf.Little Lado
1/2

The toy industry is a $90 billion industry globally and $27 billion industry in the U.S. Meanwhile, Indian Americans are a fast growing segment of the American population. Between 2010 and 2017, the Indian American population grew from roughly 3 million to close to over 4 million; a roughly 40% increase, according to South Asian Americans Leading Together’s (SAALT) Demographic Snapshot of South Asians in the United States published in April of last year. Yet, major toy manufacturers have created few meaningful products reflecting Indian culture. These startups seem poised to respond to this rapidly expanding opportunity.

Having grown up with a void of such offerings, it’s heartening to see four companies creating and marketing Indian toys for young children. On the cusp of my daughter’s first birthday, I ordered Jai Jai Hooray’s Goddess Power tower of blocks ($30). We opened them during a recent visit to my parents’ place. My daughter loved the colorful blocks – knocking them down, fitting them within one another, and of course chewing on them. My 78-year-old mother, who immigrated to this country in the early 1970s, admired the renderings and descriptions of each of the goddesses, while I cherished the poem about mothers the stacked blocks spelled out. But it was my 95-year-old grandmother who was particularly taken with the blocks, amazed to see her Indian American great-grand-daughter playing with a toy reflecting her culture. She held each of the blocks in her frail, wrinkled hands, turning them over and over, with wonder.

Though I thrilled at finding a toy that spoke to my child’s cultural identity, and treasured this poignant intergenerational moment of bonding, I realized that most of the toys I found were Hindu-centric. What of the millions of non-Hindu Indian families, not to mention those in the wider South Asian diaspora? Beyond this, just as I have become enriched by the cultural traditions of my Muslim, Buddhist, Sikh, Jain, and Christian friends from the Indian diaspora, I want my daughter to see India and the South Asian diaspora for all its pluralistic beauty.

Desi Babies includes an Eid coloring book, acknowledging the significance of Eid to millions of Indian Muslim families in the diaspora. And while Jai Jai Hooray’s toys and flashcards are focused on Hindu deities, they chose to push back on patriarchy by portraying the power of goddesses and mothers, while fighting colorism by depicting their goddesses in a range of skin tones. The goddesses that have hung in temples and in my family’s home are most often depicted with fair skin and often with Caucasian features, which doesn’t represent most people from the Indian subcontinent. Jai Jai Hooray also features a print of the Sikh symbol Ik Onkar, which roughly translates to “One with Everything.”

Of the Hindu-centric nature of Modi Toys, its co-founder Avani Modi Sarkar says, “My family is Hindu, and my daughters are being raised Hindu. It felt natural for us to start with what we know and what we hope to preserve. As the world’s third largest religion, and with nearly a billion Hindus globally, there’s so much to be explored within Hinduism alone.” Sindhu Senthilnathan says she views Little Ladoo as a “South Asian brand,” and, “if it was financially possible, we’d have a whole line to represent children all over the world.” She adds, “But as they say, the Taj Mahal wasn’t built in a day.”

Satya 'is constantly asking me for dolls for her dollhouse that look like our family — a girl with two long braids, a dad with a turban, and a mom with a nose ring.'

Meanwhile, Jai Jai Hooray founder Rupa Parekh notes they’re in the process of reaching out to non-Hindu creators about how to sensitively adapt their spiritual and cultural traditions to toys. “As a founder, creator, and mom, I want to support diverse creators to develop the products they feel are missing. So, to all the Muslim, Sikh and Dalit creators or parents out there, we welcome your cultural leadership, inspiration, voice, ideas and are here to collaborate or patron the brands you launch.”

Ultimately, what matters most is the customer. I spoke to a diverse group of mothers of Indian children in the New York City area to discern their thoughts on the value of Indian toys for their children. Shagun Mehandru, who has a combined Hindu-Sikh family, says the toys she bought for her toddler son from Modi Toys and Jai Jai Hooray “make explaining our culture and stories easier.” Raakhe Mirchandani, also from a Hindu-Sikh family, shares Shagun’s joy at discovering the brands, saying her challenge is that her daughter Satya “is constantly asking me for dolls for her dollhouse that look like our family — a girl with two long braids, a dad with a turban, and a mom with a nose ring.”

Meanwhile, Nadia Keshodkar, who is Muslim, feels the books she chooses do a better job of reflecting her family’s background than toys she found at Jai Jai Hooray. “I think this is because I want my children to see people that are similar to them,” she says.

Tara Heidger, a white mother to twin girls whom she adopted from India, explains that she aims to bring India into her daughters’ lives in a tangible way, which includes reading books with Indian themes and buying toys from Desi Babies. “I know India is rich in diversity of ethnicity, religion, language, but we are just trying to keep the idea of India as normal as possible.”

As for me, I’m happy my daughter has an array of toys reflecting her Indian identity – little me would have felt so seen by these toys. But I also want my child, — and other children from the South Asian diaspora — to see themselves and each other in their toys, fostering a mutual understanding of India’s abundance of cultural traditions, especially during these fraught times. My daughter already displays a love of music and rhythm so perhaps, by the time she’s singing Do, Re, Me and Sa, Re, Ga, this will be a reality.