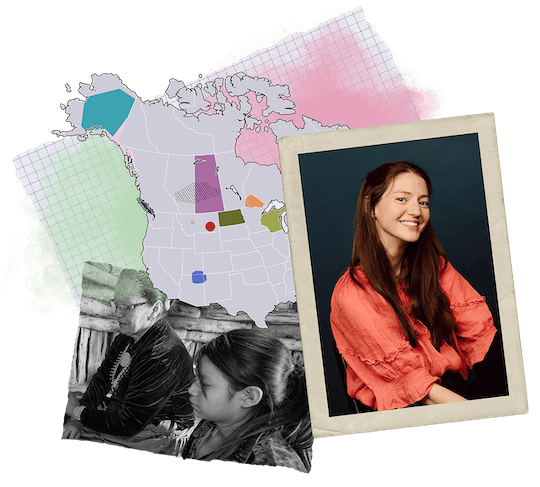 Our Stories Of Contemporary Indigenous Parenting: Letter From The Editor

How often have you come across a story about Indigenous parenting in the media? It’s a question I asked myself while putting together the stories in this package. While Indigenous people make up around 2% of the American population, and 5% in Canada, our voices are still too rarely heard. When Indigenous parents do appear, the stories about us tend to be tragic.

There are reasons for that. Indigenous parents face particular challenges. Our maternal mortality rate is twice as high as that of non-Indigenous parents; our children are far more likely to be taken by the foster care system. Many Indigenous people are survivors of residential schools and Indian boarding schools, and of subsequent initiatives to scoop Indigenous kids from their communities and adopt them out to white families. Those traumas are not only carried today by parents and grandparents; they reflect violent, systemic efforts to unravel Indigenous families, erase traditional parenting practices, and unbind the ties between Indigenous children and their culture and ancestors.

It’s important to talk about these injustices. But it’s equally important to talk about Indigenous parenting as a joyful and hopeful practice. There is no more profound act of resistance than nurturing the next generation, and believing that their future can be beautiful. When I held my daughter for the first time, I felt the connection between her body and mine, but also our connection to all the ancestors who had come before us, who had lived and loved and survived so that we could be here together.

There is no more profound act of resistance than nurturing the next generation, and believing that their future can be beautiful.

In this series, we’re grateful to include Indigenous writers from many tribes and nations whose stories navigate both the challenges and the wonder of parenting. One downside of being part of a small population is that you tend to get lumped together in the popular imagination, even though our nations and communities are incredibly different from one another. And Indigenous parents are raising children in all kinds of diverse settings, too: on reservations and in urban areas, on their homelands or far from their traditional territories, alone or in multigenerational homes filled with kin. The stories in this series are just a small glimpse of the many ways that our Indigenous families can look.

My nation is the Muskeg Lake Cree Nation in Saskatchewan, but I grew up on the West Coast, in Vancouver. It’s a common experience among Indigenous people in my generation, who are more likely than ever to live in urban areas. As a writer, sharing my own experience and telling stories about other Indigenous folks has been a way for me to understand my identity and gain a deeper understanding of the issues facing our communities. As a guest editor for this series, my hope was to share a range of perspectives that illuminate the contemporary realities of Indigenous parenting within the larger context of our cultures, histories, and struggles.

Like me, my daughter will grow up in a city where there aren’t many Cree people. It’s my responsibility to share that culture with her and to nurture those relationships for both of us. I also want her to grow up seeing more Indigenous families everywhere — in the books we read, the stories we share, the events we attend together, and the community that we build. I want her to understand that her existence, and that of every Indigenous child, is a living embodiment of hope and resilience.

More Like This
The 4 Main Parenting Styles & Which Is Best For Kids
How To Handle It When Someone Criticizes Your Parenting
The “Tripledemic” Is Scary, But I Feel Less Helpless When I Wear A Mask
'Workin' Moms' Has An Official Release Date For Its Final Season