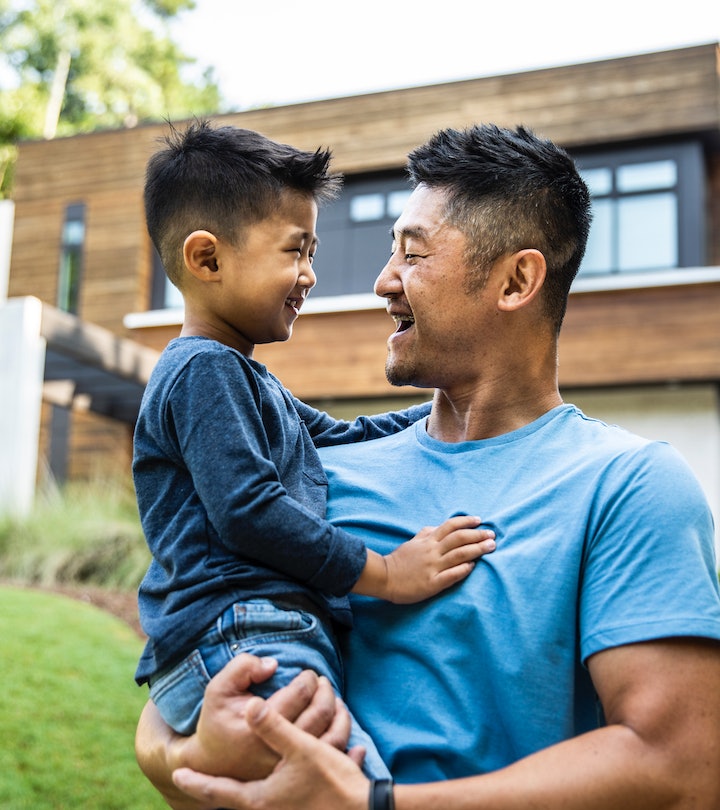 The 4 Main Parenting Styles & Which Is Best For Kids

Yes, there is a best approach.

In theory, your parenting style could affect your child’s ability to make friends as well as how they do in school and how they eventually do in the workforce.

Learning about these parenting styles can give a helpful framework for thinking about styles of parenting you’ve probably seen — or put to use — but didn’t have the words for. There are costs and benefits for each approach, and considering those can help remind you of why you’re not just throwing up your hands and letting your kids run amok nor demanding perfect compliance with your rules.

What are the 4 main types of parenting styles?

Though every parent is different, there are four generally acknowledged parenting styles. Your parenting style both sets the foundation for how your household runs, and shows up constantly in the many little moments in which we interact with our kids throughout the day. Researchers Eleanor Maccoby and John Martin identified the following parenting styles in a famous study from 1983:

Which of these parenting styles is the best?

Though it may be surprising to hear, particularly when one of of the parenting styles is called “uninvolved,” successful people have come from all four types of parents. There’s a lot of modern parenting discourse that acts like if you just do parenting “exactly right,” you’ll have a happy and successful child. Unfortunately, it’s really not that simple. However, the authoritative style — not to be confused with authoritarian — is the one that psychologists recommend and that, studies suggest, lead to your children turning into well-adjusted and capable adults down the line.

On the axes of demanding versus responsive, authoritarian parenting is the high demanding, low responsive style of parenting. It’s the “father knows best” style, the “do as I say not as I do”, or, simply put, the old school way of parenting. You won’t find any Dr. Becky-type conversations validating a child’s feelings. Instead, communication tends to be one-way: parent is directing the child what to do, and the child follows the rules or faces consequences. Perhaps the most famous example of an authoritarian parent is Amy Chua, author of Battle Hymn of the Tiger Mother, who became famous through her account of forcing her her kids to do hours of homework and music practice every night. While authoritarian parents want obedient kids, they also believe that their method is the best one for ensuring their child’s future success.

Unfortunately, the psychological studies of children raised by authoritarian parents don’t bear that out. A study of adolescents in Germany that looked at the correlation between parenting style and adolescent mental health found that children with authoritarian parents “demanding-controlling parenting style is likely to hinder the development of autonomy in adolescence and may therefore contribute to the development of mental health problems.” In other words, kids in authoritarian families don’t learn to trust themselves: when you’re constantly being told what to do and how to do it, it’s hard to develop your own sense of self. Some kids may go the other direction, and be so desperate for any kind of freedom that they refuse to listen to any adult, no matter how well-meaning. This parenting style might get you a peaceful house in the short-term, but its long-term effects aren’t encouraging.

The mental health outcomes for children raised in authoritative environments is generally positive. The German study referenced above noted that “several studies have reported an association between an authoritative parenting style and positive developmental effects in children and adolescents” and that children raised by authoritative parents “more often appear to be independent, self-confident, and emotionally stable.” They also tend to perform the best in school. So you don’t need to have strict rules that your child can’t bring home less than an A (like an authoritarian parent might) to have your child get good grades.

Permissive parenting is the style that kids think that they want, and may even say they want, but don’t actually benefit from. As its name implies, permissive parents, per APA, “fail to set firm limits, to monitor children's activities closely or to require appropriately mature behavior of their children.” It’s commonly the style of parents that you see on Supernanny, before Jo sweeps in with a list of household rules and the naughty step. The kids rule the roost in a house with permissive parents, and parents are just along for the ride. Kids with permissive parents might enjoy their childhoods and have a very warm relationship with their parents, but the drawbacks of this style tend to be apparent when they leave the home.

The negative effects of permissive parenting aren’t hard to guess, and come down to the fact that while parents may not have rules for their children, the world at large does still have rules, and generally doesn’t treat those who break them very kindly. One study of approximately 500 college students found that those raised by permissive parents struggled when they got to college. They tended to express “academic entitlement” which led to stress and poor mental health. (“Academic entitlement basically means expecting they would get excellent grades even without necessarily putting in the work.) Having rules and expectations doesn’t just make sense for your own sanity, but for your child’s future happiness as well.

“Uninvolved parenting” is typically not a parenting style that a parent really chooses with much intention. This parenting style is defined by parents who are “unresponsive, unavailable, and rejecting.” This can refer to both physical and emotional rejection — they may literally just not be around much, or be physically present but emotionally unavailable. Uninvolved parents tend to be dealing with huge stressors in their life or mental health problems that interfere with their ability to parent.

It can be stressful to read about all the ways that you can get parenting “wrong.” Most parents have days where we’re super sick or stressed and tend more towards the permissive/uninvolved spectrum, or days when we just need our kids to get in line and tend to be more authoritarian. But kids don’t require perfection, or anything close to it. A concept that predates the four parenting styles is that of the “good enough parent,” which posits that kids don’t require perfect responsiveness to their needs, or anything close to it, in order to thrive. In short, we can aim for authoritative parenting that has both love and limits, but no parent is going to perfectly embody that style all the time.

More Like This
When Does A Baby Recognize Their Father? A Pediatrician Explains
A Parent’s Guide To Stomach Pain In Kids
101 Would You Rather Questions For Kids
Do Parents Really Need To Worry About Their Gas Stoves? Pediatricians Explain
What Parents Are Talking About — Delivered Straight To Your Inbox