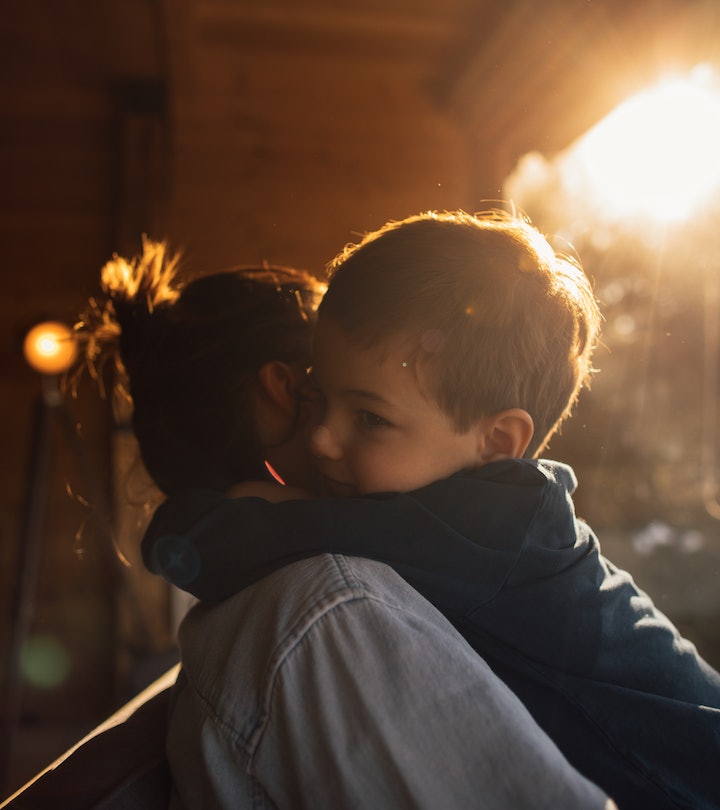 On weathering winter 2022, the cold season that just won’t quit.

My son is on day five of a fever. We’re waiting in the too-hot hallway by the back entrance — the make-shift “sick kid” entrance that emerged in 2020 — to our regular pediatrician’s office, where we’re lucky enough to have nabbed an appointment today because I booked it yesterday assuming this fever would not disappear overnight.

It’s stuffy. We’re very masked. There’s nowhere for my febrile kid to sit so we plop down on the floor. Another mom shows up with a toddler slung over her shoulders. “He’s had a fever for FIVE days,” she says to me under her breath. “Mine too!” I say. We give each other a look of solidarity over the top of our masks. I momentarily feel less alone.

Because it is lonely here, in this state of constant, low-grade crisis. There’s too much vigilance and not enough sleep. I’m worried about our stockpile of children’s Tylenol. Should I go out later tonight and try to get more? (We all know where toilet paper hoarding got us in 2020.) I’m missing work and feeling guilty, though my colleagues assure me they understand. They too are going through it. Mostly it's the feeling that it might never end. School and holiday plans and normalcy of any kind might be engulfed by this nagging fever and my nagging worry.

There’s no clarity, no magic solution, no prescription. We don’t even get a clear diagnosis. There’s just waiting and soothing and hoping the baby doesn’t get it too.

So here we were. My son sat in my lap as we waited. I told him Santa would have to bring some really cool gifts this year for all the swabs and pokes and colds he’s been through. It seemed to perk him up.

Every cold season until this one, I've been told to call if a fever lasts more than three days, like something terrible happens after three days that only the doctor can fix. This time, though, when I’d called about day four of a fever, half-expecting to get an antibiotic prescription over the phone, the nurse I talked to said that "compared to other kids we've seen, you're doing great. Call back when it's been over 102 for three days."

I guess I was supposed to feel relieved that my normally energetic child had only been laid out for four days with a fever of just 101? Over the next few hours, though, deep frustration built in me as I watched the circles darken under my kid's eyes and tucked him into bed, exhausted by a day of movie-watching. I decided I did not want to wait until day 5. I finagled this appointment, peeled him off the couch, and dragged him in.

"Will they do a strep test?" he asked warily, "because I'm NOT doing that again. It made me gag!"

"I am going to ask them not to," I sort-of lie. I’m desperate for answers, and — kind of — just want drugs. It’s 2022, I expect prescriptions that will make my child better. I expect a fever to last one-to-three days and then to go away.

We’re called in to see the doctor. Griffin can barely sit up, too tired to even race the Dinosaur Train in my PBS kids app while we wait to see a pediatrician we’ve never seen before, to get yet another swab. I’m relieved to be here and hate it that we’re here again.

I felt relief when the doctor who saw us — someone I suspect had been called out of retirement to deal with the tripledemic crush of patients — was kind, thorough, and soothing. “I really think it's the flu,” she said, gently but firmly, telling me that antibiotics wouldn’t help whatever’s causing this endless fever.

I felt relief that the nurse who swabbed him was confident, funny, and warm, able to coax him through the dreaded swab, as my coaxing reserves are fully depleted at this point.

I suspect that later I will feel angry that parents are again on the front line of a crisis, doing the dual work of their jobs and caregiving. But for now, I am too tired for that. I am treading molasses.

I rip off our masks on the wait to the car, and the brisk air feels so good. Griffin seems perky in my arms, squishing his face into mine. “Did I earn a toy?”

I take him to the store and he picks out a motorcycle, nearly skipping down the toy aisle. I am flooded with relief again, to see him — even momentarily — full of life and energy. We’re driving home and I see a text from my husband, who has been checking messages from the doctor to see if the flu result is in yet. “Noooo the test was invalid and you can go back and try again if you want.”

I am crushed. “This motorcycle is so cool mom, look look! Can I watch TV when I get home?”

I get him back on the sofa, snuggled up with water and snacks I know he won’t eat. He wants to watch the “rover movie” — a documentary about the Mars rovers. I snuggle with him, and take some breaths. The doctor calls. “Do you want to come back? I’m so sorry. Our machine broke while it was running his test.”

She agrees. We will have to stay home until he’s better, regardless of the results.

This feels almost too on the nose. I was soothed for a moment by the presence of a doctor, but there’s no clarity, no magic solution, no prescription. We don’t even get a clear diagnosis. There’s just waiting and soothing and hoping Griffin’s baby sister doesn’t get it. She is eligible for Tamiflu if she catches this thing (and if this thing is flu) but the nurse is quick to warn me that it’s unlikely we’d be able to find Tamiflu, because “it’s hard to find right now.” I really hope we have enough Tylenol. A friend hears this and offers me Tamiflu her daughter didn’t end up taking, and — confirming the weirdness of it all — our doctor seems thrilled for me as she OKs my back-channel acquisition, and preps dosage suggestions should my daughter test positive for flu.

The shortages, the “tripledemic,” the pediatric care crisis: All these things were predictable, perhaps even preventable. I suspect that later I will feel rage that plans weren’t made to prepare for a wave of illness like this. I will feel angry that parents are again on the front line of a crisis, doing the dual work of their jobs and caregiving. But for now, I am too tired for that. I am treading molasses.

I breathe like I tell Griffin to — blue skies in, gray skies out. I rest my always-cold hand on his too-warm head. I keep his water bottle full. I pull his moppy head into my body and just lay there with him. Closeness feels like all I can promise. My kid is OK, right now, in my arms, in our home. And so it’s all OK, I guess, too. It has to be OK, because it is what we have.

More Like This
Winter Travel Tips For Families
Tips to Beat Jet Lag, For You & Your Kids
A Parent’s Guide To Stomach Pain In Kids
14 Recipes For Sick Kids When Everyone's Tired Of Canned Soup & Crackers
What Parents Are Talking About — Delivered Straight To Your Inbox