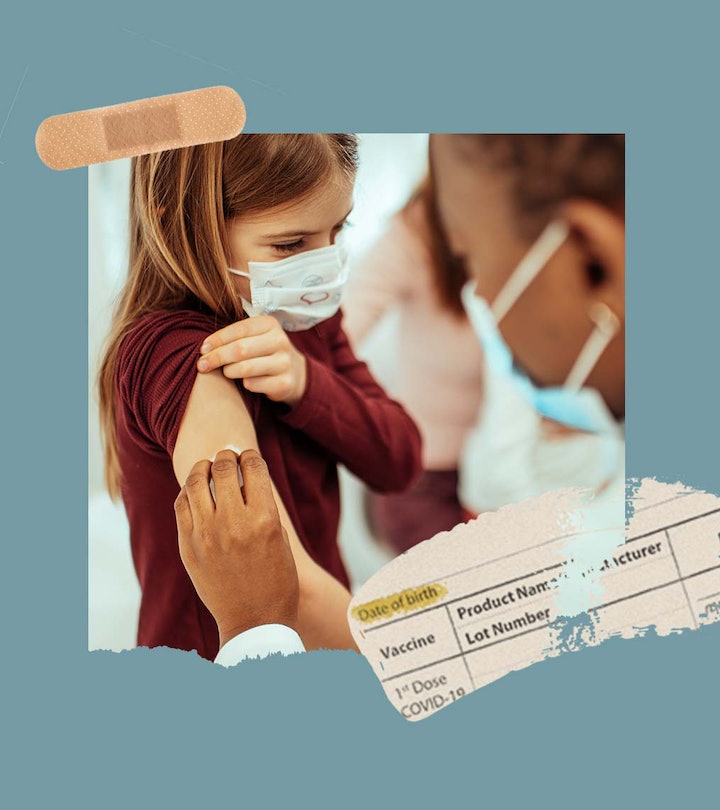 Did Parents Who Got Kids Under 12 Vaccinated Early Make The Right Call?

What doctors — and bioethicists — really think of the parents who vaccinated their kids before they were eligible.

Last June, when Rachel Kamin of Lake Zurich, Illinois stared down the busy summer schedule lined up for her 11-year-old son — camp, air travel, a “once-in-a-lifetime” baseball trip to Cooperstown — the thought that he would be unvaccinated against Covid-19 for all of these people-packed events weighed heavy on her mind. “We just felt like, he's going to go on this baseball trip, then to out-of-state camp, then we’re going on vacation to see family — and then he’s going to turn 12 and get vaccinated? That just seemed so dumb.”

Instead, Kamin became one of the many parents nationwide who this summer decided to lie about the birthdate of their almost-there-but-not-quite 11-year-old child in order to receive the Covid-19 vaccine ahead of schedule. And while parent group chats and Facebook groups quietly bubbled with moral see-sawing on the issue and recommendations about how to successful game the system in order to get their kid jabbed, most healthcare professionals see the choice as having little medical or moral grey area.

“Obtaining a vaccination for a child who is not currently eligible would involve quite a lot of deception, and we're specifically talking about lying to another person,” says bioethicist and Hastings Center research scholar Nancy Berlinger, who herself has an 11-year-old niece who just became eligible for a vaccine this week. “The person [you’re lying to] is probably a pharmacist, a phlebotomist, a nurse. And why do we feel this discomfort? Because we know lying is wrong. I imagine something my [niece’s mother] might be thinking is, ‘Not only would I be lying, but I'd be involving my child in this,’ and that's a lot.”

For many parents, the pandemic has rewired our brains to ensure that the “fear” synapses are firing on a near-constant basis, making decisions that would’ve seemed unthinkable two years ago.

In Kamin’s case, the mental and logistical gymnastics did turn out to be, well, a lot. Kamin’s son’s birthday was in August, so they decided on a fake March birthday to tell the nurse at the medical clinic. (The thought process behind this? Turning the “3” on the vaccine card into an “8” late on would be relatively easy as to not muddle his long-term medical records.) What’s more, as a faux 12-year-old, her son was capable of — and expected to — tell the vaccine administrator his birthdate himself, so Kamin and her husband “drilled” him on his new, false birthday for days leading up to the event and in the car on the way to the appointment.

And while the subterfuge worked — her son was successfully vaccinated — she continued to worry about insurance flagging the inaccurate birthdate and blowing their cover. “One of my son’s teammates did the same thing we did, but [his mom] took her son to Walmart where you don’t even have show insurance. That was smart,” says Kamin. “But she made up some arbitrary birthday, so she had no way of changing it on the vaccine card. I'm like, ‘Well, you were smarter to not get insurance involved, but I don't know what you were thinking when you decided on your made-up birthday.’”

Group think is powerful in parenting circles, particularly in more privileged corners of the population where being told “wait your turn” or flat-out “no” isn’t a common occurrence. Philip Bloch, a parent from Kirkland, Washington, was at a drive-by birthday party for a freshly-minted 12-year-old this summer when one of the 11-year-old party guests — who had been roaming through the party maskless — was revealed to have received his first dose of the vaccine earlier that morning.

“The dad went into his spiel about what they'd considered [as well as] how and where they'd done it. As the evening broke into sitting on the porch, other parents heard the story and stated that they'd considered doing something similar before some said things like, ‘Heck, I'm doing that tomorrow.’” Many parents of tweens consider the 12-year-old cut off to be a somewhat “silly” or arbitrary designator: after all, 11 and 12-year-olds go to the same birthday parties, play on the same sports teams and — in some cases — can be physically larger than a petite 16-year-old who has received the vaccine.

But Dr. Jill Weatherhead, Assistant Professor of Infectious Disease at Baylor College of Medicine, says that vaccine researchers’ age decisions are more complicated than simply whether or not a kid meets a weight threshold. “Children metabolize medications differently as their bodies grow, so it's not just about weight. At 12-years-old, children are most likely going through the biologic changes of puberty, and the maturity of their immune system is going to start being more reflective of adults,” Weatherhead explains. “That’s where these numbers come from. Just because you are a large nine-year-old, that doesn't mean you have the immune system of an adult or the ability to metabolize medications and vaccines in that way.”

Weatherhead also points out that vaccinating an 11-year-old early could potentially put the child at risk of unknown side effects, and complicates the compiling of long-term, age-group-correct data about the efficacy of the Covid-19 vaccine in younger populations.

Whether or not you’ll encounter parents lying about their child’s age in order to receive the vaccine also appears to be — like masking, school-reopening plans and pandemic attitudes in general — a somewhat location-specific issue. In Vermont, a state where 76% of those eligible have received at least one dose of the vaccine, the Department of Public Health says parents attempting to vaccinate their underage children wasn’t a widespread concern.

In Michigan, however, where there’s a much lower vaccination rate for those eligible, Lynn Sutfin of the Department of Health and Human Services heard enough incident reports that she encouraged those administering the shots to “look up patients in the Michigan Care Improvement Registry to verify age prior to administration.”

Group think is powerful in parenting circles, particularly in more privileged corners of the population where being told “wait your turn” or flat-out “no” isn’t a common occurrence.

Did higher vaccination rates make Vermont-based parents feel more confident their children will be protected until it’s their turn? Perhaps. But for caregivers nationwide who didn’t feel like waiting, legal ramifications certainly weren’t a deterrent to fudging your child’s age to get vaccinated. Unlike most activities that involve falsifying your date of birth (like, say, sneaking into a bar with a fake ID) there are no penalties — legal or otherwise — in any state for lying about your child’s age in order to get the Covid-19 vaccine.

That is, unless you count guilt.

When it came time for her son’s 12-year-old checkup, Kamin worried their longtime pediatrician would scold them for having gamed the system to get vaccinated early. “I said to my husband, ‘Well what if the pediatrician yells at us or judges us? You have to take him!’ And my husband was very much like, ‘I will fess up. I will admit to everyone. We lied to get our son vaccinated. Sorry, next time there's a pandemic, I won't lie about my kid’s age.’”

For many parents, the pandemic has rewired our brains to ensure that the “fear” synapses are firing on a near-constant basis, making decisions that would’ve seemed unthinkable two years ago — like lying to a medical professional in order to receive a vaccination — seem understandable in the face of the Delta variant and increased risk of illness and death for children.

Now parents of 4-year-olds are going to face some similar calculus. Shots for their kids may be many months away, and the pandemic isn’t going anywhere. But Berlinger cautions that if you’re feeling uneasy about “fudging” your child’s age in order to receive the Covid-19 vaccine, insert a stop-gap before making any big decisions by asking your pediatrician.

“If you're used to calling up your pediatrician about everything to do with this child's health, and you're avoiding it on this one? Cognitive psychologists call this ‘motivated reasoning’ — there's something you don't want to hear. That would be a strong caution. If you're very accustomed to calling the pediatrician, and you won't do it on this one, ask yourself why.”

More Like This
I Had Bariatric Surgery & Can Say The New AAP Guidelines Will Harm Kids
Do Parents Really Need To Worry About Their Gas Stoves? Pediatricians Explain
Julia Fox's Apartment Tour Made My Nipple Hairs Stand On End
Weed Moms Are Changing The Culture Around Marijuana
What Parents Are Talking About — Delivered Straight To Your Inbox