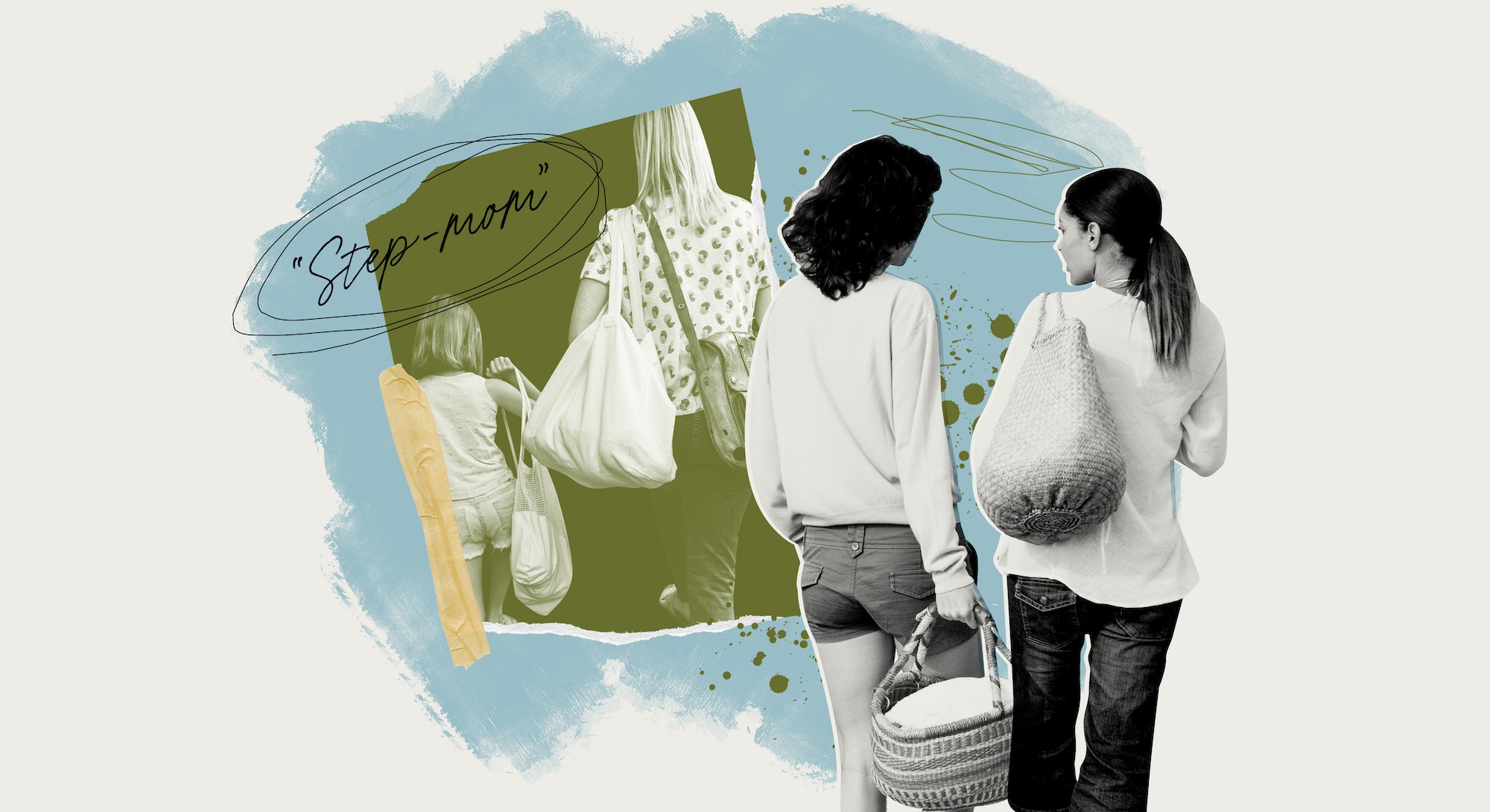 Passing As A “Real” Mom

As a social experiment, I took the “step” out of “stepmom” on a yoga retreat, and the results were revelatory.

“How old is your daughter?” the retreat leader asked me. We’d just met in Sayulita, Mexico. I was there for a week to do yoga and meditation, and to relax and drink straight from coconuts.

Startled at first that she knew about my family, I remembered an email I’d sent before I’d arrived, concerned about the lack of electricity and Wi-Fi at the retreat. It was marketed as a “digital detox.” I’m asking because I’ll need to get in touch with my husband and daughter, I’d written in my email. The word “daughter” was shorthand for stepdaughter. The sentiment was the same, though: that I had a family and would want to check in on them during the week; the semantics seemed too specific: Who cared that she was step?

So when the retreat leader asked me about my daughter at that first dinner, with only two others at the table, I did the unthinkable: I didn’t correct her. When she asked me the question, I noticed the other two perk up and there was even an audible “aw.” They’d known me for a few hours already and I hadn’t mentioned having kids. The shift was palpable. My value increased. I was now a mother in their eyes. A Real Mother, not one through marriage.

I didn’t plan for this miscommunication-turned-experiment to go on for so long, but then they asked about her again the next day: how she is schooling in the pandemic, if she has a cellphone, if we’ve traveled together. I didn't correct anyone.

It’s not like I was sitting there telling my birth story or something, so I didn’t feel like I was lying.

I didn’t correct my group the next day either, and at a certain point, maybe four days in, it seemed too late to tell them that she was my stepdaughter. Why did it matter? Why did it have to lessen my bond in their eyes, the details I know of her, the answers to their questions?

I know it would, though. If it were anything like the previous times I’d clarify that we were a blended, step, chosen family rather than blood, there is a familiar “aha” moment for the person I’m in conversation with.

So, for once, I decided not to go there. I decided to let myself be treated like the parent I am.

One evening, we met a woman who said, “I have a 10-year-old daughter.”

Reaping the benefits of people thinking I was a biological mom was noticeable. I couldn’t believe how often the people around me asked about her, asked for pictures of her, asked my parenting philosophies. I couldn’t believe there was space for me to talk about parenting, about Louise’s interests and idiosyncracies. One person even said, “She sounds like a mini-you,” which they’d never say had they known.

Why isn’t there much space in our imaginations for blended relationships — why are our brains trained to go directly to drama and divorce?

According to the Pew Research Center, 42% of adults (102 million) have a step relationship (either a stepparent, a step or half sibling, or a stepchild). When you add the 11.6 million stepchildren in the United States (16% of all kids), the total is an estimated 113.6 million Americans that have a step relationship. Why, then, do we still treat stepparents like nonparents? Is it a coincidence that whenever I write “stepmother” it autocorrects to “step other”? Why isn’t there much space in our imaginations for blended relationships — why are our brains trained to go directly to drama and divorce?

It’s like living three lives, sometimes: the life in which I am childless, the life where I had a daughter at age 24, and the life where I met my stepdaughter when she was 6, becoming an insta-parent. None and all of these lives are true.

It’s not like I was sitting there telling my birth story or something, so I didn’t feel like I was lying.

Even though 1 in 3 Americans are in blended families, even though “stepmom” has evolved into the positive spin of “bonus mom,” the different way I was treated when I passed for a bio mom wasn’t exactly subtle and proves we still have internalized Disney movies. Not just Disney movies, though. There is also: I Am Sam, Bill and Ted’s Excellent Adventure, Legally Blonde, Stepmom, My Girl, Crazy/Beautiful, In Her Shoes. You are hard-pressed to find a film or book where the stepmother character is at least neutral, normalized, though Juno, The Sound of Music, and The Parent Trap do it well.

And stepdads? You almost never see them in films unless they are abusive in some way.

Just like no marriage is the same and no mother-daughter relationship is the same, there is no one size fits all when it comes to a stepparenting relationship. This is not to say there aren’t a few of my friends and definitely family members who remember I’m a parent, ask about her, include her when sending Christmas gifts. And yet how nice it was to be treated as a mom for seven days, to be treated as a saint instead of a witch. I was part of a nuclear family.

To tell you the truth, my perceived identity was relaxing. Instead of discussing her biological mom, how the schedule works, co-parenting conflicts, and my husband’s past, I had the luxury of staying in the present, of being a mom.

It felt nice to get to the core of what I was: a parent. A mom. Just a mom. No baggage, no strings attached, no complications.

I feel strongly about my stepparenthood and am normally happy and quick to discuss the complications listed above, but it felt nice to get to the core of what I was: a parent. A mom. Just a mom. No baggage, no strings attached, no complications. Mother and child. I was there to relax, and passing as a mom let me do so.

When the taxi arrived, the hotel manager yelled across the driveway, “Give a kiss to your daughter!” I agreed I would.