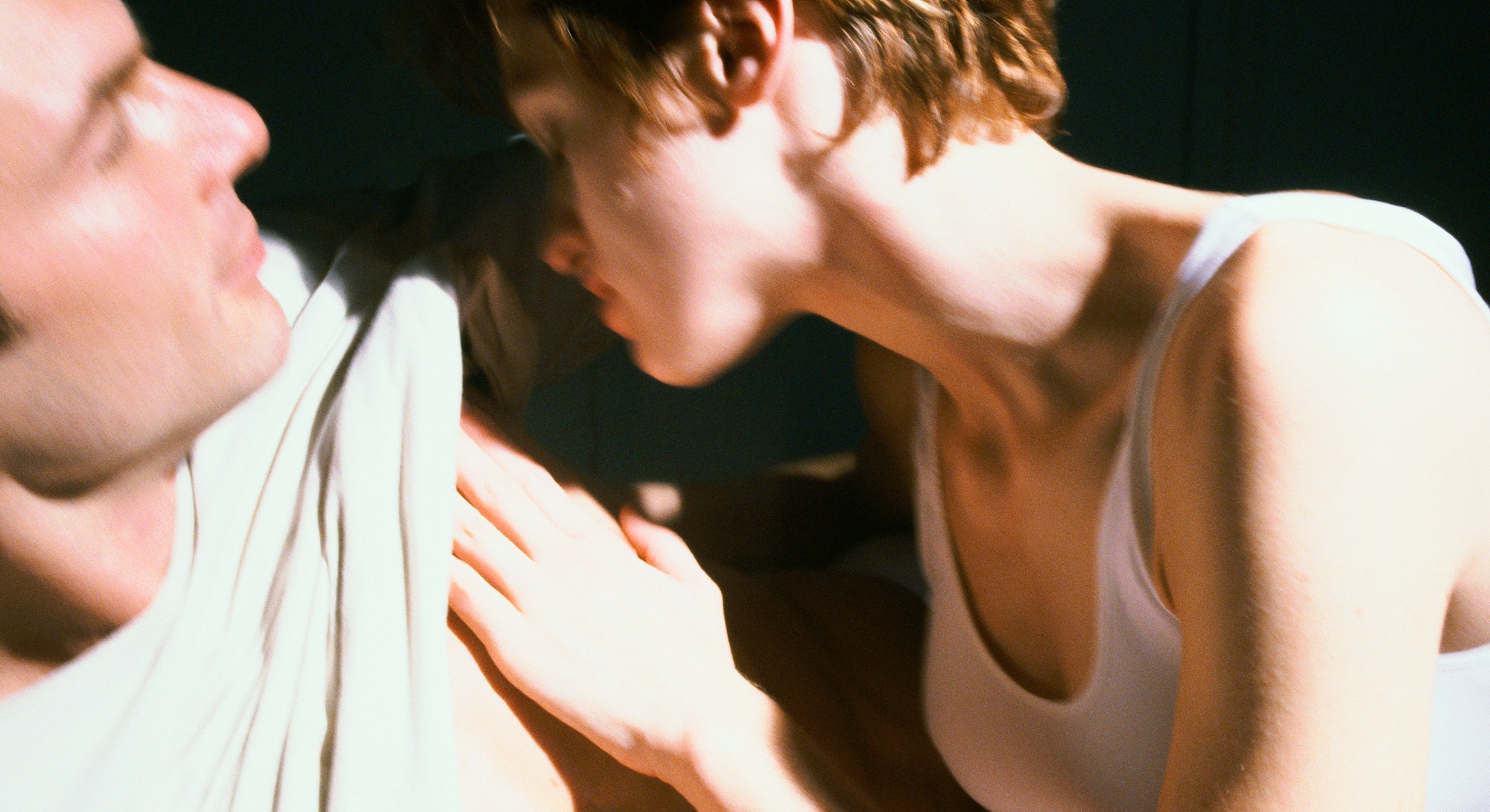 It Was COVID. I'm A Single Mom. Casual Sex Was My Lifeline.

We reminded each other, amid the purgatory of COVID, that we were still alive.

J was the last person I matched with before I deleted the apps from my phone. How do you date during a pandemic? And besides, I was already in love with someone else — a woman who lived on the other side of the country. I told him there was someone else when we matched, information he received eagerly, explaining that he was still hung up on his ex.

“I am nowhere near emotionally available right now,” he wrote.

We exchanged numbers and made plans to meet.

Hooking up with strangers in a pandemic is understandably frowned upon. For single parents, there’s even greater risk: Not only are we putting ourselves in jeopardy by connecting with others in person, we are putting our children at risk as well. To complicate matters even more, I am a widow and my children’s only surviving parent. That means: one, I can’t die; and two, I have been with my kids, who range in age from nine to 15, nearly every waking moment since March.

I expected that parenting during COVID was going to be intense, which is why I ended a serious relationship at the start of quarantine. I didn’t have the emotional capacity to be a girlfriend as well as the mother of four children while simultaneously working from home with zero alone time. But maintaining a serious, in-person relationship and needing intimate physical contact with another adult are two very different things. I knew that to preserve my sanity, I needed to find a person.Someone I could trust and felt safe with, a sexual companion with few emotional demands.

J and I discussed this when we met for the first time. We agreed that, to keep each other safe, we’d stay monogamous, which was unusual for both of us. The logistics were simple: He was a single man who lived alone. I would come to him.

Our compatibility was the product of mutual need more than anything else. We were like two people who meet at a bar and know they will go home together but not spend the night. Together we would get each other through the long winter. Plug ourselves into one another’s bodies and feel a charge.

When I leave my kids to see him, I do not lie. I tell them where I’m going. They know who he is and have seen pictures. They know his story and various details about his life.

Since their father died, I have been transparent about who I’m dating, but I’ve kept more casual interactions to myself. In this case, I am candid and unapologetic, but I am also their mother.

“I need this,” I tell them. “But if you need me, my phone is always on and within reach.”

He lives 15 minutes away, and because his house is the only other place I really go besides the grocery store, my car automatically draws a map between our homes the moment I turn on the engine.

We do not see each other daily. More like a few times a week. I park behind his car in the driveway and whisper knock knock knock against the door until it unlocks. Sometimes I see him in the afternoon. Other times, we do evenings after I feed my kids dinner.

“Come,” he says, holding my hand through the hallway. “And don’t forget to turn up the ringer on your phone.”

He knows that I have left my kids to be with him. He knows that even when I’m here, I’m on call. He knows what I will leave and go home to a life where he will not so much as attempt to belong.

Being with him is like leaving one island for another. Except when I’m with him, on his island, I feel free.

I dress up for our first few in-home dates. I put on my good jeans and do the thing where you scrunch your hair on the bottom. I straighten my bangs, wear lingerie. He is cooking for me, after all. Big, beautiful meals we eat by candlelight in the dining room, like we are something other than the nothing we agreed upon.

In his bedroom, we take off our masks. “Spit in my mouth,” I say, as if germs have become my kink. Is this what happens when you can’t kiss or hug your friends?

In the beginning, the point was to make each other come and let each other go. To remind each other, amid the purgatory of COVID, that we were still alive. Just a couple of strangers closing each other’s eyes as the world caved in.

Being with him is like leaving one island for another. Except when I’m with him, on his island, I feel free.

Over time it has become something else. I guess when you have gone weeks and then months without touching another adult, a connection cannot help but form, a bond that doesn’t know it's circumstantial.

There is an urgency to our exchanges that reminds me of an affair, but the point isn’t risk or transgression. It’s that after months of isolation, we each glimpsed another person through a space in the trees. Crawling into his bed and pushing our bodies against each other is like remembering our own kind.

We are not together but he is, in this very specific way, all I have.

One night, while lying there in a heap, he takes off one of his bracelets and puts in on my wrist. “Here,” he says, and I swoon like we’re teens at summer camp. Like this means something, deeply.

When I look closer, his arm is covered in bracelets that look the same. He will not miss this one, of course he won’t.

I know that nothing that happens here will make sense out there, when there is an out there again. Still, my very next thought is whether he will think of us when this ends. When we are rescued from our island by vaccines and in-person schooling, free to go about our lives as they were before all of this. Thrown back into the safety of the wild. If we meet somewhere outside of his house, will we recognize each other? I wonder. Will we even want to?

It’s the end of February now. There’s no longer a citywide curfew in Los Angeles, but the one I set for myself, I have broken. I will come home to my oldest two children watching TV in my bed. They will have waited there for me, knowing where I was and when I was coming home.

“What’s up?” I will say to them, blinking. My face flushed, eyes bloodshot and raccooned.

And then I’ll strike the pose of an interloper back on dry land, before disappearing into the bathroom where I will shower off the traces of a man my children don’t know and join them as their mother just in time for late night TV. But I will not wash my hair.