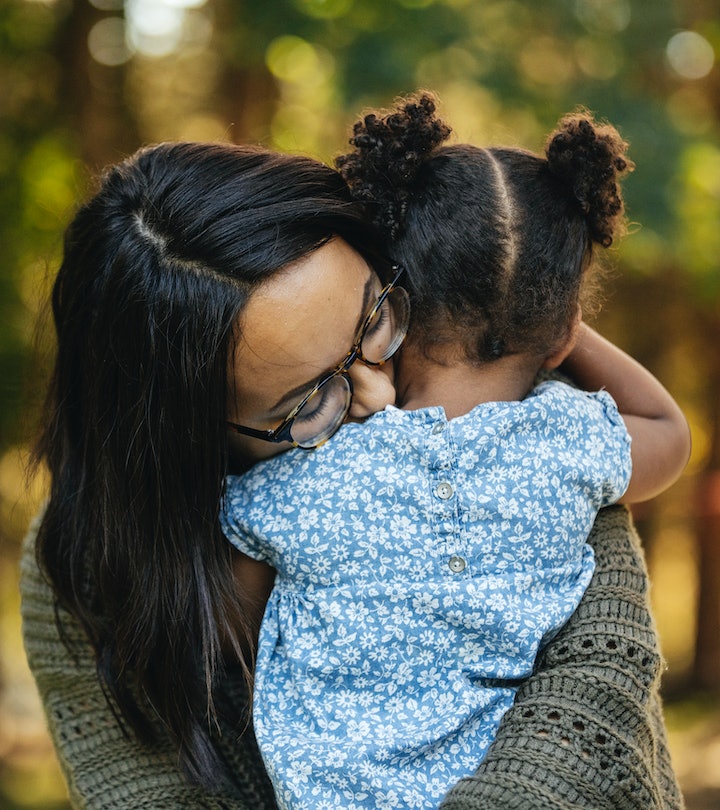 How To Deal With Pacifier Withdrawal

Because it really, well, sucks.

None of my babies have taken pacifiers, and it's not because I’m a superhero mom who doesn't feel they need them. My babies are simply not soothed by anything less than the real deal, despite my best efforts to give my boobs a break. It always seems unlucky in the beginning, but then I've watched others go through the pacifier-weaning phase with their toddlers later — and the many tantrums after taking a pacifier away that go with it — and feel grateful to be spared the trial. When friends ask for advice on how to deal with pacifier withdrawal, I never have anything very helpful to say — it just seems really hard to me. So if your toddler loves the pacifier, but your doctor (or dentist) has said it’s time to wean your child off it, here’s what the experts say you should expect as they learn to live life without their favorite binky.

Pacifier weaning: How a pediatrician does it

As any moms group, and you’re sure to find an opinion on the topic of pacifier weaning from just about every angle. But, pediatrician and medical coach Dr. Jarret Patton believes that the best way to separate a child from his binky is to rip the bandaid off, so to speak. “The best advice to get rid of the pacifier is to round them all up and throw them out with the garbage,” Patton tells Romper. “This doesn't mean that they won't have withdrawal from the pacifier, but they won't have access to it; cold turkey.” In other words? Get rid of the pacifier by literally getting rid of all the pacifiers. But now that the pacifiers are gone, it’s time to brace for pacifier withdrawl. It won’t last forever, but a little withdrawl time is to be expected.

How to handle tantrums after taking the pacifier away

So what can a parent who opts for this route expect? Quite possibly, a rough couple of days. “The child will ask for the pacifier and look for it during the first couple of days,” says Patton. “They may even find one that they stashed away for emergency, which you must also throw away. Acknowledge their effort in living their life pacifier-free, perhaps give them a sticker or a small treat. After a few days, they will have forgotten about the pacifier and will move on with their busy lives.”

Whether you follow Dr. Patton's advice and say hasta la vista to pacifiers in one fell swoop, or you decide to make the change more gradually, weaning off the pacifier is not likely going to be a walk in the park for either your child or for you. Unless you won the parenting lottery, the odds are that whatever method of pacifier weaning you choose will eventually culminate in some pacifier withdrawl. Brace for a few nights of nighttime crying if the pacifier has been a normal part of their sleep routine, with the range of normal extending from one day up to a week or two.

My friend Kristi has been through the pacifier weaning process three different times with her three children, and tells me the intensity of the experience varies drastically with the temperament of the child.

Rather than going cold turkey, Kristi and her husband first took away day time pacifier usage beginning at age 2. They designated a “wake-up cup” where their child would put her pacifier when she woke up in the mornings and from naps, making it strictly a sleeping comfort. Then at age 3, they would take the child on a special trip to the store to pick out something to replace her pacifier; specifically something for nighttime comfort, like a flashlight or nightlight. Kristi also laughingly admits that one particular Elmo video “Bye Bye Binky” seemed to help her girls with the weaning process.

No matter the route you take or the clever tricks you employ, some kids simply have a tough time saying goodbye to this particular piece of infancy. If the process turns out to be more exhausting than you expected, remember that losing your cool will only make things worse, but patience and understanding will go a long way. Above all, stay consistent — waffling back and forth will only confuse your kiddo and drag out the process. In time and with consistency, your little one will learn to live his life happily pacifier-free.

More Like This
A Parent’s Guide To Stomach Pain In Kids
Tips to Beat Jet Lag, For You & Your Kids
Winter Travel Tips For Families
101 "Would You Rather" Questions For Kids
What Parents Are Talking About — Delivered Straight To Your Inbox

This article was originally published on November 1, 2017