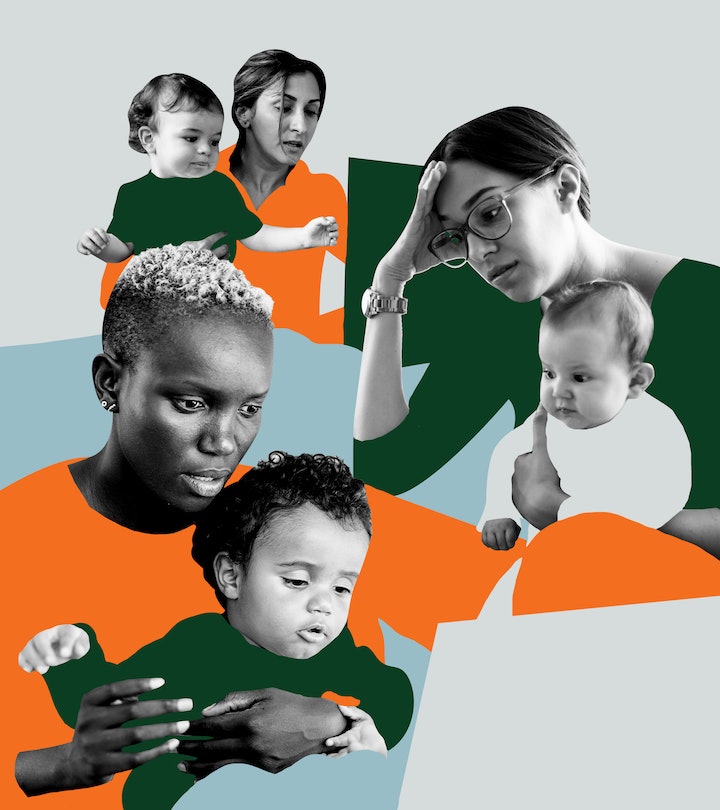 I've been a full-time caregiver for years, but it wasn't until millions of parents were suddenly in my shoes that I made peace with the struggle.

At some point during the haze of last summer, I texted a friend and fellow parent to see how she was holding up. Things weren’t great, it turned out. Both her husband and 1-year-old were sick. She told me that she herself was fine, but that she would “literally rather be sick in bed watching Netflix than solo parenting all day.”

It took me a second to figure out how to respond. Not because I didn’t understand her — as a stay-at-home parent of a 2- and 3-year-old, I had often thought similar things. I just wasn’t used to hearing it stated so plainly, and certainly not from someone other than me. In pre-pandemic days, most of my peers and acquaintances talked about all the time I got to spend with my daughters as something of a luxury and for reasons I could understand. After all, most working parents I knew felt they’d been rushed back to work too soon after having a baby and didn’t have enough time outside of their 9-to-5 for family. But ever since the pandemic forced millions of parents into full-time caregiving, something shifted in the way people spoke to me about it — and I had to admit, it was kind of nice.

“LMAO yeah,” I texted back.

I became a stay-at-home mother in January 2019 after giving birth to my second daughter. Before then, I worked for a small nonprofit, which is to say I did not make enough money to pay for child care for two children under 2. I didn’t like my job enough to do it for free, so I left, figuring I’d cherish the extra time with my kids and perhaps drum up some work as a freelance writer.

Almost immediately, though, I found full-time parenting difficult in ways that were difficult to wrap my mind around. I expected to be busy: nursing and toddler-chasing and bathing and diaper changing and reading board books. And I did plenty of that. But it was everything I couldn’t do that wore me down.

It wasn’t exactly a break that I wanted — it was the opportunity to do something.

“Busy” just wasn’t the right word to describe what made my day so draining. It’s not exactly that opportunities to get things done never arose, only that they sprung up unpredictably, and I had to spring into action without hesitation, knowing that the chance might evaporate at any moment when my eldest lost interest in her blocks or her sister awoke from her nap.

Over time, I got better at seizing these opportunities, but it took a lot of effort to accomplish very little. This made for days that were boring but not restful; exhausting but not productive; lonely but never, ever quiet. It felt like treading water: I was expending an immense amount of energy without moving anywhere. It wasn’t exactly a break that I wanted — it was the opportunity to do something.

When the pandemic hit and everything went into lockdown, my day-to-day didn’t change all that much. If anything, the fact that my husband worked upstairs rather than across town created small but crucial opportunities for him to lighten my caregiving load. Now when something broke, I could call him downstairs for a minute to help handle it. And when things got overwhelming, I could step away for a moment — to shower, to go for a quick walk, or just vent to him for a few minutes.

The resounding message seemed to be that parenting, like other kinds of work, is something that people deserve breaks from.

But millions of other parents were suddenly at home with their children all day. And in a world without schools or day cares, caregiving had the kind of visibility it usually lacks. Parents all over my social media feeds started openly discussing the difficulty of working with little kids underfoot and scoffing at anyone who told them to “enjoy” the extra time with them.

When the Wall Street Journal published an op-ed claiming that “when new mothers can work from home, they are able to focus on their work without feeling torn from their children,” the piece was roundly mocked on Twitter. “Turns out, WOMEN ACTUALLY CAN HAVE IT ALL! [Returns to patiently and not at all resentfully playing w my 21-month-old],” tweeted one mom. “But...but...who watches the baby when the mom is working? Is the baby just quietly playing while she works? ‘Cause my kids didn’t get that memo,” said another. I felt deep sympathy for everyone trying to fit work into the cracks and margins of a day spent taking care of children, but there was something comforting about the fact that I wasn’t the only one who could barely manage to do it.

“But...but...who watches the baby when the mom is working? Is the baby just quietly playing while she works? ‘Cause my kids didn’t get that memo."

It wasn’t just the tension between work and caregiving that the pandemic pushed into the spotlight, but all the difficult aspects of full-time parenting. The monotony of always being around your own children. The guilt of being unable to give them all the attention they crave. The frustration of never having the assurance of even two uninterrupted minutes. People started making jokes on social media about hiding from their own kids and romanticizing the relative peace of their workplaces as I had so often found myself doing. One mother described her office as “a place I once loathed that now represents a kind of mystical, holy land free of pointy plastic superheroes and sticky, screaming faces.” A lot of these complaints were made half in jest, but the resounding message seemed to be that parenting, like other kinds of work, is something that people deserve breaks from.

It dawned on me that the pandemic had given an outlet — literally — to thoughts I barely had the courage to whisper a year ago.

In December, after millions of American mothers had been pushed out of the workforce and many others were teetering on the brink, the New York Times set up a phone line that mothers could call “to yell, laugh, cry or vent, for a solid minute.” “I am so godd*mn sick of my kids,” one woman said. “This pandemic has made me realize that maybe I’m not cut out to be a mother,” said another. “I just need silence. Please. Silence.” Listening to snippets of audio, it dawned on me that the pandemic had given an outlet — literally — to thoughts I barely had the courage to whisper a year ago.

It goes without saying that there is nothing good about this pandemic or the toll it continues to take on parents. But it’s also inadvertently created a space for stay-at-home parents like me to talk openly about the many difficult and draining aspects of full-time parenting. And for that, I am grateful.