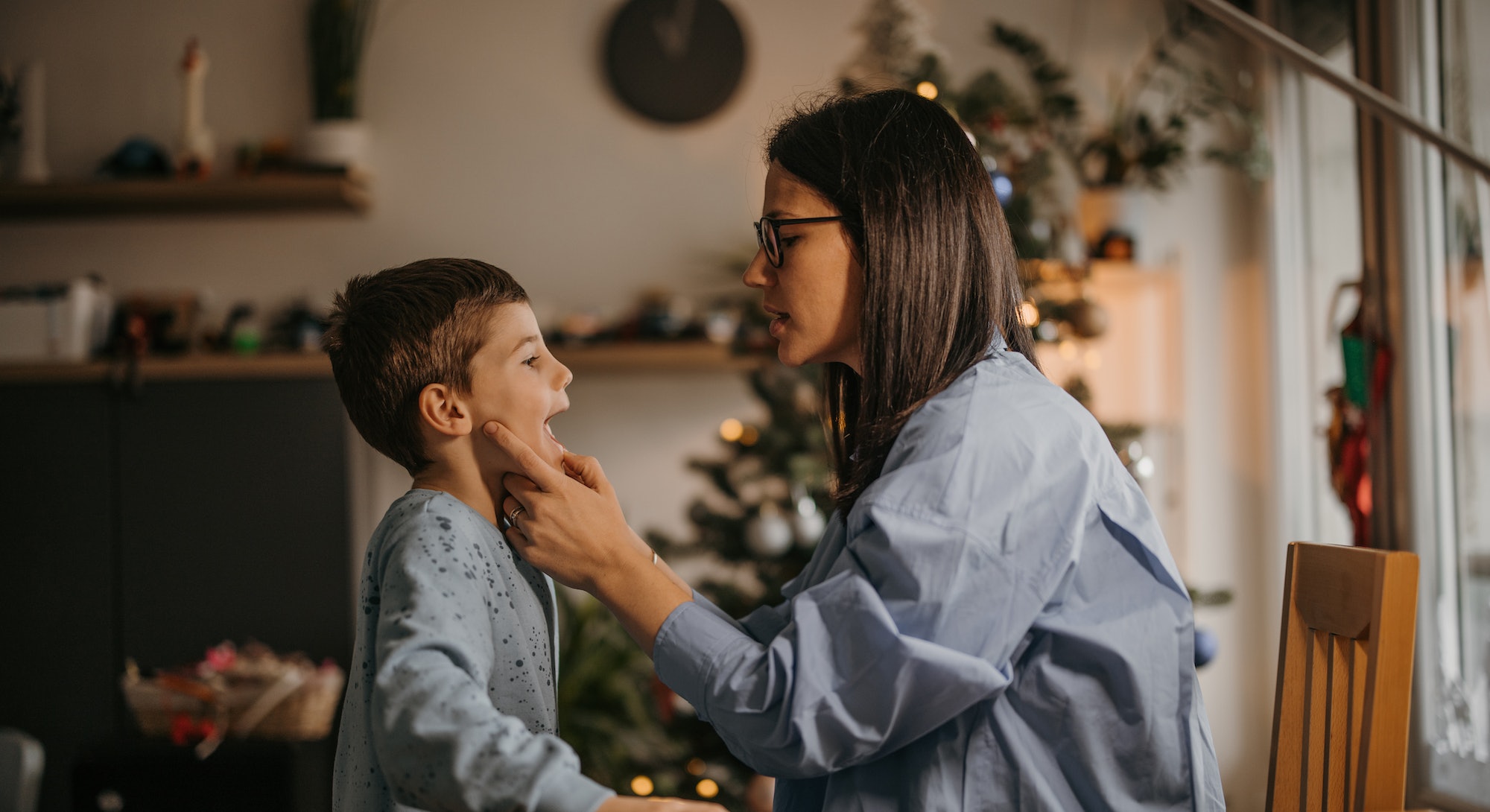 I Need My Youngest To Keep Believing In The Tooth Fairy

OK, maybe more for me than for him.

As a general rule, I take no pleasure in perpetuating childhood myths. I’ve never invited a bogeyman into our home, and I won’t make eye contact with any elves that sit on shelves. I’ll let my boys eat Cadbury Creme Eggs until their tummies hurt but can’t utter the words “Easter Bunny” without it sounding like a pejorative. When asked, point-blank, if Santa is real, my response is a highly convincing, “You know, it depends.” It’s always been the commercialism of the legends we foist on children that’s bothered me, which is probably why I don’t believe in Valentine’s Day either (yes, I’m a real hoot at parties).

Which is why, when my younger son expressed a similar degree of skepticism towards Santa while still in kindergarten, I couldn’t wait to hear his reasons.

What I received was an idiosyncratic but evidence-based argument, contrasting Santa (obvious scam artist and professional hoodwinker) with the tooth fairy (the real deal): “Listen Amma, the reason we know Santa doesn’t exist is the milk and cookies. Obviously people will take milk and cookies and leave presents in exchange. Everyone loves cookies! But teeth? Nobody is going to take someone’s teeth in the middle of the night, which they can’t eat or use, and exchange it for real money! It could only be the tooth fairy.” You try coming up with a rebuttal for that one. I couldn't — and frankly, I didn't want to.

She is our sign of normalcy, proof that despite all the challenges thrown our way since the pandemic began, we haven’t messed up too badly.

Even as a child growing up in India in the ‘80s, I have fond memories of the tooth fairy. Apparently certain traditions transcend geographical and cultural boundaries. When our older son developed his first wiggly tooth, I didn't question that the tooth fairy would make an effortless reappearance. Nor did it matter that as a parent, I was sanctioning one form of bribery while rejecting the rest. (Aren’t our contradictions what make us more interesting people, anyway?)

Parents may encourage belief in the tooth fairy to promote good dental hygiene and because it can provide comfort to kids when they’re in pain. But if anyone is comforted by her presence in our house, it’s me. She is our sign of normalcy, proof that despite all the challenges thrown our way since the pandemic began, we haven’t messed up too badly.

Of course I had no plans of dropping big money on this venture. Our tooth fairy isn’t a believer in inflation: the going rate per tooth around here hovers at the dollar mark. Cash and teeth changed hands for just under a year with our firstborn. The whole enterprise passed without incident: He bought a few cheap trinkets with his earnings, proclaimed he no longer believed the tooth fairy was real, and we all went on with life.

So I was not prepared for how differently things would go when, in late 2020, deep in the “everything is meaningless” stage of quarantine, our younger child started losing his teeth. Drumming up energy for the whole charade seemed like too much, but we went through the motions anyway.

It wasn't until tooth #3 that I forgot to make the nighttime exchange. Our 5-year-old was inconsolable. Grasping for straws, I said the first thing I could think of: “Did you write her a note? She probably didn’t show up because you didn’t write her a note.”

I find myself learning more about my son through this microcosmic experiment than I would have thought possible.

That evening, my son sat at the kitchen table, crafting the most perfectly worded, embarrassingly enthusiastic card the tooth fairy has seen in the 21st century. There were hearts in place of O’s. There was penmanship I didn’t know he possessed. There were rhymes. There was a veritable parade float of decorations surrounding the words. And beneath it all was my child, wearing his heart on his sleeve, putting in way more work than anyone should ever do for a dollar. He’s repeated this labor whenever another tooth has given up the fight. Each time I reach under his pillow and find that neatly folded sheet of construction paper, I feel the same odd twinge: a now-familiar combination of love, guilt, and heartbreak.

Maybe it’s silly that something as minor as trading cash for bloody baby teeth should cause such a disturbance in my emotional universe. But the past two years, with my son spending half of preschool and then half of kindergarten at home in front of a computer, have had me questioning everything. I’ve stayed up countless nights worrying about how all this time at home was going to impact him, but the tooth fairy showed up just in time to help put many of my fears to rest.

In fact, even if she only visits sporadically, I find myself learning more about my son through this microcosmic experiment than I would have thought possible. A few months ago, I walked into the kitchen to find my son (he of the thoughtful notes and spontaneous acts of kindness) absorbed in twisting up a small piece of tissue paper. “It’s a fake tooth,” he explained, not looking up from his efforts, “My one wiggly tooth refuses to fall out, and I really want another dollar. I think as long as my note to the tooth fairy is super polite, she won’t notice the tooth is fake.”

Each time our lives intersect with this invisible creature, our son shows me who he is becoming, and I am hungry for more.

It took him a few seconds to acknowledge my silence. Honestly, I was hoping the glare I was leveling at him was response enough. “What?” he lobbed. “She comes at nighttime. No one can see that well in the dark.”

But then, just recently, he offered to donate the money the tooth fairy had left him because he realized he didn’t need it all. Each time our lives intersect with this invisible creature, our son shows me who he is becoming, and I am hungry for more.

Most days, it seems like the world is on the brink of implosion and, as parents, it’s part of our work to untangle all of it for our kids without giving them a sense of hopelessness and doom. It is incomprehensible that the tooth fairy still exists in the middle of this cursed soup, but I’m so thankful for her. She feels like the last bastion of childhood innocence at our house.

I don’t know how much longer we have with her, and I don’t know what happens when she leaves. But I’m certainly not going to be the one to show her the door.