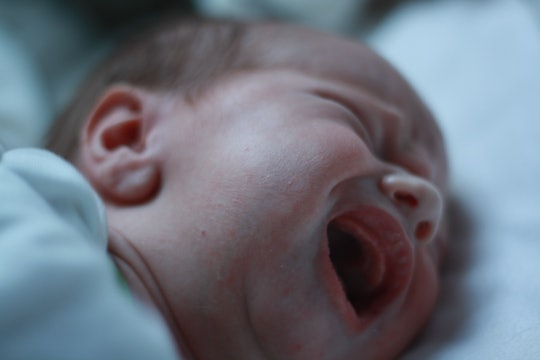 Why Do Babies Have The Shakes? It’s Perfectly Normal

Babies do weird things, many of which you probably weren’t made aware of before you had one. As a new parent, you may find yourself worried about little things that may or may not be a big deal. One of those things that people often don’t tell you before becoming a mom is the why and why do babies have the shakes, shudder, or experience what look like tremors. When I brought my daughter home from the hospital, she would shiver sometimes, even though I knew she wasn’t cold. What are those tremors and why do they happen?

It’s perfectly normal for newborn infants to tremble or shake. Their neurological system is still developing, so you may notice quivers or shakes during the first few months. My baby used to do it sometimes when she was nursing. I’d also notice this tendency when we changed her diaper or, when she was a bit older, when she got really excited about something. What to Expect also notes that babies have what’s known as a startle response — when your baby will open their arms and legs, almost like they’re catching themselves from a fall. It often happens when they’re falling asleep, and it is totally normal (and can be cute provided they aren’t screaming in terror.)

When should you be concerned about your baby’s shakes? According to Vincent Iannelli, a pediatrics expert on About Health, there are a few ways to tell if your baby’s tremors are evidence of a seizure. First, if they always happen during the same time of day or around event, like a diaper change, they’re most likely not caused by a seizure. If the shaking stops when you touch your baby’s arm, it’s unlikely a seizure. You should call a doctor, however, if the shaking is rhythmic or symmetric (where both arms do the same thing at the same time.) Of course, you should also call your doctor just to be safe if you’re worried or unsure.

Ultimately, babies have to adjust to their new bodies and their new environment. And there are some quirks that come along with that process, including a little bit of shaking. It’s easy to panic over every little thing when you’re a new parent, and don’t be afraid to do a little (or a lot) of Goolgling to ease you mind. And don’t feel bad about calling your doctor just to double check. That’s what they’re there for.