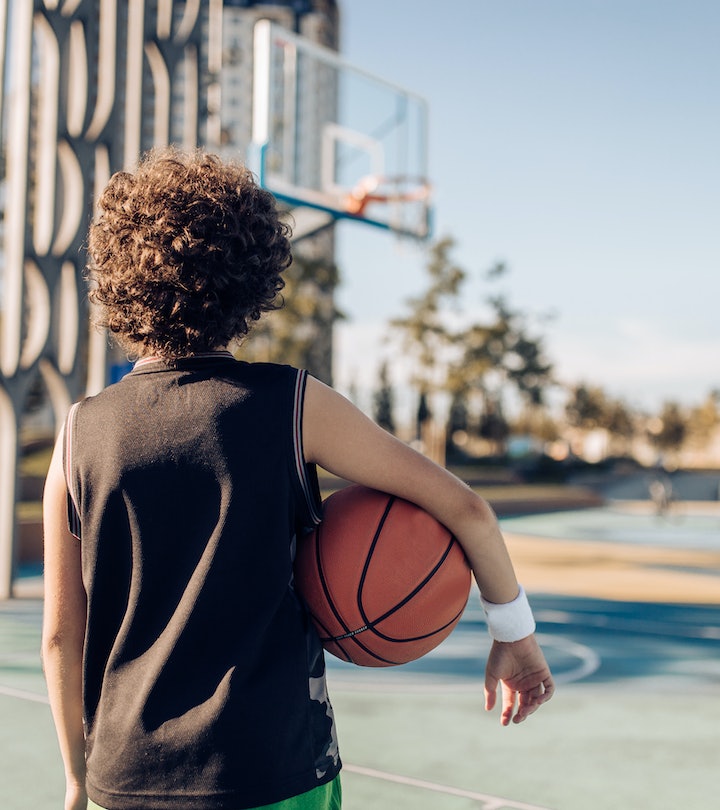 The Disappearance Of Children’s Recreational Sports

The explosion of expensive travel leagues has led to dwindling enrollment in rec programs — and a huge gap in access.

When Laurie Syphard, a mother of two in Maryland, enrolled her 8-year-old daughter in their local recreational softball league in the spring of 2021, participation had declined in her town of 10,000 to the point that there were only enough children for two teams.

Syphard, who was also an assistant softball coach that year, says that while the pandemic may have impacted registration, the decline in enrollment is largely due to the growing trend of families in her community leaving recreational softball to join competitive travel teams. “Recreational leagues provide an opportunity for children to play sports, stay active and make new friends, but as we see more families leave for elite teams, many children on rec leagues are not getting the full experience of playing a team sport,” she says.

When there is a decrease in participation in local programs, there can also be a loss of community spirit, Syphard adds. Her experience is not unusual.

A significant shift has taken place in youth sports over the past decade. The explosion of expensive travel leagues has led to dwindling enrollment in many local recreational programs — some have reported a 43% to 50% drop. While participation in recreational leagues can vary by state and there are different factors that contribute to families leaving — changing interests, the pandemic, economic hardship, a growing interest in technology/STEM programs — the popularity of travel leagues continues to have a significant impact on the viability of recreational leagues.

Travel or club leagues — often regarded as elite-level teams — compete statewide (and nationally) in games and tournaments. Playing in these expensive leagues, where the average cost is $3,000 to $8,000 per player, is often fueled by the drive to increase a player's chance of being scouted by college recruiters. But the cost of many travel leagues often creates a pay-to-play system that is only attainable for more affluent families.

When enrollment and opportunities decline, it widens the gap on who can play sports.

“Youth sports have surged into a multi-billion-dollar industry, largely due to elite travel programs and tournaments,” says Jon Solomon, editorial director of the Sports and Society Program at the Aspen Institute.

Solomon says that when enrollment declines in local leagues and they, in turn, lose funding and volunteers, it only deepens the economic divide. The Aspen Institute’s reporting confirms that there has been a decline in children regularly playing organized sports — and increased costs is one of the main reasons they leave. Children in low-income households are at particular risk and are six times more likely to leave organized sports due to financial constraints.

The Aspen Institute's 2019 State of Play report found that in 2018, 22% of kids ages 6 to 12 in households with incomes under $25,000 played sports on a regular basis, compared to 44% of kids from households earning $100,000 or more. Further, a 2020 review of U.S. Census data found that even short spells of poverty in a child’s life drastically reduce their ability to participate in extracurricular activities like sports.

Project Play, an Aspen Institute initiative, aims to address these issues by building up recreational sports around the country in an effort to reverse the trend of families leaving local programs for travel leagues and to keep children active and engaged.

“Rec leagues are a focal point in many communities,” Solomon says. “They play a vital role, giving children an opportunity to play different sports, stay active and often bring together families from different backgrounds. When enrollment and opportunities decline, it widens the gap on who can play sports.”

The intense schedule of travel leagues also limits access, says Sophie Vargas, a mother of two in Connecticut. “Traveling to frequent weekly practices and games often necessitates that one caregiver be available at all of those times, but for many working families this isn’t possible.”

Sometimes, it just comes down to lifestyle choices, Vargas says. “Not every child, even if they are a good player, wants to be on a travel team — some kids just want to play a sport they love and have fun. Spending every weekend driving to games also impacts the whole family, especially younger siblings, who often have to come to everything.”

Vargas adds that joining elite teams is now frequently seen as a prerequisite to making the school team and puts additional pressure on children. “We kept hearing if your child doesn’t play on travel, they won’t make their school team, since many children trying out for the school teams are coming in with years of experience from elite leagues.”

Vargas was relieved when her 13-year-old son, despite never playing in a travel basketball league, made his eighth grade team. “He practiced at the park, worked hard at it, and earned a spot. But I know it doesn’t always work out that way,” she says.

Many recreational leagues rely on parent volunteer coaches and when registration decreases, they struggle to find enough caregivers to coach. Kathy Larson, a mother of three in North Carolina who runs the local recreational league’s soccer program, has experienced this. Larson reports that although recreational sports have remained robust in her town, the impact of travel leagues can still be felt. “When families leave, it can be hard to find coaches for our recreational soccer teams because many of these children are now on travel leagues,” says Larson.

Children can burn out playing sports competitively. It is important to keep checking in to see that this is what they really want to do and that they still find joy in it.

Another concern raised by experts is children being pushed at a much younger age — sometimes as young as 5 years old — to pick one sport and specialize in it. Specializing at an early age can lead to burnout and overuse injuries, and can actually decrease the chances of a child becoming an elite athlete. In a 2019 study, researchers found that burnout in youth sports can have serious consequences, including increased anxiety, stress, and inadequate sleep.

Nina Johnson-Pitt, senior strategy executive at Little League International, can confirm that travel teams have intensified the pressure on children. “Unfortunately, we have seen that the rise of travel/elite teams has led to increased pressure by parents to have their children specialize in one sport at a younger age, causing an increase in burnout and decreased interest in participating in sports as a whole.”

Sharon Van Epps, a mother of three in Seattle, whose children played on elite teams and are now college athletes, says that travel teams can offer good coaching, and give children the opportunity to challenge themselves and experience visiting different places — but she also cautions that children may need a break. “Children can burn out playing sports competitively. It is important to keep checking in to see that this is what they really want to do and that they still find joy in it,” she says.

But despite the rise of elite, pay-to-play leagues and the opportunities they may bring, many feel there is still something unique about recreational programs and hope these leagues will continue. As Syphard says, “Giving children a chance to play different sports and build friendships with their peers, without having to travel hours away, is something that really benefits the community.”

More Like This
I’ve Learned A Lot Raising Black Multiracial Children. Here’s What I Want Fellow Parents To Know.
How To Build An After-School Routine That Works For Your Family
13 Kid-Friendly Ghost Stories For Littles Ones
6 Mindfulness Activities For Kids