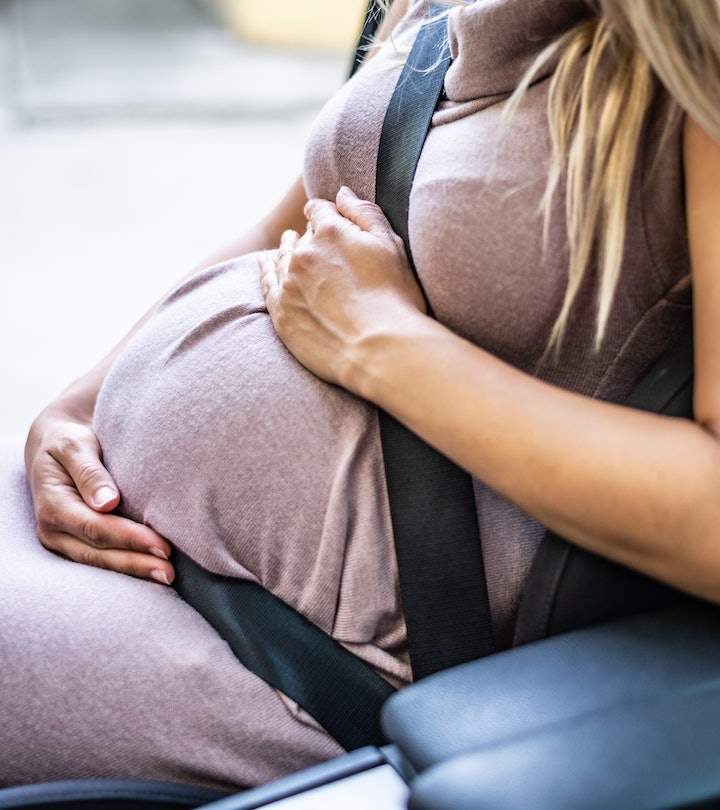 Here's What You Need To Know About Heated Car Seats & Pregnancy

Getting comfortable during the long months of pregnancy is no easy feat. As the temperature begins to drop, it is oh-so-tempting to turn on your car seat warmer and settle in to get cozy. Few luxurious remain during pregnancy, but surely a warm behind is one you can still enjoy, right? Or, are heated car seats bad for you? Can you use heated car seats while pregnant?

Can you use heated car seats while pregnant?

If you are pregnant, you've probably been told that super-hot baths and trips to the hot tub are no-gos. The American College of Obstetricians and Gynecologists (ACOG) also warn against engaging in the use of saunas, steam rooms, and attending “hot yoga” classes. They noted in their review that this is especially true during the first trimester when “exposure to heat from sources like hot tubs, saunas, or fever has been associated with an increased risk of neural tube defects,” like spina bifida and anencephaly. It sounds incredibly scary, so of course you're nervous about those amazing seat warmers.

But Kecia Gaither, director of perinatal services at NYC Health and Hospitals/Lincoln in the Bronx, tells Romper that typically, “Heated car seats don’t get that hot — so issues from hyperthermia aren't a concern.” She agrees with ACOG in that hot yogas and saunas are a far bigger concern.

Are heated seats bad for you during pregnancy?

“A pregnant woman can use her car seat warmer as long as it does not increase her body temperature over 38 degrees Celsius, or 100.4 degrees F,” Daniel Roshan, MD, director of ROSH Maternal-Fetal Medicine, tells Romper. It's the core temperature of the body that is a concern during pregnancy — not of your, ahem, behind. He says that if a pregnant person would like to warm up via the toasty goodness that lives in the seat, that he “would recommend using the lowest mode or setting possible.” So feel free to turn on that warmer, and get nice and comfy —just don't overdo it.

High fives all around for small comforts when you're pregnant and freezing.

More Like This
Is Vape Smoke Bad For Pregnancy? Experts Explain The Risks
OB-GYNs Explain The Connection Between Stress & Miscarriage
How To Fly Safely During Pregnancy
Is It Safe To Pump While Pregnant? Experts Weigh In
What Parents Are Talking About — Delivered Straight To Your Inbox

This article was originally published on November 4, 2019