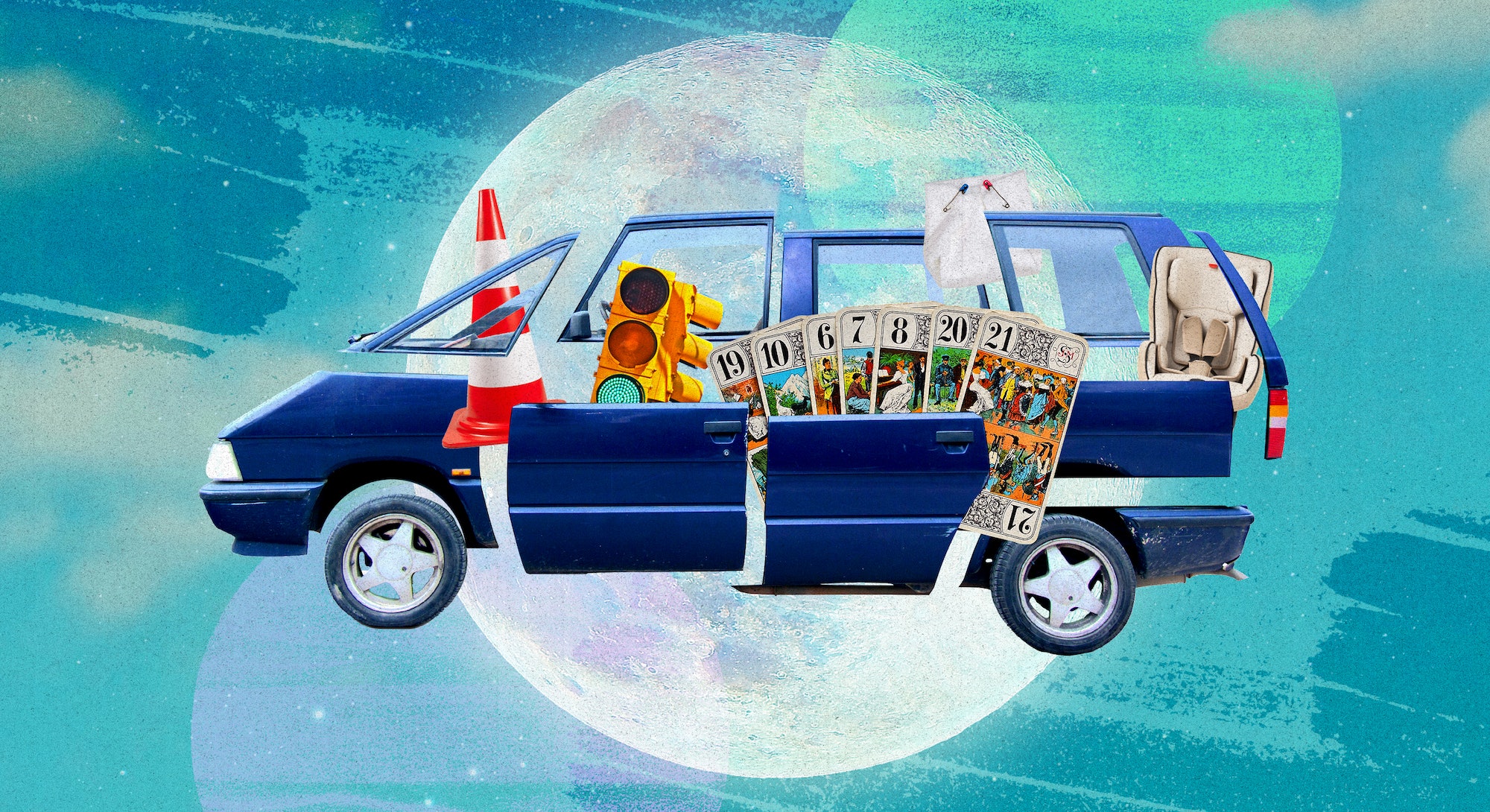 Every parent I know is scared. It feels like we are all walking around asking the trees and the sky and the air, “Will my baby be OK?” No one knows.

I smelled tomato bisque from downstairs. I told Sheila, “Sure, drive safe, got it.” I gave her a thumbs up; I was hungry.

I next thought about Sheila when my car spun 360 degrees in an intersection that September. As I watched the world spin, I felt my baby spin too, as my unborn daughter did her first summersault inside of me. I was 38 weeks pregnant and another car was driving through my car. My daughter had been head down in my ute-chute, locked, loaded, ready for ejection, but when the airbag discharged, she flipped head up. I wished I could lean on my own mother’s heart in that moment, so I understood her instinct.

Babies spilled out of the other car. It was a clown car of teenagers, baby-faced — other mothers’ babies. There was no blood, but they made big eyes, and I thought again of Sheila. I asked them, and the air, and then everyone gathered with big eyes, “Is the baby OK?”

People started looking for another baby. There was a pantsless baby walking around like nothing had happened, but they did not see another baby. Someone noticed two car seats in my car. They whispered to each other, “We are missing a baby.” A man sweeping up glass looked under the smashed cars for the baby. Two women looked in the trees. How can we know if the baby is OK if we cannot find the baby?

No one could find the missing baby because she was inside me, head up, hiding under my heart.

One person on the scene was covered in blood. My head had split open, my skull was on display, my insides on the outside. Everyone was looking away from my blood, so they did not notice the size of my stomach. No one could find the missing baby because she was inside me, head up, hiding under my heart.

At the hospital they told me I needed staples in my head, and then I’d be allowed to go to labor and delivery to check on the baby.

Because I am a mother, I did not scream or flinch while they stapled my head together. My son was there, and I did not want to scare him. I did not want him to know I felt pain and not-knowing.

The baby had a heartbeat in my body, but we were told we would know more after the birth. I did not labor that night. I went home, and the next few weeks were quiet. I went to a prenatal yoga class and participated in every pregnant lady’s favorite sport: crying in child’s pose. My head staples were on display, so I won that round.

Every parent I know is scared. It feels like we are all walking around asking the trees and the sky and the air, “Will my baby be OK?” No one knows.

While we waited for the baby to be born, insurance agents called frequently, and I sat in the parking lot of the OB’s office going through the details of the accident again and again. I did not mention Sheila the psychic, but I wanted to. My husband painted the baseboards because everyone knows newborns love fresh baseboards.

My daughter was born three weeks later. I did not think I was in labor, but then there was blood and a crash and a body was driving through my body.

Sheila above the soup shop told me my unborn child would be incredibly charming. It felt like the kind of psychic talk that is so vague it means nothing, like telling someone to “drive safe.” Yet, five Septembers later, my daughter is a head of curls who winks at strangers and laughs, bringing everyone into the joke. This morning, she got on the trampoline and did a front flip on her first try. In two weeks, she is starting kindergarten, and it feels like more crashes are coming. Every parent I know is scared. It feels like we are all walking around asking the trees and the sky and the air, “Will my baby be OK?” No one knows. I wish for Sheilas for all of us, someone to know we all come out on the other side, safe and charmed, our babies curled up on our hearts. I wish for safer Septembers.