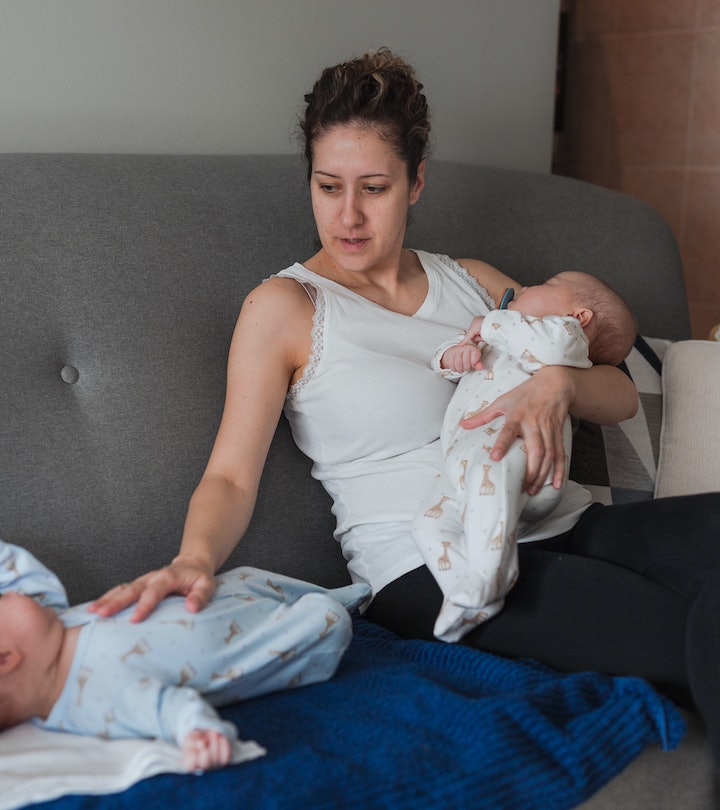 Most new parents do not receive a regular paycheck at the beginning of their baby’s life.

There are a few universally agreed upon truths about new babies: they’re not for everyone, they’re very cute, and they’re very, very expensive. And those expenses become even more dire when you factor in the reality that most new parents will not be receiving a regular paycheck at the beginning of their child’s life. In fact, a new survey commissioned by insurance company Breeze found that a “standard” eight-week, unpaid maternity leave would drain the saving accounts of 74% of respondents.

The survey, conducted by Pollfish, included 1,001 employed women between the ages of 18 and 44. When asked about the the financial setback posed by 8 weeks of unpaid maternity on a scale of 1 to 10 —1 being “no setback” and 10 being “major, possibly permanent setback” — the average answer was 7 with a plurality of women (16%) saying 10. Answers regarding how new parents would off-set those costs were similarly bleak. In addition to zeroing out savings accounts, 56% of respondents said they would consider taking on a level of credit card debt they would otherwise be uncomfortable with” to cover maternity leave expenses. More than half, 54%, would consider a personal loan to cover unpaid maternity leave expenses. Almost half, 49%, said they would consider drawing money from their retirement account.

“We’re the only industrialized nation in the world that doesn’t give working people access to paid family and medical leave, and families, businesses and our economy suffer as a result.”

Unfortunately, for the overwhelming majority of Americans, these questions are far from hypothetical. According to MomsRising, a grassroots advocacy organization, just 17% of Americans have access to paid family leave through their employer. And while the Family Medical Leave Act (FMLA) allows certain employees to take up to 12 weeks of job-protected leave, 40% of Americans are not actually covered since their employers are exempt from FMLA.

“The Breeze survey shows, yet again, that we all need paid family and medical leave when babies are born — and we also need it when family members get sick or we need time to recover from serious illness ourselves,” said MomsRising Senior Vice President Ruth Martin. “Women in particular struggle financially when babies are born, because most of us don’t have paid leave, our incomes tend to be lower due to the gender-based wage gap, and if we can find child care at all, it’s unaffordable.”

While the Breeze survey highlights that short-term disability insurance may provide an answer that some families may not have considered, the vast majority of respondents believed that this should be solved at a policy level, rather than an individual or employer level: 89% said they believed the federal government should offer some sort of paid maternity leave program. An even larger 2016 Pew Research Center survey showed that while attitudes about government-mandated paid leave were more evenly split — 49% to 51% — a majority did support the idea that the government should be involved in ensuring family leave for new parents. Currently, the US is one of only a small handful of countries that does not guarantee paid time off for new parents.

“We’re the only industrialized nation in the world that doesn’t give working people access to paid family and medical leave, and families, businesses and our economy suffer as a result,” says Martin. She encourages Americans to contact their representatives in Congress to push for family leave at a federal level by signing MomsRising’s petition.

“Nobody,” she concludes, “should have to deplete her savings, raid her retirement account, or fall into poverty because she becomes a mom.”

More Like This
Are You Leaking Amniotic Fluid Or Is It Normal Discharge? Experts Explain
20 Bridgerton-Inspired Baby Names
Rainbow Baby Shower Ideas To Celebrate A Very Special Baby
What Does Amniotic Fluid Smell Like? A Nurse Explains