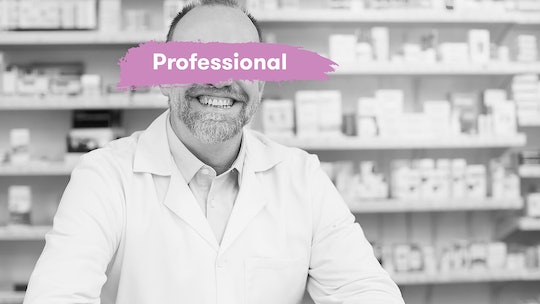 And it's refreshingly real.

Giving birth to a baby isn't all sunshine and roses, and one company is not afraid to speak this truth. In Frida Mom's hilarious new campaign, made in partnership with Ryan Reynolds’ marketing company Maximum Effort, doctors tell you what's about to happen in the fourth trimester. It's an informative and all-too-relatable reminder that new moms sometimes face a whole lot of nonsense from otherwise well-meaning friends, family, and even medical professionals.

In its PSA (Postpartum Service Announcement), Frida Mom reminds everybody that no d*cks of any kind are allowed during the immediate weeks following the baby's birth. This goes for intercourse, of course (most healthcare providers recommend waiting four to six weeks after delivery to have sex to let everything heal as well as getting clearance from a medical provider.) But Drs. Alissa Arnold and JoAnne Cleghorne also remind the new mom to avoid other nuisances such as "the thoughtless d*ck" and "the professional d*ck." These include friends who visit the baby without asking how the new mom is doing, or people who already have children and are thrilled to point out everything you're doing incorrectly.

The doctors' compassionate but totally deadpan delivery in the PSA is hilarious, and the clever video also highlights some real issues that new moms (unfortunately) face all the time. In fact, it is not uncommon for new moms to feel isolated and overwhelmed by the changes that the fourth trimester brings. In its cheeky way, this video is asking the friends, family, and even passerby in a new mom's life to treat her with compassion and respect, or at the very least refrain from being someone who acts thoughtlessly. That's one message everyone can take to heart.