Jennifer Block is an independent journalist who writes about health, gender, and conflict of interest in medicine. Her articles and commentary have appeared in The Washington Post Magazine, Newsweek, The Cut, The New York Times, the Los Angeles Times, the Guardian, Pacific Standard, The Baffler, and many other outlets. A reporter with Type Investigations (formerly The Investigative Fund at the Nation Institute), Jennifer won several awards for her investigative reporting on the permanent contraceptive implant Essure, which has since been discontinued. For early chapters of Everything Below the Waist, she won a Whiting Creative Nonfiction Grant. Her first book, Pushed, led a wave of attention to the national crisis in maternity care and was named a “Best Book of 2007” by Kirkus Reviews and a “Best Consumer Health Book” by Library Journal. Jennifer began her journalism career as an intern and then editor at Ms. magazine. She was also a senior editor at the sustainable lifestyle magazine Plenty, and an editor on the 2005 edition of Our Bodies, Ourselves. Since 2012 she has served as a mentor-editor and senior facilitator with The OpEd Project. She lives in Brooklyn, New York, with her son. 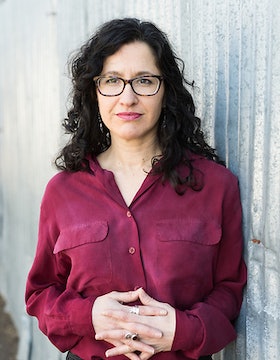 What I Wish I'd Known About My Pelvic Floor