Leslie Bruce is a New York Times bestselling author and an award-winning entertainment journalist. She’s the creator of online parenting platform Unpacified, which offers an unfiltered, humorous and raw perspective on modern motherhood. She previously worked as an editor at both Us Weekly magazine and The Hollywood Reporter. She’s appeared as a guest correspondent on shows such as The Talk, Access Hollywood, E! News, Good Morning America, and many more. Leslie lives in Los Angeles with her husband, her daughter and two rescue doodles. 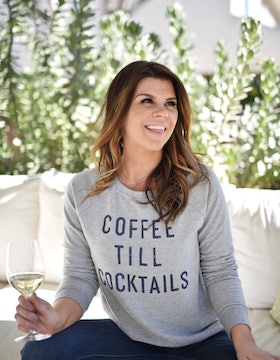