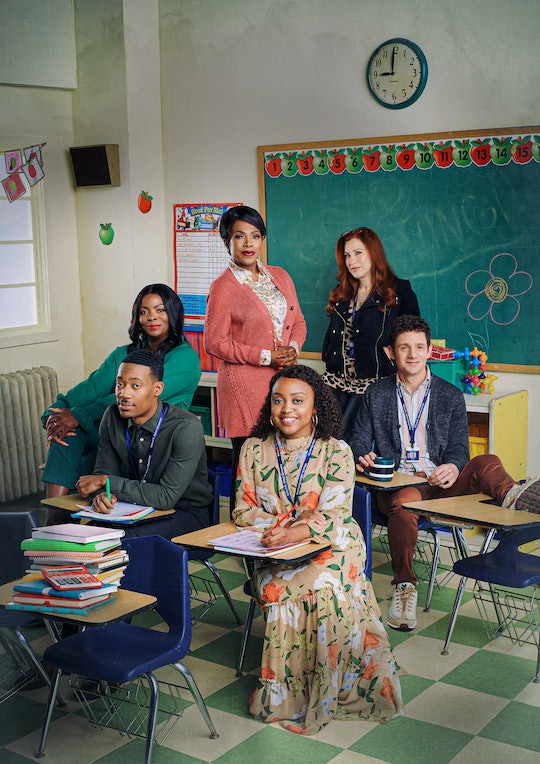 Abbott Elementary Was Renewed for Season 2 & We Are Ready to Learn!

School is back in session.

Sharpen your pencils because Abbott Elementary is returning for Season 2! The cast of Abbott Elementary works harder than Principal Ava does on her TikTok videos (and that’s saying something!), so it’s no surprise that ABC decided to renew the hit sitcom for another season. The show was created and written by Quinta Brunson, who also stars as Janine Teagues, a new teacher who tries hard to make school better for her students in the Philadelphia-based elementary school with little resources.

The mockumentary-style show follows along the lives of other teachers, including Melissa Schemmenti (Lisa Ann Walter), Barbara Howard (Sheryl Lee Ralph), Jacob Hill (Chris Perfetti), and substitute Gregory Eddie (Tyler James Williams). It also stars the self-absorbed and hilarious Principal Ava Coleman (Janelle James). According to Deadline, the workplace comedy is the first ABC comedy debut to quadruple ratings after 35 days of multi-platform viewing. So, when will Season 2 be released? Here’s what we know so far.

ABC announced the renewal of Season 2 via a note from the desk of Principal Coleman posted to the @AbbottElemABC Twitter account on March 14. The note, which is addressed to “Faculty and Students (aka My Fans),” reads: “The camera crew I hired to showcase all that I’ve made happen at our beautiful school thinks I’m a star. I mean, are we surprised? No, we’re not :) With that said, it is with great pleasure that I share they’ll be returning for the 2022-2023 school year!”

It goes on to say you can support teachers by visiting DonorsChoose.org (or sending Principal Ava spa credits and gift cards over $100).

What will Season 2 be about?

Since Season 2 was just announced, there have been no updates on what it will cover. Based on Ava’s note, we know it will still feature the camera crew recording all the drama and laughs that goes on behind the scenes at the elementary school. Fingers crossed there will be a Janine and Gregory romance storyline!

When will Abbott Elementary Season 2 premiere?

Season 1 of Abbott Elementary premiered on Dec. 7, 2021, with new episodes released every Tuesday through Feb. 22, 2022. The second half of Season 1 premiered on March 22, which will include new episodes released every Tuesday until the Season 1 finale on April 12. If Season 2 follows the same format, it will be released sometime in December 2022. It’s a little bit longer than a traditional summer break, but it will be so worth it!

You can stream Abbott Elementary Season 1

While you’re waiting patiently for Abbott Elementary Season 2 to premiere, you can watch Season 1 on ABC or Hulu.