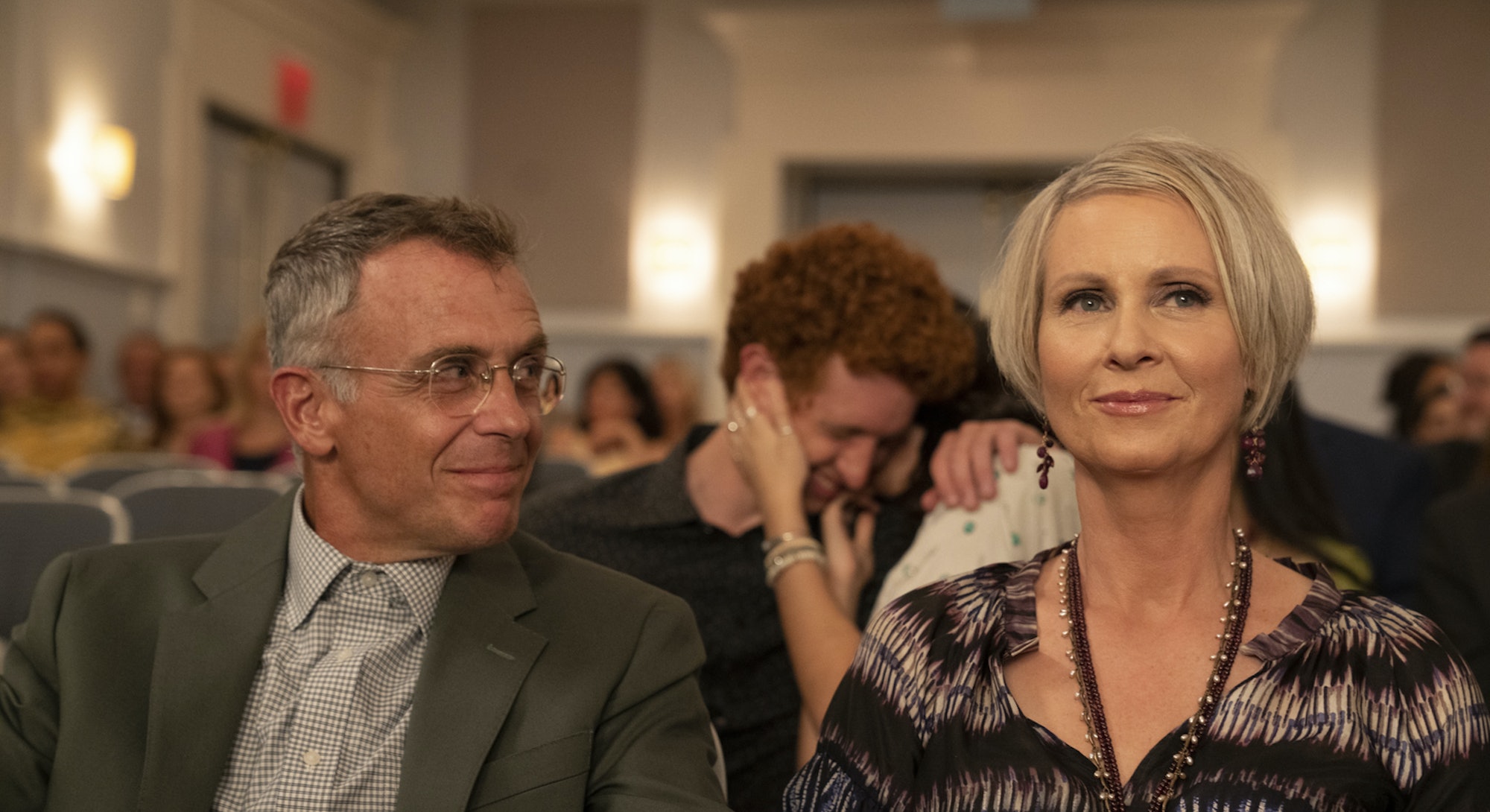 The Brady Hobbes Sex Plot Is A Real Disservice To Teen Boys — & Everyone Else, Too

Our sons are more than what television makes them out to be.

As of Episode 6 of And Just Like That, we know that Charlotte’s daughter, Lily York-Goldenblatt, is a talented pianist with a sharp sense of humor and a love for her rescue dog Richard Burton. Her other daughter, Rose York-Goldenblatt, becomes Rock as they embrace their non-binary gender identity, challenging their parents’ version of who they have always been by becoming who they know they are.

And Miranda's son Brady Hobbes? He has a lot of sex. That’s it. Nothing more.

We learn this in almost the first sentence as Carrie, Miranda, and Charlotte sit down for lunch in Episode 1 of And Just Like That. “This morning I stepped on a used condom in Brady’s room,” Miranda explains. “Ew!” Charlotte answers. And now we know everything there is to know about Brady’s personality.

For the next six episodes, Brady is the new Samantha of the show, except not in a fun, adult, sex-positive way. He’s portrayed as just a mindless sex machine. Brady has a girlfriend, Luisa, who comes to his house to have sex with him and scream out his name while he yells “Ride ‘em cowgirl” and his parents roll their eyes from the next room — a little comedy act and we’re all supposed to laugh. Steve and Miranda turn up the volume on their television. They ignore him.

Worst of all, they act like they have no choice in the matter. And neither does Brady. The Hobbes household lives in service to Brady’s sex drive. He is simply a slave to his hormones and now so are they. The little boy they loved and nurtured is gone.

This is where I worry that there might be some pregnant woman out in the world, watching Miranda live with this rutting beast of a son, clutching her belly and secretly thinking “please let this be a girl.”

Which is why this is a disservice to everyone.

I’m a mom of four boys who are now men so let me just climb up onto my high horse and tell you that there is no way in hell I would have allowed this to happen. I won’t lie to you and pretend none of them had sex; they did. And it was a big deal. For them and for their partner and yes, for me. I didn’t treat their sex lives as something beyond any of our control, least of all their control. I didn’t treat their girlfriends like toys that were going to be snatched away if they didn’t behave (please see Miranda at Big’s funeral in Episode 2 telling Brady “no Luisa for a week!” when he smoked weed, which she had a much bigger problem with than his constant loud sex, by the way).

My teenage sons were in control of their hormones because they had to be. Full stop. Such is life. They were not given the chance to use the old “I can’t help it, I’m a sex-crazed teen” routine and to their credit, they didn’t really try.

They were all sorts of things, my sons and their friends and my friends’ sons. Some were tender-hearted and some weren’t, boisterous and complicated and shy and confident and nerdy. They had personalities beyond their penises. This is where And Just Like That, not to mention television in general, does teenage boys a huge disservice. It negates any other element of their personality beyond their sex drive, negates all of their fears, who they might love, and who they might grow up to be, and turns them into wordless, grunting, horny monsters. Takes away any sense of emotional intelligence or personal liberty they absolutely still have, regardless of what their penis might tell them. For Brady Hobbes, it’s still a “boys will be boys” world. Relieving him of his accountability. Relieving all teenage boys of their accountability.

Your sons and your someday-sons are so many things. They are more than what television makes them out to be. Mischief-makers, tricksters, bullies, sex fiends.

And it bleeds into the way we see teenagers in general. Penis first and personality last, if at all.

My teenage son was a frequent babysitter, dogsitter, programmer of senior neighbors’ universal remotes. Years ago, a friend was looking for a babysitter for her daughter and I offered his services. She smiled kindly and said no thanks, something about how his hormones are probably raging and "he can’t be trusted around my daughter."

"It’s not his fault, of course," she added. "Thanks though.”

And I couldn’t help but wonder… would they ask me any of these questions if they were girls?

What if Brady was a girl? What if it was Charlotte’s daughter Lily having loud sex in the next room? Would it be a punchline? Or cause for genuine concern?

This is perhaps the thing that surprises me most about staunch feminist Miranda. Setting aside the fact that neither she nor Steve seem too bothered about raising a feminist son who sees their sexual partners as actual human beings, she doesn’t worry about her son’s sex life. He’s an annoyance. His sex life is an annoyance.

I worried about my sons, all the time. I worried about their bodies and their hearts. My friends worried about their sons. We should all worry about our sons like we worry about our daughters, and I guess what’s more is we should normalize worrying about our sons. Normalize engaging with them, even when they’re teenagers and they don’t want to talk to you at all. This is a trope that I have found to be true, the wall that goes up when they get older. It is also true that they rebuild that wall over and over again, so you have to keep finding new ways to climb it.

Your sons and your someday-sons are so many things. They are more than what television makes them out to be. Mischief-makers, tricksters, bullies, sex fiends. Don’t fall for boring stereotypes about your boys. You get to still like them when they’re teenagers. You get to expect them to like you back. You get to feel sad when they start having sex, and you get to talk to them about it. You get to pick out who you can be to each other.

Best of all, you get to say no when they want to have wall-thumping sex in the next room.