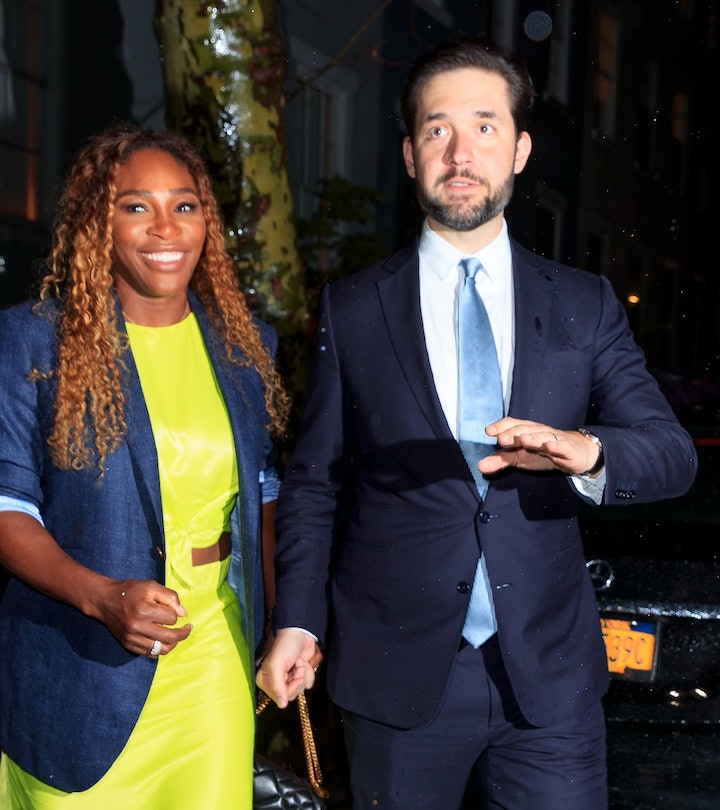 Definitely don't come for his family.

Here's a gentle word of advice to anyone who wants to come for the Queen of Tennis: Just don't. But if you do, just know that Serena Williams' husband Alexis Ohanian will come to her defense like the proud husband he is.

The Reddit co-founder caught wind of a recent interview with retired tennis star turned billionaire Ion Tiriac, who owns the Madrid Open. It seems 81-year-old Tiriac has decided that Williams should retire. Why? Her age and weight. As he told Romanian public channel TVR, per UBI Tennis, "At this age and the weight she is now, she does not move easily as she did 15 years ago. Serena was a sensational player. If she had a little decency she would retire. From all points of view."

Apparently not all points of view. Definitely not Williams' husband. When Ohanian saw a tweet about Tiriac's comments from a social media user who shared the article with the message, "Safe to say Serena will never play Madrid again...," Ohanian responded, "Safe to say no one gives a damn what Ion Tiriac thinks."

And he did not stop there.

Ohanian went on to do a little light Googling, and found that Tiriac has never won any Grand Slams. While his wife has rather famously won 23, one of which when she was pregnant for the couple's daughter Olympia. Which means, as Ohanian tweeted, "Had to Google it... turns out my 3 year old has more Grand Slam victories than this clown."

Williams is no stranger to critics, and has a history of defending herself without much issue at all, of course. She has a long history of speaking out in support of self love and body positivity, telling TIME in 2017, "It isn't always easy to be on the stage playing a tournament and have someone making a comment about your body, that it's too strong . . . I think any experience can make you stronger. I don't let anything break me."

Suffice it to say she is able to speak up for herself. But that doesn't mean Ohanian isn't going to defend her or call someone out when they're coming for her. As he wrote in a final tweet about the exchange, "2021 and no holding back when a racist/sexist clown with a platform comes for my family." Any other clowns out there might not want to waste their time trying, because Alexis Ohanian is ready for you.