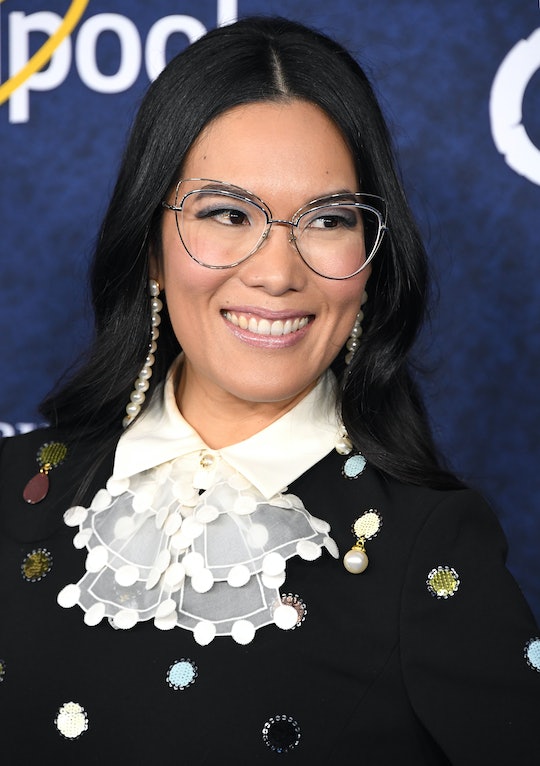 Who are Ali Wong's husband and kids? The comedian discusses them in her stand-up.

Ever since she appeared seven months pregnant in her debut comedy special, Baby Cobra on Netflix, comedian Ali Wong has been a patron saint of mothers; she’s hilarious, refreshingly honest, and irreverent. But before we knew her as the delightfully vulgar “pregnant comedian,” Wong was doggedly making a name for herself in the comedy scene, performing up to nine times a night (including on her wedding night!) and serving as a writer on Fresh Off The Boat.

After Baby Cobra, however, she was a household name (and common Halloween costume). In addition to performing standup, she wrote a book, Dear Girls, which was published in 2018, the same year her second Netflix special, Hard Knock Wife, aired. In 2019, she wrote and starred in Always Be My Maybe, a romantic comedy co-starring Randall Park. She’s also done a number of voiceover roles, including Ali on Big Mouth and Bertie on Tuca & Bertie (a second season recently premiered on Adult Swim). In 2020, she was announced to be part of the Netflix is a Joke Fest but, like, we all know how 2020 went. But as the world is beginning (in some places) to move out of its pandemic haze, new dates have been set and Wong can look forward to getting back on the road.

Wong’s husband and kids are often included in her comedy, but who are they? The comedian is generally private about her daughters – whose faces are always obscured or blurred on social media posts – and pretty open about her relationship with her husband. Here’s what she has shared.

Her Husband Is Justin Hakuta

Wong and Hakuta met at a wedding reception in 2010, which she describes in Baby Cobra. The two were married four years later at City Hall in San Francisco. He is the son of Ken Hakuta, an inventor, entrepreneur, and TV personality who went by the stage name “Dr. Fad” in the 1980s. He is a graduate of Harvard Business School, a fact that Wong joked in Baby Cobra made her want to “trap” him so he could financially provide for her. But, she continues, her plan went awry. “I discovered that my beautiful, Harvard-educated husband was $70,000 in debt. And me, with my hard-earned money, paid it all off. So, as it turns out, he’s the one who trapped me!” she joked. “How did he do it? How did he bamboozle me? Oh! Maybe because he went to Harvard Business School, the epicenter of white-collar crime.”

But the degree has been used well. Hakuta is the vice-president of tech company GoodRX. We also have to imagine that his business acumen comes in handy when he sells merch at Wong’s shows.

In her book Dear Girls, Wong describes signing a prenup before their marriage, a decision urged by Hakuta’s family. “I was very motivated to make my own money because I signed a document specifically outlining how much I couldn’t depend on my husband,” she wrote. “My father always praised ‘the gift of fear’ and that prenup scared the s*** out of me. In the end, being forced to sign that prenup was one of the greatest things that ever happened to me and my career.”

Mari’s first public engagement was a Ali Wong’s baby bump in Baby Cobra, so fans are used to seeing but not really seeing her. She was born in November 2015, before her famous mom’s comedy special first-aired in 2016. She is now five.

In an interview with The New Yorker, Wong said that she’d been approached several times to make a comedy special, but had always turned down the suggestion. It was her pregnancy, and Mari, that prompted her to say yes to Baby Cobra. “I thought that if I did it when I was pregnant then I would always associate the baby with a break if I got it,” she said. “It sounds crazy, but if it wasn’t for Mari and doing that special when I was pregnant with her I could see how very easily I would have slowed down, and stopped.”

(On behalf of comedy fans everywhere: thanks, Mari!)

We get some insight into Mari’s early days in Wong’s second special, Hard Knock Wife, in which Wong talks about breastfeeding, daily-skin-to-skin contact, the isolation of new motherhood and maternity leave, and joining a mommy group in Los Angeles.

Like her sister before her, Nikki also appeared as a baby bump in one of her mother’s comedy specials. (She can be “seen” “wearing” a leopard spot dress in Hard Knock Wife.) She was born in December of 2017 and is now 3 years old.

Wong told Ellen DeGeneres in a 2018 interview that Nikki was initially a source of jealousy for big sister Mari, who regressed to infant behaviors when Little Sis came around. When she told Wong she wanted to “drink milk from her boobies,” Wong joked, “The fact that you can complete that full sentences disqualifies you; that and your full set of teeth.”

When DeGeneres asked if Wong would be having any more children, Wong responded that she was done. “I’m done. I love being a mom and I liked having two kids, but I’ve had two c-sections and I’ve suffered enough.”