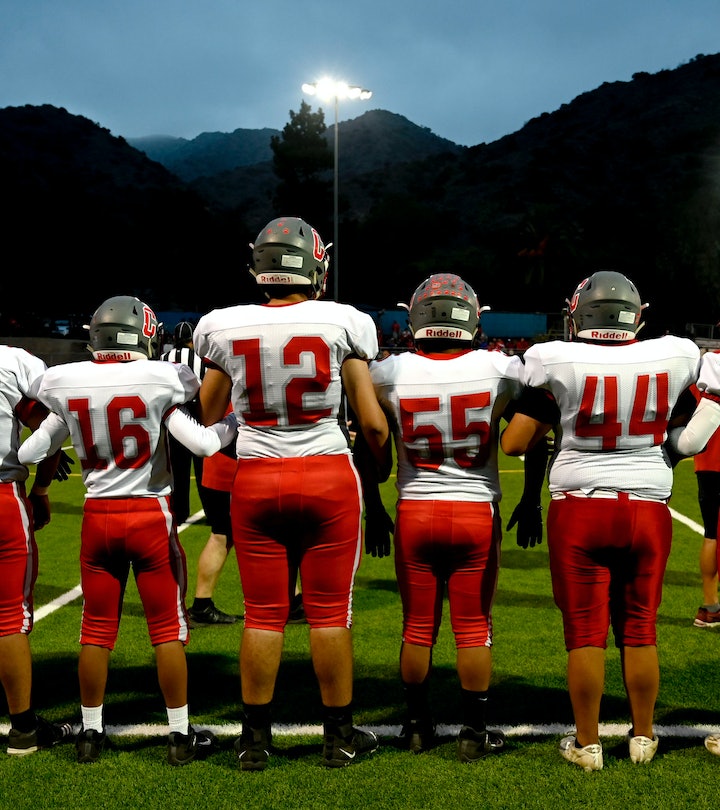 Inclusivity for the win.

Standing tall in all red, a new football team with an undefeated season proves inclusivity can smash on the yard at Super Bowl 2022. As an all-deaf team, the California School for the Deaf in Riverside football team is using American Sign Language (ASL) to call the shots.

The team went undefeated for 12 games straight, running out the best season in the history of their program. And it’s obvious that they aren’t letting their differences hold them back. Their fluidity and cohesion shine through in their ability to unite on the field. And where you would normally see coaches yelling their plays from the sideline, it’s all ASL for the Riverside Cubs. And it’s beautiful to watch.

Breaking barriers and making history is their running theme. For the first time since the California School for the Deaf’s inception, the Cubs’ varsity team won the division championship, gaining them much-warranted media attention. In December, they were gifted $25,000 from The Kelly Clarkson Show so they could renovate their field. According to ABC News, the NFL released a statement saying, “This grit showcased to other football players and people across that country that the deaf community defies stereotypes, that they can do anything with hard work and dedication.” In response, the NFL invited the team, along with some other athletes who’ve broken through stereotypes, to join them on the grass at Super Bowl 2022. With a very publicized platform, the league is using this opportunity to show that discrimination and exclusion should have no place in sports. And that pursuit should continue.

These talented athletes are not only inspiring deaf kids across the nation, they are an inspiration to everyone. That no matter your circumstances, differences, or disabilities, you still deserve a seat at the table. Or in this case, a place on the field.