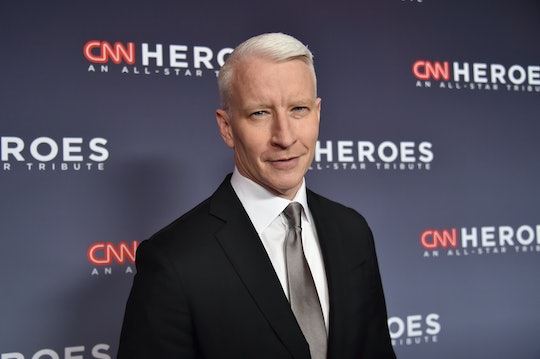 Parental Guidance with Anderson Cooper will air once a week on CNN+, a new streaming service expected to launch in early 2022.

The new year is bringing CNN anchor Anderson Cooper a new role. Cooper, who welcomed a child via surrogate in April 2020, is slated to host a new parenting show on CNN+ when the streaming service debuts later this year. The show, Parental Guidance with Anderson Cooper, will see the dad interview various experts in an effort to tackle some of the many challenges parents face.

As Cooper rang in the new year from Times Square on Friday alongside Andy Cohen, CNN announced the broadcast journalist and anchor would be hosting a new weekly show for parents on the network’s forthcoming subscription-based streaming service. “Parental Guidance with Anderson Cooper will air weekly on CNN+ as Cooper consults experts on how to navigate life as a working father and confront everyday parenting challenges from sleep schedules to screen time,” the cable network announced in a press release issued Friday.

Cooper welcomed a son, whom he named Wyatt Morgan Cooper after his late father, in 2020. At the time of Wyatt’s birth, Cooper shared on Instagram that he hoped he would “be as good a dad” as his own father was to him.

According to CNN, Cooper’s new show will see the 54-year-old dad “learn alongside the audience” as he takes questions about everything from diapers to blankies to those considered to be experts. Although CNN has not yet announced an official premiere date for Parental Guidance with Anderson Cooper, tweets promoting the new show have teased it will become available to stream sometime in the spring of 2022, following the launch of CNN+.

Parental Guidance with Anderson Cooper could even see the journalist explore the idea of having more children. Last fall, Cooper told People he “definitely” wanted more children as the idea of giving Wyatt a sibling was “nice.”

“Would I want to have more kids? I would, definitely,” Cooper told the magazine. “It would certainly be nice for Wyatt to have a sibling. Yeah, it would be.”

Whatever topics and parental challenges Cooper does decide to tackle, his new parenting show seems like a great fit for the new dad, who’s adjusting to life with a toddler.

“I'm charmed by everything he does, annoyingly. And being there when he wakes up and taking him out of the crib, it's just the best,” Cooper once told People. “I suddenly think like, 'Oh my God, there's going to be a time when he won't let me kiss his face all over or hold his hand even.' I just want to rub his tummy right now as much as I can, because I know at a certain point he'll be like, 'Just get away from me.’”