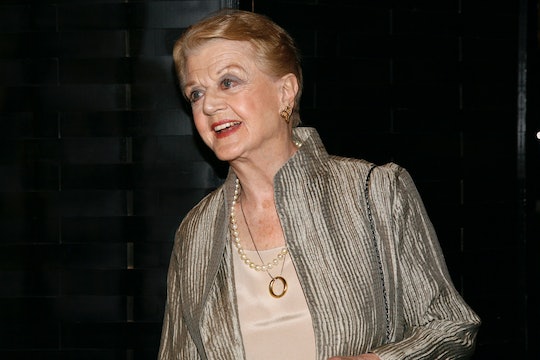 She left behind a big blended family.

Angela Lansbury passed away in her sleep at the age of 96 years old. Not only did Lansbury leave behind an impressive career as a stage and screen actress, the iconic British performer and Murder, She Wrote star was a mother, grandmother, and great-grandmother.

Lansbury’s family released a statement about her death on Thursday. “The children of Dame Angela Lansbury are sad to announce that their mother died peacefully in her sleep at home in Los Angeles at 1:30 AM today, Tuesday, October 11, 2022, just five days shy of her 97th birthday,” her family told Page Six in a statement.

The statement went on to acknowledge her greatest legacy: her loving family. “In addition to her three children, Anthony, Deirdre and David, she is survived by three grandchildren, Peter, Katherine and Ian, plus five great grandchildren and her brother, producer Edgar Lansbury. She was proceeded in death by her husband of 53 years, Peter Shaw. A private family ceremony will be held at a date to be determined.”

Lansbury became a stepmom when she met the man who became “everything” to her.

After a one year marriage to Richard Cromwell ended in divorce, Lansbury went on to marry Peter Shaw in 1949. Shaw had one son, David, from a previous marriage, and Lansbury became a stepmother. She and Shaw were married for 53 years until he died in 2003, and she told The Daily Mail in 2014, “We had the perfect relationship. Not many people can say that. He was everything to me: we were partners at work as well as husband and wife and lovers. I don’t know how we had such a long marriage, but the simple fact was that we were devoted to one another.”

David Shaw was just 5 years old when his father married Lansbury, and he once told Closer Weekly that she always put her family first. “She’s a great lady,” he told the outlet. “I came in and she didn’t have to have me. It was an incredible thing to do. She always put family first.”

She didn’t mind working with family either. Shaw worked as a production manager on Murder, She Wrote as well as being a producer for the 1992 movie Mrs. ‘Arris Goes To Paris, starring Lansbury.

Lansbury and Shaw welcomed their first child together, son Anthony Pullen Shaw, in 1952. Anthony would eventually grow up to be an actor himself, starring in the 1977 film The Spy Who Loved Me, as well as a director. He is a father of three with wife Lee Speer Webster, who he married in 1980.

She struggled to find balance after welcoming her daughter Deirdre.

The Beauty and the Beast actress welcomed her first daughter, Deirdre, in 1953, and she opened up to Closer Weekly about how she struggled to find a balance between motherhood and her career.

“As soon as I had the babies I went on a diet and I was back in business,” she once recalled but admitted that it was one of the worst decisions that she could ever make. “I regret that. You have to be with your children.”

Deirdre and her husband Enzo Battara opened up an Italian restaurant, Enzo & Angela, in Los Angeles, and I think that tribute in the name shows she grew up loving her mom.

A big move to Ireland to put her family first for good.

When the family of five was living in Malibu, Lansbury says her children began to struggle with addiction. And so she and her husband made the decision to move to Ireland, she told the National Enquirer. “It started with cannabis but moved on to heroin. I said to Peter, ‘We have to leave.’ So we upped sticks and moved the family to a house I found in County Cork … I refused all work for a year and simply kept house.”

Lansbury lived to be 96 years old. She had a family who loved her and an incredible career.