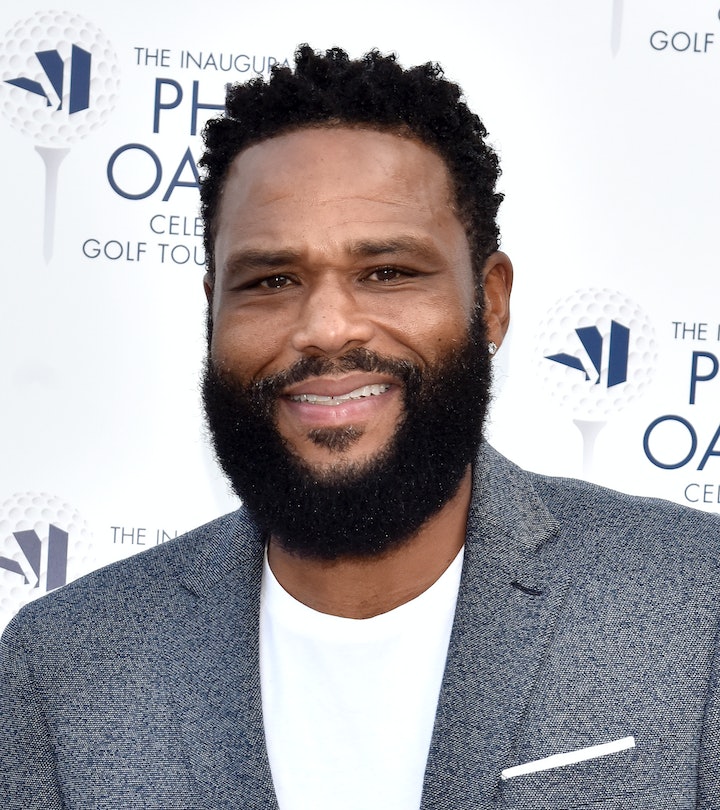 The Emmy-nominated Black-ish actor values health and family above everything else.

Anthony Anderson is the star and executive producer of ABC's Black-ish. The sitcom is up for six Emmy nominations, including Anthony for Outstanding Lead Actor in a comedy series. Right now, the 51-year-old actor and comedian is preparing to tape the eighth and final season of the show that he’s grown to love.

“I’m looking forward to how we’re going to wrap up this series,” Anderson, who plays Dre Johnson, said in a trailer for season 8 of the ABC hit show.

Aside from playing a ‘woke’ TV dad in ABC’s Black-ish, in real life, Anderson is a loving husband and father of two. Plus, he’s a college student.

He met his wife in college

Anderson’s wife is Alvina Anderson. Her Instagram account is private and little is known about her background. However, the Emmy-nominated Black-ish star shared that he met his wife while the two were attending Howard University.

“It was her first week, not my first week,” he told Jimmy Fallon during his appearance on The Tonight Show in 2018.

According to her husband, Alvina lives a very active lifestyle.

“My wife’s become an avid gym rat, and she inspires me,” he told The Los Angeles Times about his journey on combatting weight loss and diabetes. “My children are fit too and also help me keep going.”

Anderson told the LA Times in the 2013 interview that when he was diagnosed with Type 2 diabetes, his quality of life was not the best.

“So I watched my dad slowly die from this disease, and I vowed never to let that happen to my wife and children, and it jump-started me into becoming healthier.”

Needless to say, Alvina is a motivator for Anderson to stay healthy.

The couple has two kids

Anthony and Alvina are parents to Kyra, 25, and Nathan, 21. Kyra is a postpartum doula and lives in Houston, according to her Instagram. According to Anthony, Kyra graduated from the University of San Diego and has a degree in sociology and ethnic studies.

Anthony and Nathan are in school together

Like son, like the father in this case. Anderson was forced to quit school due to insufficient funds.

“I was paying for college myself and I ran out of money after my junior year,” the Barbershop star shared with Fallon.

But after dropping off his son at college, it seemed he was inspired by education. Anderson said he spoke to HU’s president about creating an online curriculum he could do at home so he could graduate with his son in 2022.

“So I have four years to finish one year of college,” he shared with Fallon in 2018. Let’s hope we’ll have a double graduation celebration for both of them in 2022.

The celebration will align greatly with the final season premiere of Black-ish, expected in January 2022. In the meantime, catch up on previous seasons of Black-ish on Hulu.