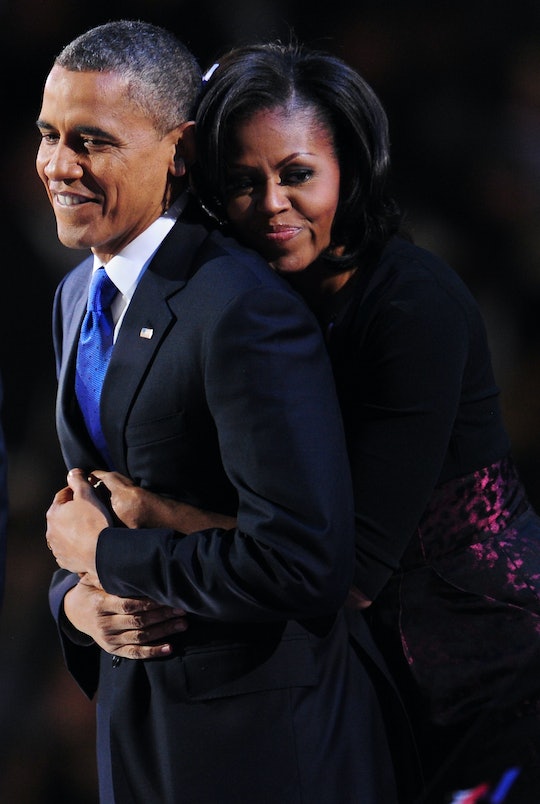 Three decades later, these two are still crazy about each other.

It’s been 30 years around the sun for the Obamas! Barack and Michelle Obama celebrated their 30th anniversary on Oct. 3 with a serenade of heartfelt images of them and caption to each other shared on social media. So grab a tissue, the sweet posts are definitely tear-jerkers.

The former president shared two images of himself and his wife on Twitter; one from their wedding day and a recent photo of them on the beach. “Miche,” he tweeted. “After 30 years, I’m not sure why you look exactly the same and I don’t. I do know that I won the lottery that day — that I couldn’t have asked for a better life partner. Happy anniversary, sweetheart!” On his Instagram, Obama also posted a picture of their names spelled out in the sand at the beach with a heart around them.

The former first lady tweeted in return, “Happy anniversary to the man I love! These last 30 years have been an adventure, and I’m grateful to have you by my side. Here’s to a lifetime together. I love you, @BarackObama!”

The Obamas got married on Oct. 3, 1992. During an appearance on The Ellen DeGeneres Show in April, the Becoming author opened up on how their time in the White House impacted their marriage. “That time in the White House, because we were working on hard things all the time, it brought us closer. We had to be each other's best friends,” Michelle said. “We lived in the bubble with each other, we had to learn how to get along because that was the person I was seeing all the time. We understand what we both went through and we have that unique experience.”

President Obama has also spoken candidly about their marriage over the years and said his time as president really tested their union at times. “We went through our rough patches in the White House as she's written about and she's talked about,” he told Oprah Winfrey in a 2020 interview while promoting his autography, The Promised Land. “I'll tell you the thing I think we were good about was talking stuff through, never losing fundamental love and respect for each other and prioritizing our kids.”

Indeed, their marriage continues to stand the test of time. During an unveiling of the couple’s official portraits at the White House last month, Obama gave his wife some spicy remarks about her good looks. “I want to thank Sharon Sprung for capturing everything I love about Michelle. Her grace, her intelligence, and the fact that she is fine,” he said. “She is. Her portrait is stunning.”

Needless to say after 30 years, the two are pretty much still crazy about one another.