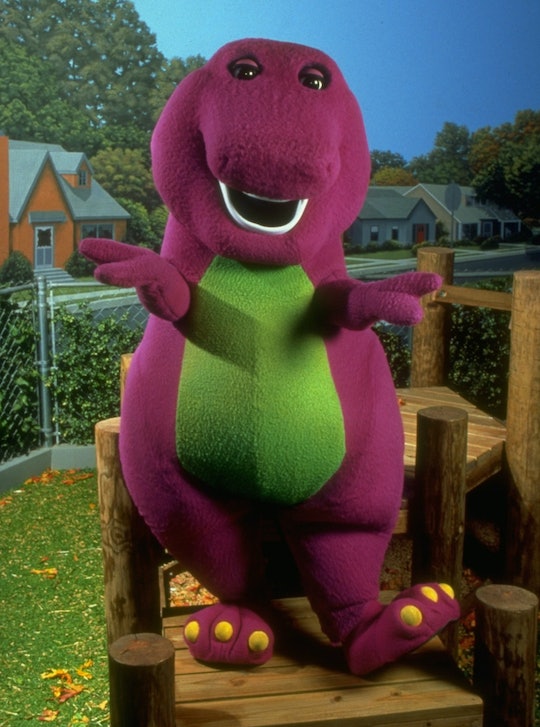 The hate was strong for the loving purple dinosaur.

Back in 1992, the world was introduced to a kind and loving purple dinosaur named Barney via his television series on PBS, Barney & Friends. All Barney wanted to do was sing and help preschoolers learn to be kind and basically just love everyone, no matter what. But, as a new docuseries coming to Peacock called I Love You, You Hate Me dives into, there was a whole world of people out there who were not willing to just let him be. And it’s seriously disturbing. Here’s what you need to know.

I Love You, You Hate Me goes back to the show’s beginning.

The iconic purple dinosaur who became a nationwide phenomenon was the brainchild of former teacher Sheryl Leach. She initially envisioned Barney as a big teddy bear, but her toddler son had recently gotten interested in dinosaurs. After taking her idea to Connecticut Public Television employee Larry Rifkin, Barney & Friends, a new series about love and kindness and friendship, was born. Which should have been the end of the story, perhaps, but as David Joyner, a performer for the show, explained in a clip from the new series I Love You, You Hate Me, “As [creator Sheryl Leach’s] beloved character was heading into the stratosphere, people couldn’t accept that this was just a show. And so, let the bashing begin.”

The show was hit with bizarre rumors.

After Barney & Friends began to gain popularity, it seems the series was hit with a whole slew of strange rumors. And violence. As seen in the trailer for I Love You, You Hate Me, people were lighting Barney dolls on fire and taking videos of the violence. Things got so violent, in fact, that Bob West, the voice of Barney, received death threats. “They were violent and explicit, death and dismemberment of my family,” he explained in the trailer. “They were going to come and find me, and they were going to kill me.”

There were also strange rumors of drugs being stored in Barney’s tail spreading, and this was before social media.

“I Love You, You Hate Me is a limited series chronicling the rise and fall of Barney the Dinosaur’s furious backlash — and what it says about the human need to hate,” the synopsis reads. “From Barney-bashing to frat parties to homicidal video games, something in American society broke into a million pieces, and it’s never been put together again… or is this just who we were all along?”

The docuseries director was a former Barney hater.

I Hate You, You Hate Me director Tommy Avallone told People that making this docuseries was especially important to him to make, for a personal reason from his childhood. “Barney came out on television when I was just 10 years old, and I admittedly didn’t understand him. As a teenager, for one of my birthdays I asked my aunt to make me a Barney costume, so my friends and I could beat him up on camera. Several years later, creating this docuseries, it feels good to be on the other side and no longer a Barney hater. Now having children of my own, I understand all the love that went into making the purple dinosaur.”

Where can you watch I Love You, You Hate Me?

The new docuseries will be available to stream on Peacock starting on Oct. 12. There will be two episodes of the series available.

It’s heartbreaking to remember the gentle kindness that was fostered on Barney & Friends and realize what the well-intentioned creators of the show went through. All in an effort to tell people that love is always a good idea.