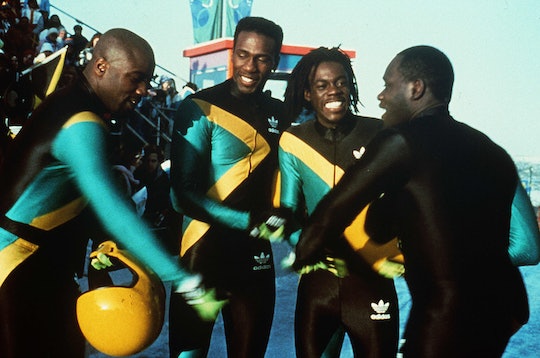 15 Thrilling Movies About The Olympics

Get excited for the Beijing Winter Games!

Olympic excitement is building once again for the 2022 Winter Games. And although China has moved not to sell tickets to the Games or to allow in-person international spectators due to health concerns, there’s still a lot to get excited about. But families don’t have to wait until the Games officially kick off with an Opening Ceremony on Feb. 4 to get hyped. Start getting into the Olympic spirit now with these 15 Olympic movies, all of which are available to stream online right now.

From an animated movie about animals competing in Olympic events to inspiring true tales of athletic determination, there’s something for each member of the family on this list. Young children might enjoy the fun of Animalympics, which follows animals from every continent as they compete against each other in everything from gymnastics to sprinting. Or gather the entire family for Cool Runnings, a comedic film based loosely on the real-life story of Jamaica’s debut entry in Olympic bobsledding — a perfect introduction to the Winter Olympics.

Dive even farther into the sports that make up the Winter Games with Eddie the Eagle, a film about British skier Michael Edwards, or Miracle, a Disney film about how the 1980 U.S. Olympic hockey team.

Once the kids are in bed, consider watching Athlete A, a Netflix documentary about the sexual assault allegations levied against USA Gymnastics doctor Larry Nassar. Or opt for the dark humor of I, Tonya, which centers around the 1994 attack on figure skater Nancy Kerrigan and fellow skater Tonya Harding’s alleged involvement.

For an inspirational look at what it takes to become an elite Olympic athlete, consider Rising Phoenix, a documentary film that follows nine Paralympic athletes, or The Simone Biles Story: Courage to Soar, a biographical sports film based on Simone Biles’ book of a similar name.

While not every movie on this list is recommended — or even suitable — for children, there’s plenty to get everyone in the family excited for the upcoming Winter Games.

This article was originally published on July 2, 2021