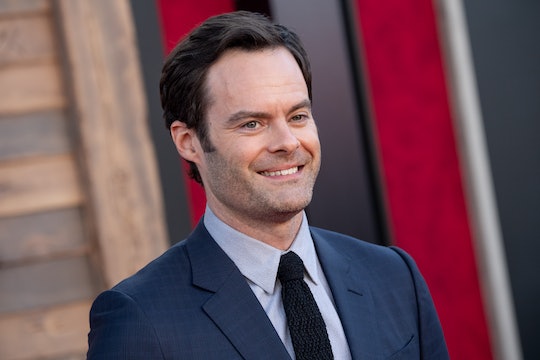 “They just want me to be their dad.”

Don’t even bother asking Bill Hader about his dating life because he’s not going to have that discussion. And for good reason. The Barry star shared in a recent interview that he avoids the subject in order to protect his three daughters who don’t really want to be reading about their dad’s love life if they can avoid it.

While speaking with The Hollywood Reporter recently, Hader was asked about his dating life. He politely declined to respond for three important reasons: his daughters with ex-wife Maggie Carey, 12-year-old Hannah, 10-year-old Harper, and 7-year-old Hayley.

Since he and Carey divorced after a decade of marriage in 2018, Hader reportedly dated Rachel Bilson and is rumored to be dating Anna Kendrick currently. “Bill and Anna are in love and very happy in their relationship, and enjoying their time together,” a source told Entertainment Tonight in March.

Like most parents, Hader has also spent a lot of time worrying about his daughters during the pandemic. And found himself surprised with how well they coped. “Maggie and I were just trying to keep them calm,” he told The Hollywood Reporter. “And then, weirdly, it was the other way around. They would really keep us calm.”

In recent years, Hader has opened up about trying to find a better career balance to spend more time with his daughters. “I think I saw my kids a total of five days all summer. It was terrible,” Hader said in a 2019 interview with Variety. “I'm going, ‘Next summer I'm taking off. And I'm going to spend every day with them.’ It's this weird thing where when you're in this industry, you don't have time to be with them, and it's really, really difficult. I'm getting emotional right now talking about it.”

If ever you needed a reason to fall in love with Bill Hader, let it be this; he clearly loves his daughters. Enough to protect them from the potential discomfort of reading about their dad’s love life in the tabloids. He’s giving them the chance to see him as just their dad without anything else attached. And that’s a seriously beautiful gift to give his kids.