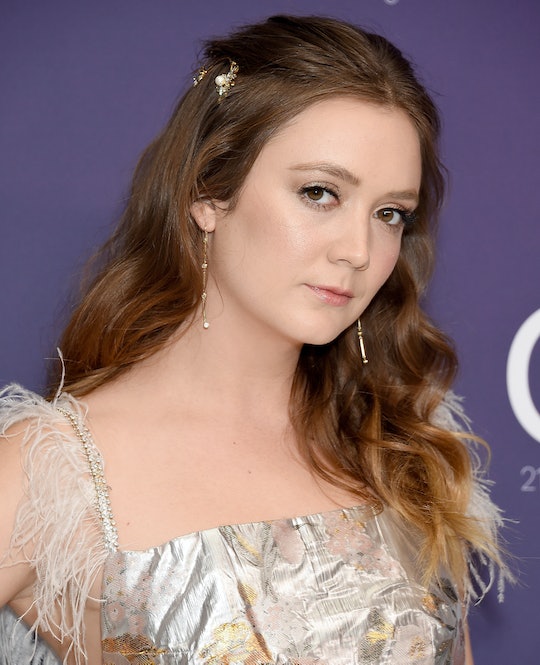 The actress celebrated two months of motherhood with a never-before-seen maternity photo.

After secretly giving birth to her first child earlier this year, Billie Lourd shared a throwback photo from her pregnancy and gave us a never-before-seen glimpse inside those very private nine months.

More Like This
Halle Berry Shared A Beautiful Throwback Pregnancy Photo On Mother’s Day
Ben Affleck Shared A Cute Halloween Photo With Jennifer Garner & Their Kids On Instagram
Max Greenfield's Son Ozzie Is Every Kid In This Hilarious "Teacher Appreciation" Photo
Adele Shares New, Never-Before-Seen Photos Of Herself Looking So Happy On Her Birthday

Over the weekend, Lourd posted a gorgeous black and white photo on Instagram, which showed the 28-year-old actress in a gorgeous, flowy off-the-shoulder dress while holding her bump. While she didn't give any details about when the photo was taken, the Scream Queens actress used emojis in the caption of the post to spell out "two months," which is when welcomed her son with fiancé, Austen Rydell. On Sept. 24. Lourd announced on Instagram that she had given birth to a son — Kingston Fisher Lourd Rydell — named after her late mom, Carrie Fisher.

Unsurprisingly, the new mom's famous friends and followers are loving this inside look into the time she kept out of the public eye. "Oh my goshhhhhhh," Booksmart director, Olivia Wilde, commented. "Breathtaking!!!!!," Ava Phillippe added.

Lourd still has yet to share a photo showing her son's face or reveal too much about him beyond his name. But during a recent Instagram Live interview with actress Leslie Grossman, she did share that the first two months of motherhood have been great and her little boy is an "angel."

"He is an angel," Lourd told Grossman of her son. "He's the king. The most demanding, tiny boss a gal could ever have. It's wild. No one has ever liked my boobs this much in my life."